SELECT YOUR COUNTRY
You are browsing United Kingdom site, but it appears you are located in.
How would you like to proceed?
Continue to
Close Advice
Please be advised that changing your location while shopping will remove all contents from shopping bag
Ship to another country
9 Dec 2022

An outstanding result for A.S. Monaco Basket who beat Real Madrid in the Spanish capital in overtime 95 to 94.
Once again Mike James saved the day. In fact, with an exceptional shot, a few seconds before the end of the game, when Monaco was trailing, 88 to 84, James found himself in front of the giant Walter Tavares who was trying to block him with his arms in the air and James shot, very high a ball with an incredible effect, that scored 3 points (88 to 87) but there was a foul on James, a free throw and the Monaco player also put that point that brought the Roca team in a tie 88 to 88.
The American scored 28 points and in overtime Obradovic's team won 95 to 94, leaving Real Madrid in disbelief.
The next Euroleague test, the Monaco team will have it at home when they host another very strong team, Barcelona, on 14 December. 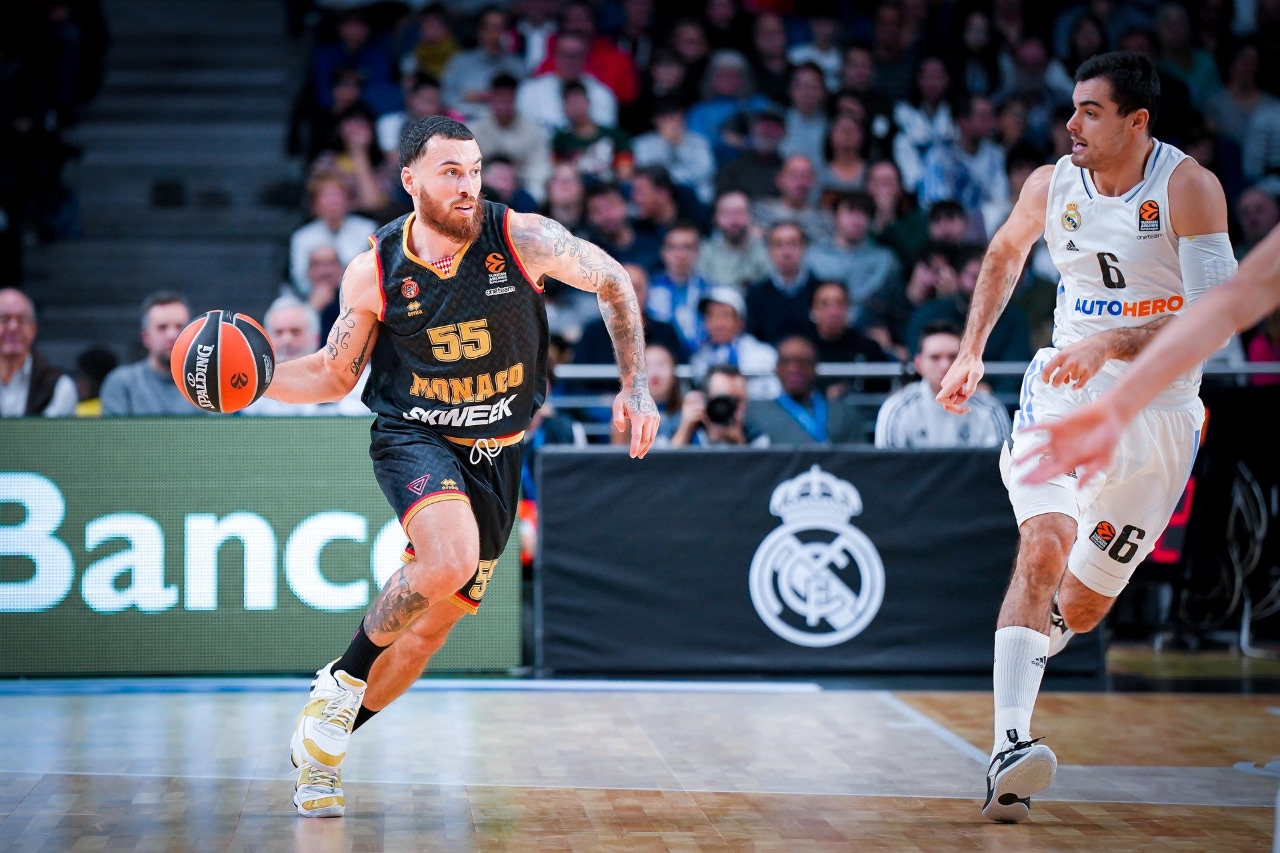