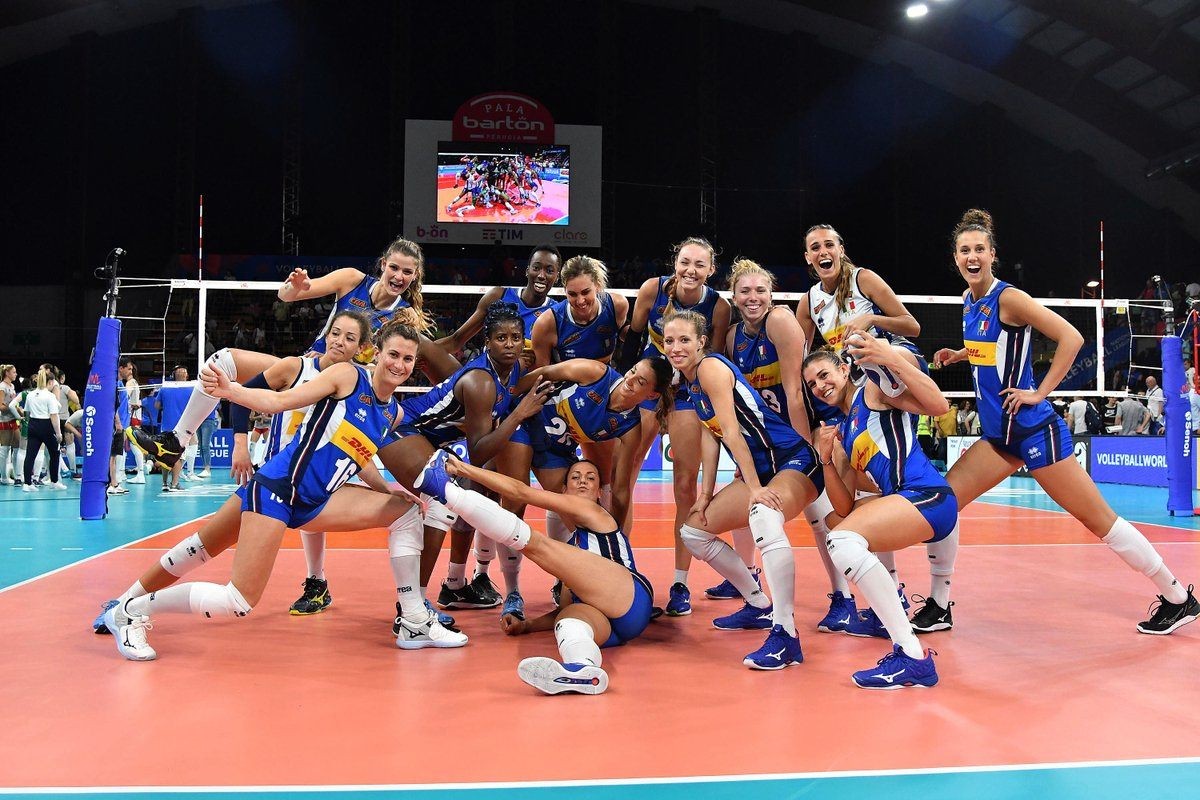 Italy is mathematically promoted to the Final Six of the Nations League.

With one round still left to play, the women of Mazzanti's Italian national volleyball team beat Russia 3-1 at the Pala Barton in Perugia to qualify for the finals in Nanjing (3-7 July). Having taken the lead, Italy’s pace grew still further in the third set, which they dominated from start to finish. In the fourth game the visitors tried to stay in touch, but Bosetti and her team mates asserted their superiority. Russia managed to close the gap significantly in the final segment but was nevertheless forced to yield (25-21), much to the delight of the 3500 spectators in the Pala Barton.

The Italian women will now take a two-day break before leaving for Ankara. The Turkish capital will be the setting for the fifth round of the VNL, the last of the preliminary phase, and the world championship runners up will meet Brazil (18 June at 3.00 pm), Turkey (19 June at 6.00 pm) and finally Belgium, the other Erreà team (20 June at 3.00 pm).