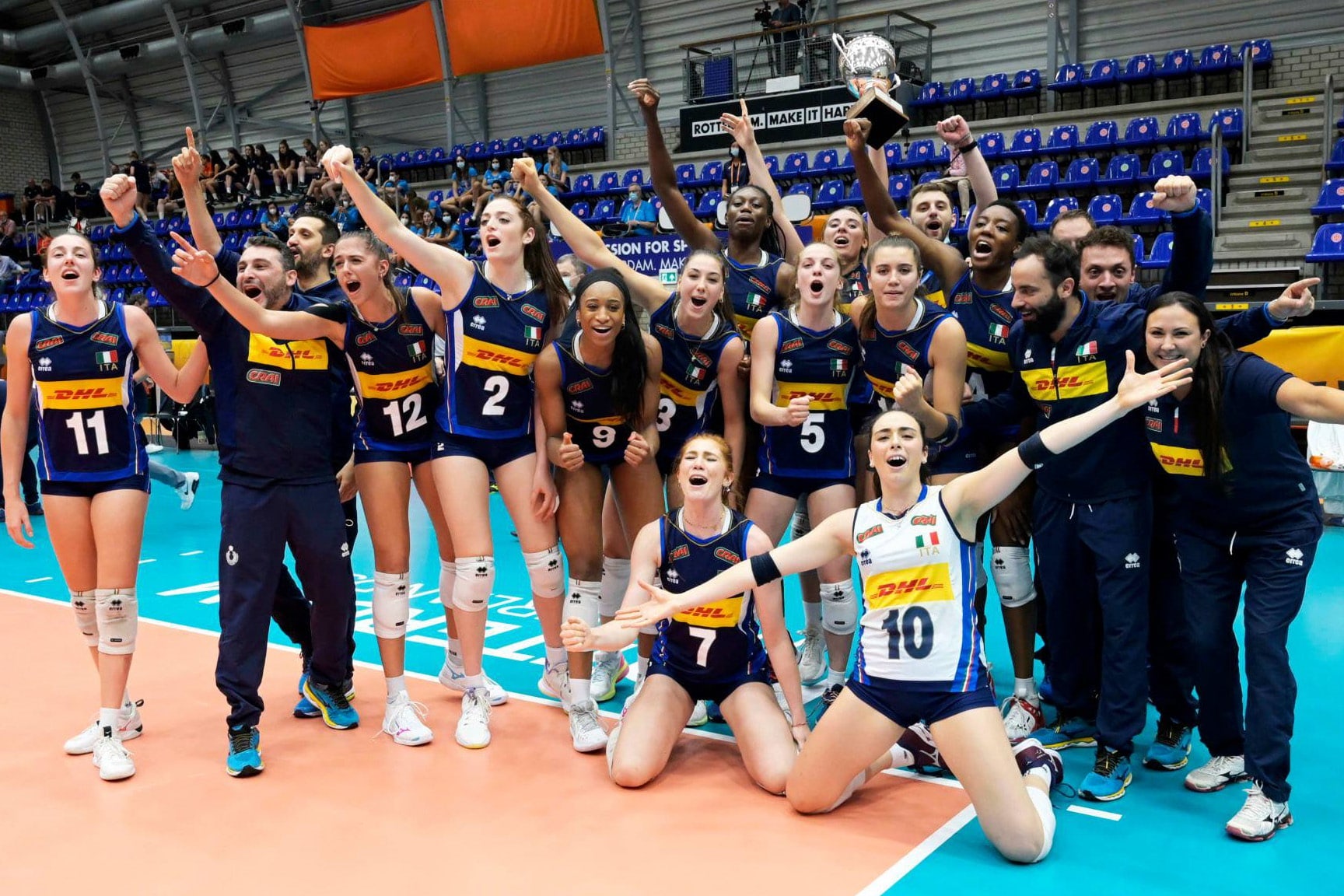 Massimo Bellano’s women’s under 20 national team have won the world title, beating Serbia 3-0 (25-18, 25-20, 25-23) in the final. Ten years after their success in Lima with Marco Mencarelli, the young Italian women have once again won the most coveted title at a junior level.

The victory by Massimo Bellano’s young players was a worthy end to a fantastic journey. Eight wins in as many games, strongly overcoming all their opponents. The same fate befell Serbia today, already soundly and emphatically beaten 3-0 in the rounds phase. Two years on from 2019, when the Italian team won silver in Mexico, they are now on top of the world, having taken advantage of the work of Club Italia and the young women’s own teams.

Another satisfying result came from Pasquale D’Aniello’s young players, who won silver at the Girls’ U16 Youth European Volleyball Championship.