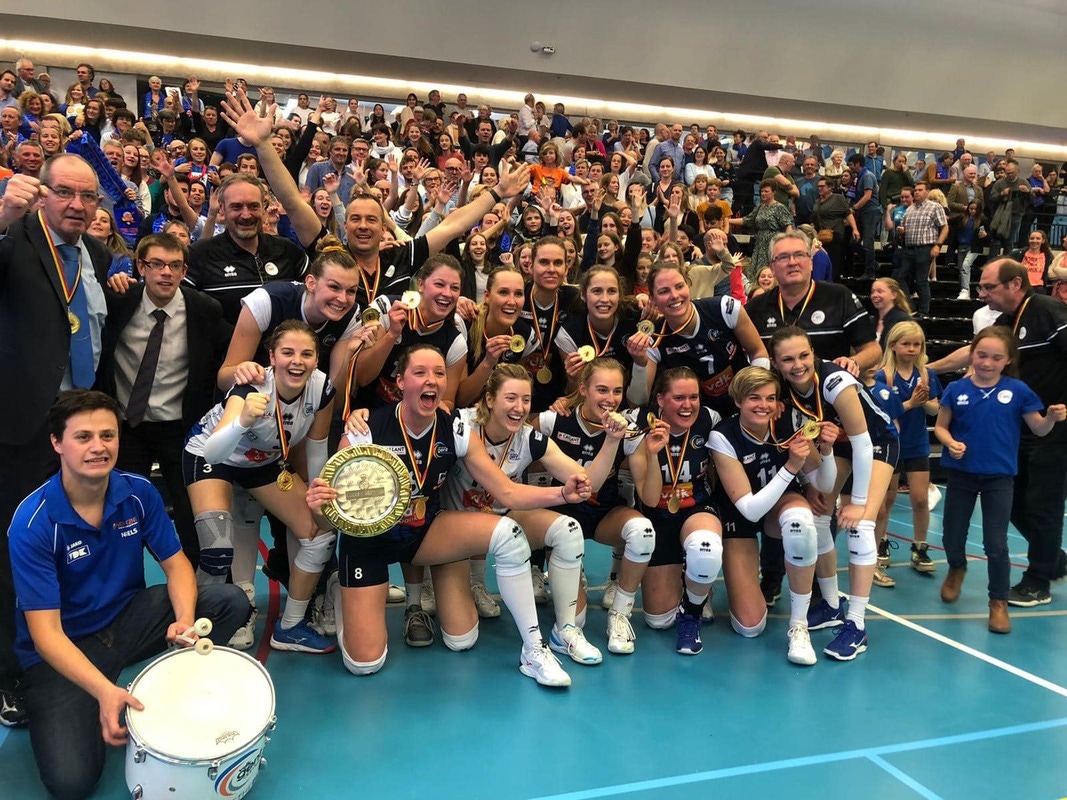 For the second time in their history, the volleyball players of the VDK Gent Dames win the Belgian championship.

The 2021/2022 season was a very successful one for the volleyball players of the VDK Gent Dames, who already proved in the basic round that they were the main favourites to win the national championship, which they finished without defeat with a record of 16 victories.

The play-offs were not so easy after two defeats, but in the end the Polish team Jaraco LVL won the championship 3-1 after three matches.