Umana Venezia Reyer: winning kit in the contest involving fans unveiled It will be the first new official shirt for 2020-2021 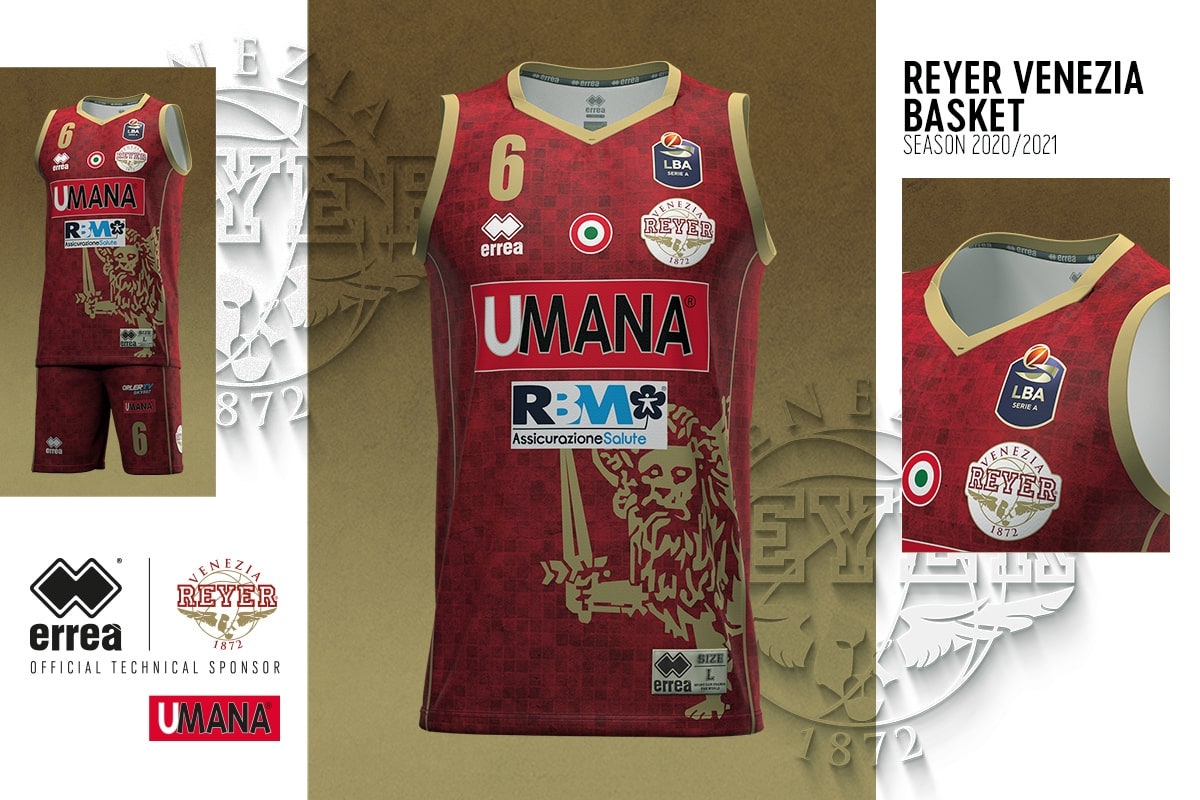 Here's the announcement many have been waiting for: after voting ended on the finalist entries in the contest that invited fans to design the team shirt, a winner has been declared. The winning design will become the new official kit for Umana Reyer in the next season.

Submitted by Fabio Casirati, it will be worn by the first teams in the Italian league games of the 2020/2021 season.

After ten days of voting, thousands of preferences were expressed by Reyer supporters. An enthusiasm that once again highlights the great passion for the team and the heightened hunger for basketball and emotions. Furthermore, a surprise is also in store for the runner up (design number 3 by Marco Dal Bon) which, thanks to the high number of votes received, has earned itself a second chance. 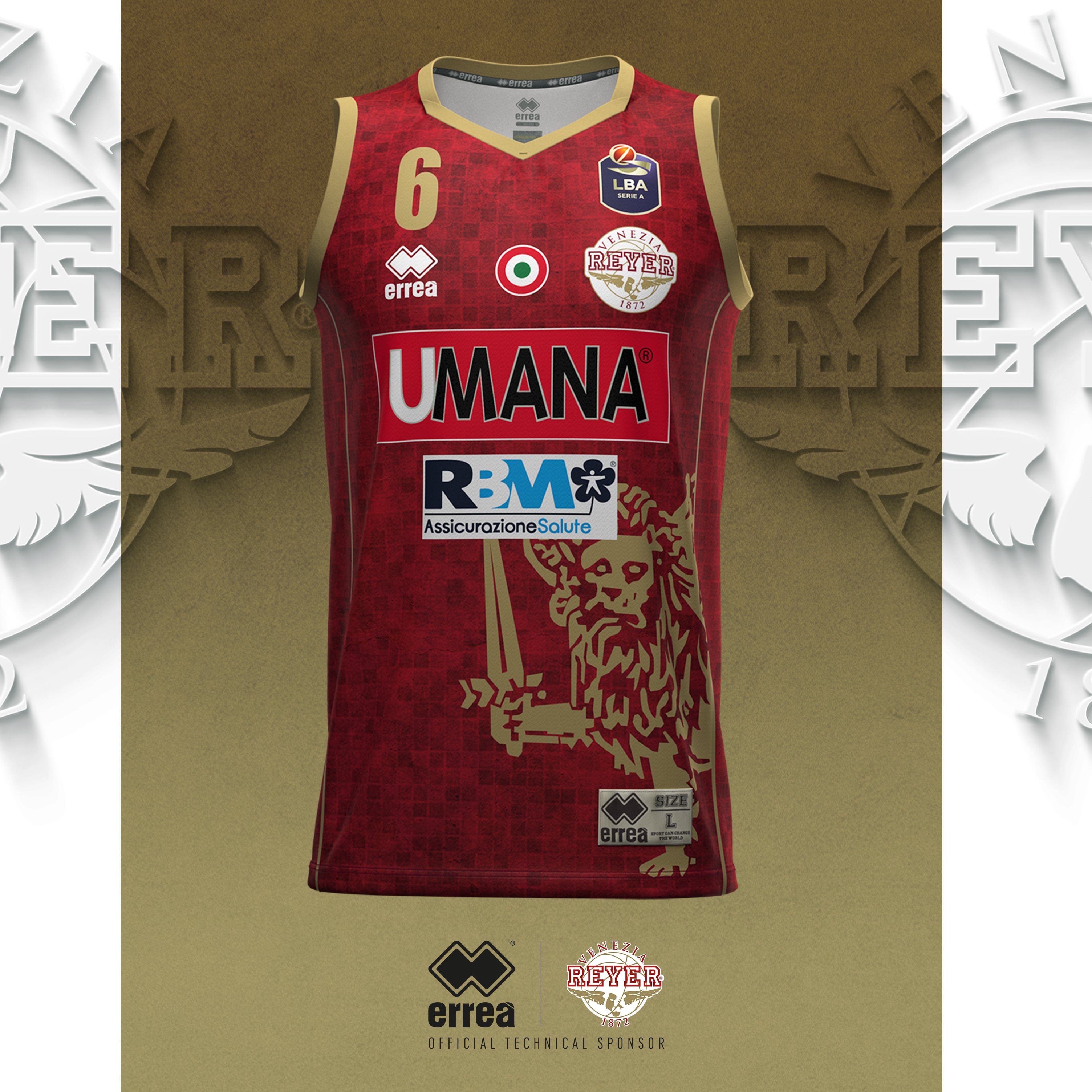 Erreà Sport, technical sponsor for Reyer for the tenth consecutive season, has created the winning shirt characterized by the bold image, in gold, of the Lion of Saint Mark on a textured garnet red background that recalls the mosaics found in the interior of St. Mark's Basilica. A dual reference, therefore, that of the lion and mosaic pattern, to St. Mark, for centuries the symbol of Venice. The result is a kit that reflects tradition and the city itself. The gold colour of the Lion is also used along the V-neck collar, around the armholes and in the fine trims that run down the sides.

The whole shirt is made from glossy, stretchy mesh fabric with medium-sized holes that are perfect for assisting in body temperature regulation and wicking. A second kind of fabric, more opaque and extremely versatile, is used along the neck, the armholes and along the sides to highlight the perfect fit.

Like all Erreà garments, the new Umana Venezia Reyer uniform is Oeko-Tex Standard 100 certified; since 2007 this standard has been setting extremely strict limits on harmful substances, guaranteeing a high level of garment quality and safety.

Well done to all our finalists and all the fans who made this fantastic contest possible!