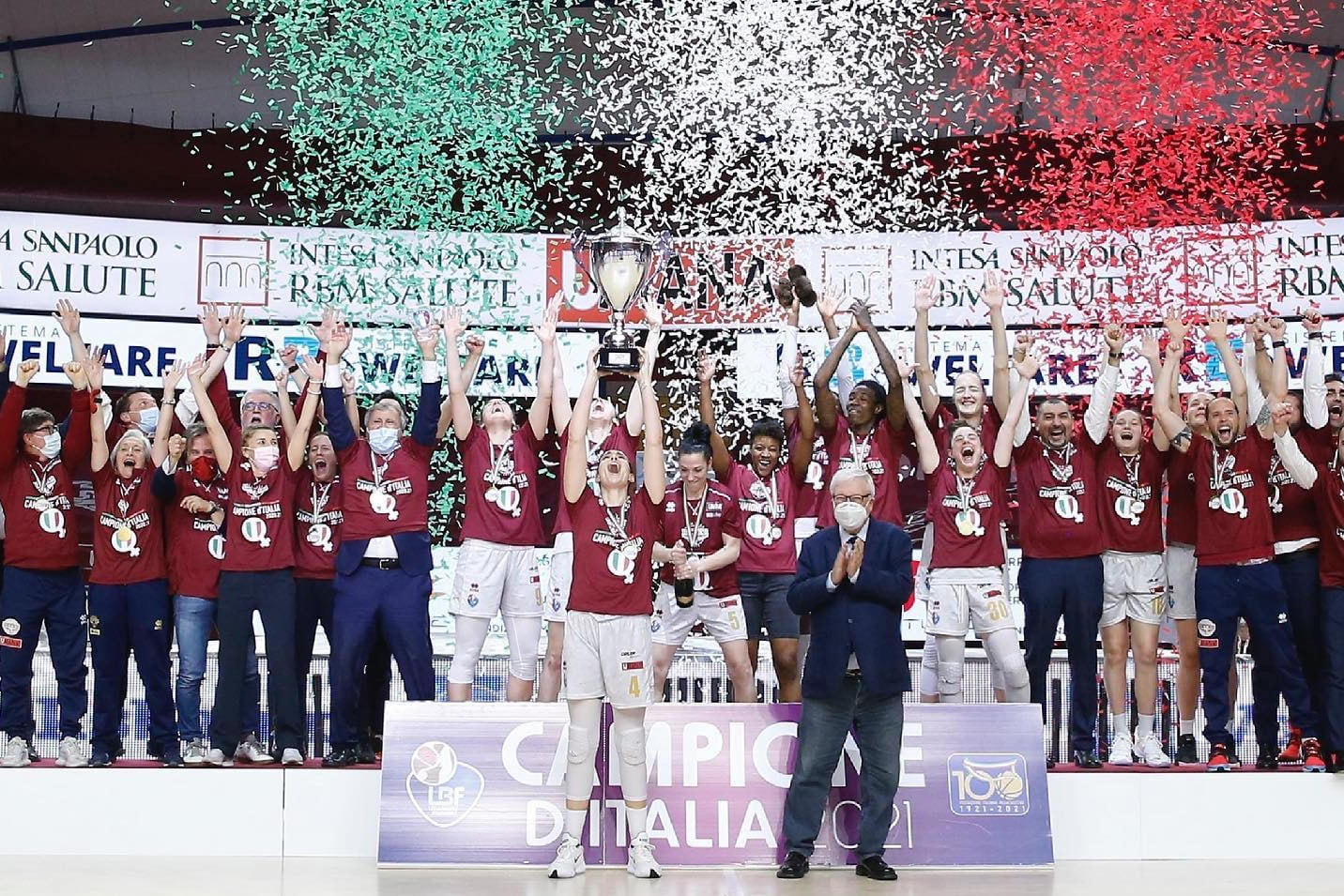 The championship title returns to Venice after 75 years. With the opposition not getting a look in match 5, Reyer's young players were proudly able to celebrate being Italy's top team.

Umana beat Schio, their age-old rivals, 72-58, in a match they dominated from start to finish, with Francesca Pan being voted MVP. Following two consecutive defeats in Match 3 and 4, the young women members of the Venetian team, playing at home in the Taliercio arena, found the drive and determination required to win the coveted title. Match 5 represented a showdown between the two most powerful teams in Italian and Venetian women's basketball.

The championship title rounded off what has been a memorable season for Reyer: four finals in as many competitions, with two extraordinary successes, winning the Championship and Super Cup.