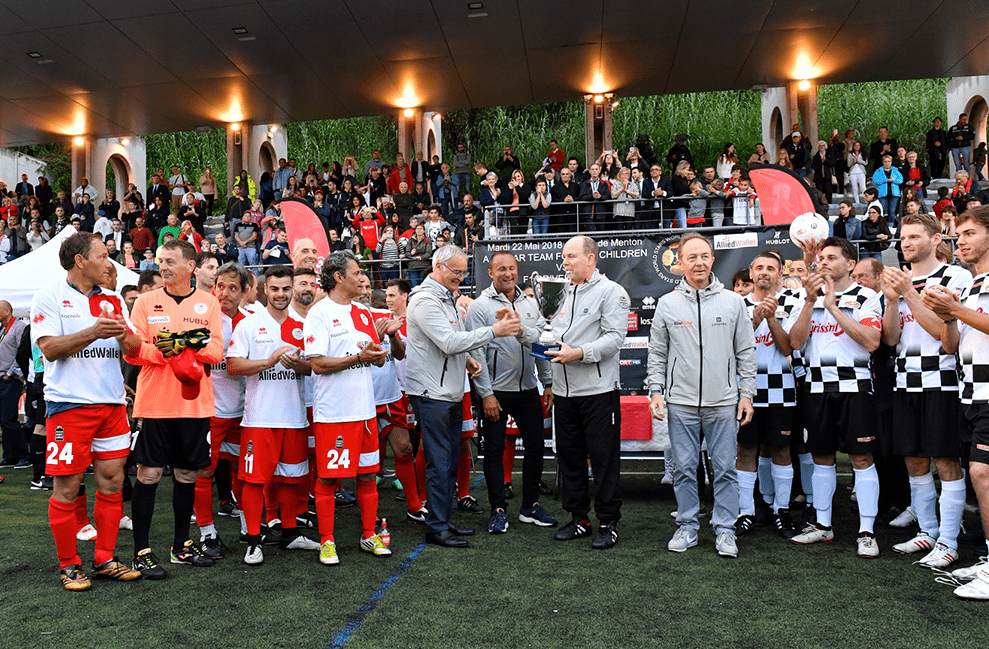 The 27th edition of the World Stars Football Match, a charitable game of football, was played on Tuesday 21 May at 7 pm at Monaco's Louis II Stadium.

The Star Team, kitted-out by Erreà, skippered by Prince Albert and made up of many celebrities such as Marco Simone, Max Biaggi and Dominik Paris, took on the Formula 1 Drivers Team whose players included champions of the calibre of Fernando Alonso, Sebastian Vettel, Antonio Giovinazzi and Charles Leclerc.

In keeping with tradition, the eagerly awaited match was played just three days before the Monaco Grand Prix. The charitable event is organised by Star Team, the association founded in 1993 by HRH Prince Albert II and the architect Mauro Serra. The funds collected will be donated to different humanitarian organisations working with needy children living in different parts of the world. Special guests included Jacques Villeneuve, Alain Prost, Jean Alesi and Carlos Sainz.