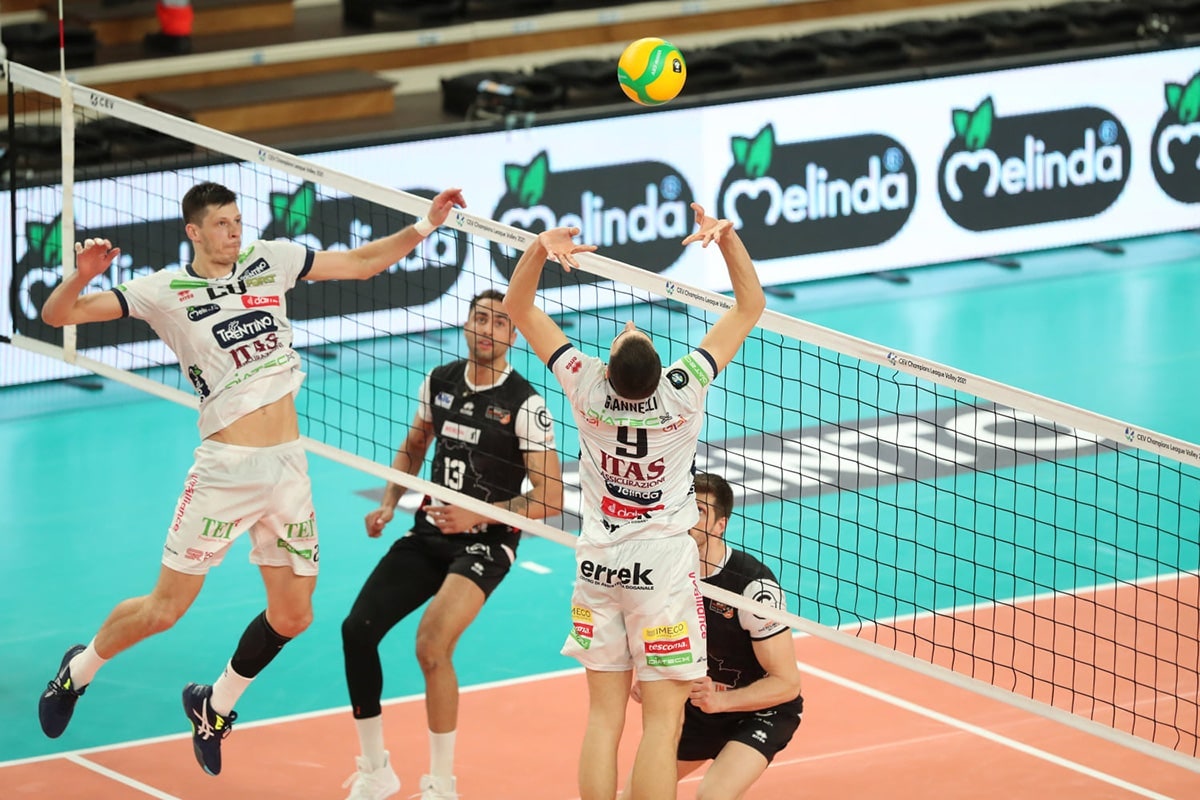 A fantastic victory over Berlin Recycling Volley, another Erreà team, has once again opened the doors of the CEV Champions League semi-finals to Trentino Volley, back among the four best teams in Europe after a five-year absence.

After a 3 -1 win in the first leg, Lorenzetti's team beat the Germans again in the return match at the Blm Group Arena, this time by three sets to nil.

In the semi-finals the Yellow & Blues will play against Perugia (who knocked out Modena, while Lube Volley, under their new coach, Gianlorenzo "Chicco" Blengini also said goodbye to the competition). Their victory over Berlin takes the team to a total of 11 wins in as many games in the current edition of Europe's top competition for men's volleyball clubs.  The first leg of the semi-final will be played on Wednesday 17 March at the Blm Group Arena, with the return match scheduled for 24 March in Umbria. The final, on the other hand, will be held in Verona on 1 May.