The ultimate in uniqueness and customisation: Erreà presents Print iD 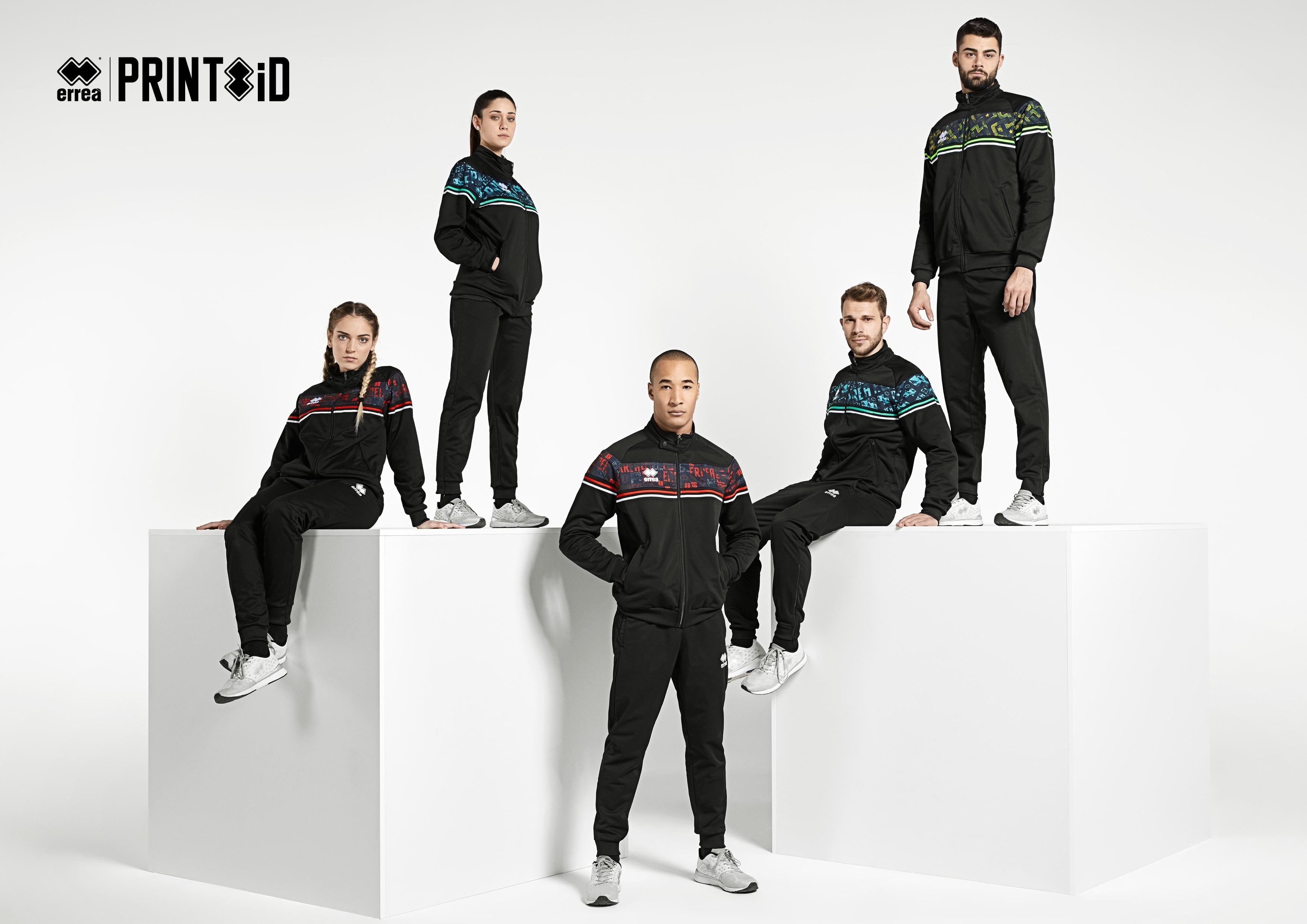 Erreà Sport presents Print iD, a new revolutionary product concept that once again focuses on the concept of customisation, exalting to the utmost, and even more strongly and incisively, the notion of identity and image.

Based on the concept of the new “Diamantis” strip, which includes a print, at the centre of the garment, Erreà uses Print iD to make a lot more space available for customisation to clubs and associations. It is a sort of “blank canvas” on which it is possible to make the wings of creativity fly and print designs, patterns, texts, inscriptions and iconic images, that will make the product increasingly distinctive and precious in its uniqueness 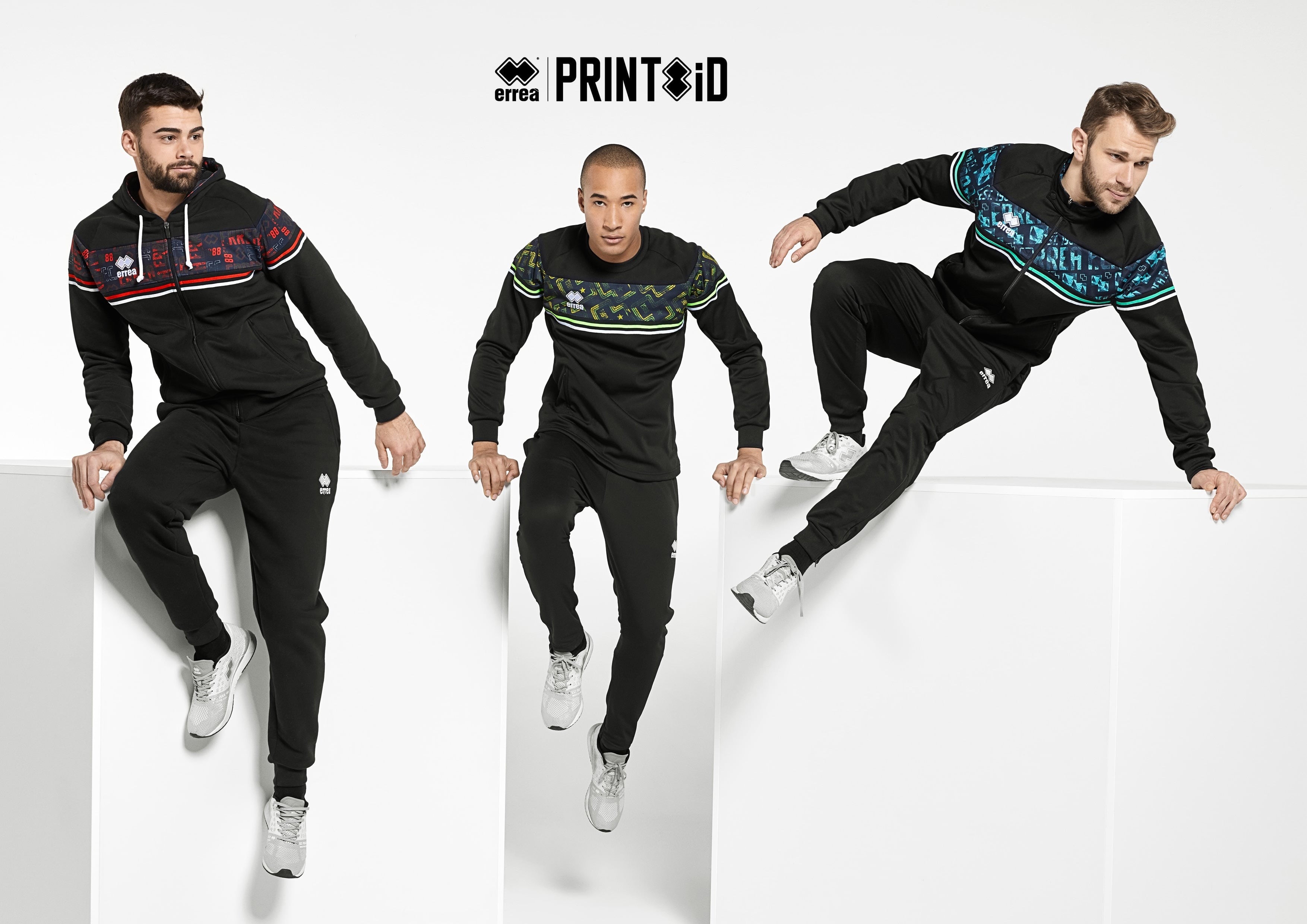 As is already apparent in the structure of the naming, where the word ‘Print’ is flanked by the acronym ‘iD’, the concept extends the possibility of customising from merely the simple stripe on the side to an entire transfer print on parts of the chest and the sleeves. In this way, while providing continuity and uniformity to the product’s communication and language, Print iD reinforces and exploits the entire power of customisation, that has always been Erreà’s excellence and crowning achievement. This is thanks to an extremely captivating concept for teams, that will have the possibility of creating truly iconic pieces with huge merchandising potential. 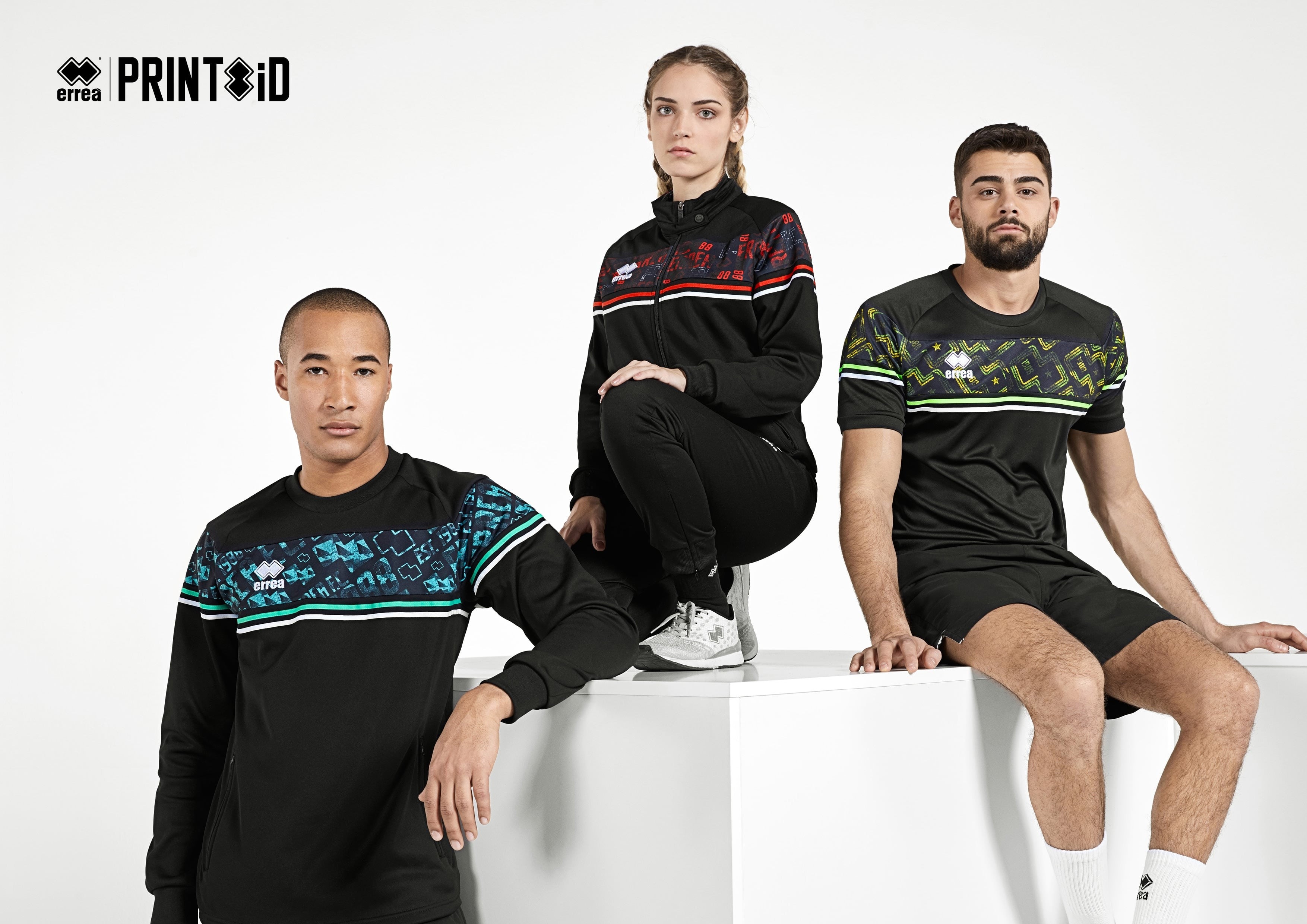 A new way of telling one’s story that will emphasise and raise the bar still further, when it comes to building one’s own exclusive and unmistakable identity.