The official technical partnership is signed between Erreà and Athletica Vaticana 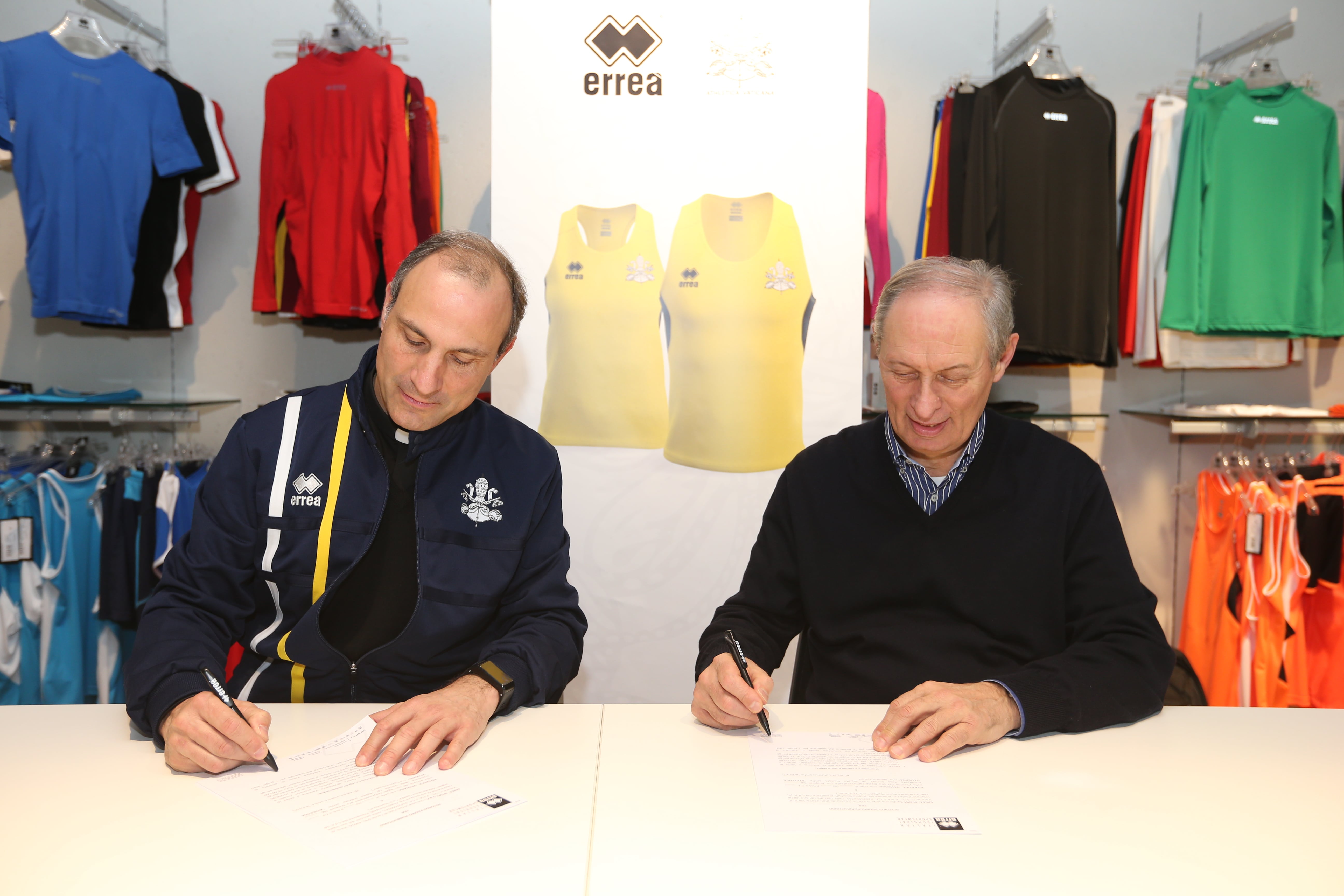 After the presentation of Athletica Vaticana and the bilateral agreement between the Holy See and the Italian National Olympic Committee (CONI), which took place in the Holy See on 10 January, the technical partnership between Erreà and the Vatican’s first ever sports association was officially formalised.

The agreement, signed at Erreà Sport headquarters in San Polo di Torrile, Parma, by the President of Athletica Vaticana, Monsignor Melchor Sanchez de Toca and Erreà Sport’s President, Angelo Gandolfi, means that Erreà will be the official technical sponsor for Athletica Vaticana for the two-year period, 2019-2020.

The collaboration between Erreà and Athletica Vaticana is founded on the shared ethical and moral principles that both of them have in common, and that have made this significant and unique partnership possible.

Priority values that are ingrained into Erreà's corporate values, and which have led to Athletica Vaticana appointing it as its technical sponsor. The fundamental respect for the health of athletes and consumers guaranteed by the Oeko-Tex Standard 100 Certification, which is an endorsement of the safety of Erreà products, the extreme attention paid to the quality of the fabrics and garments, were all decisive factors in the continuation of a collaboration which began profitably two years ago. 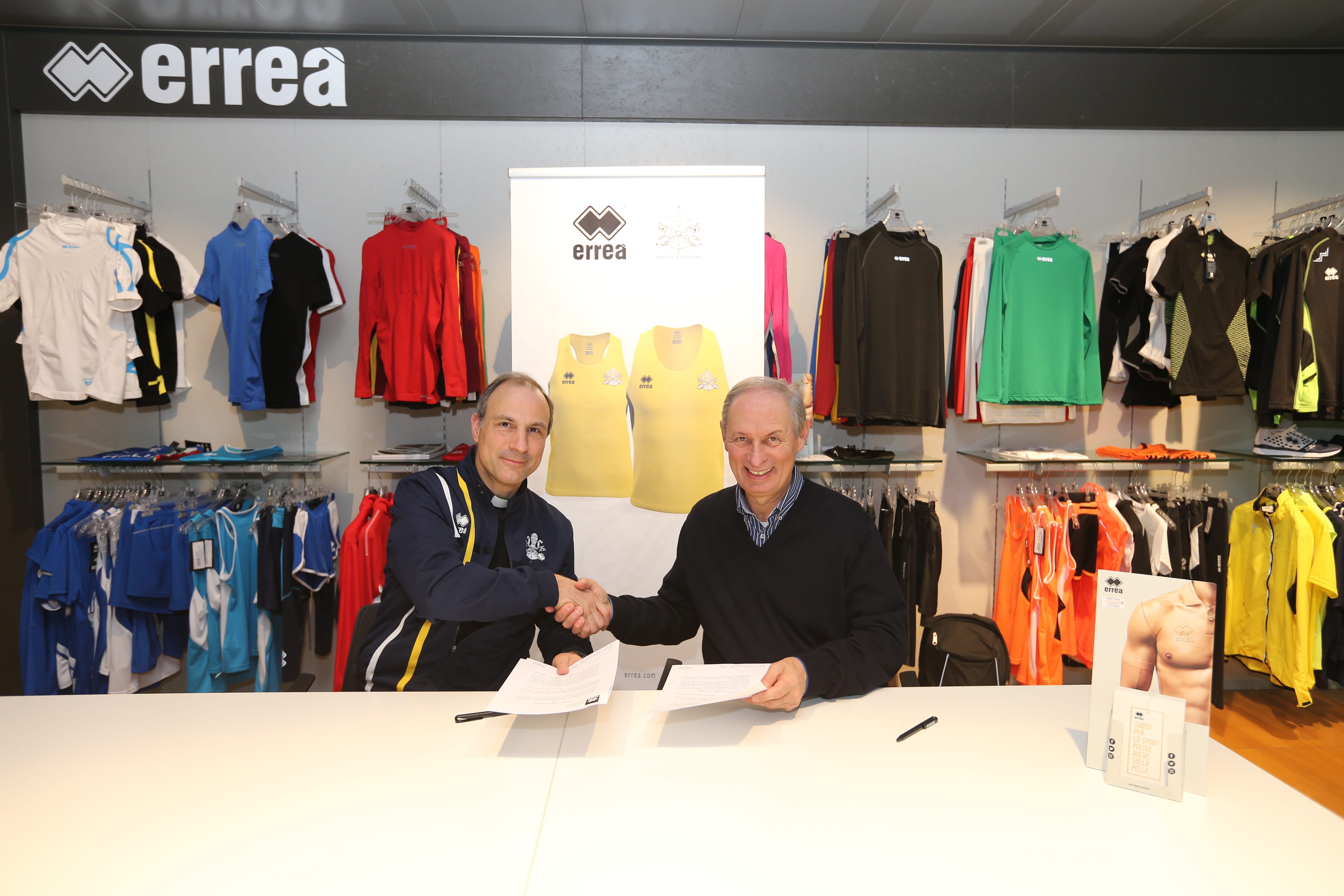