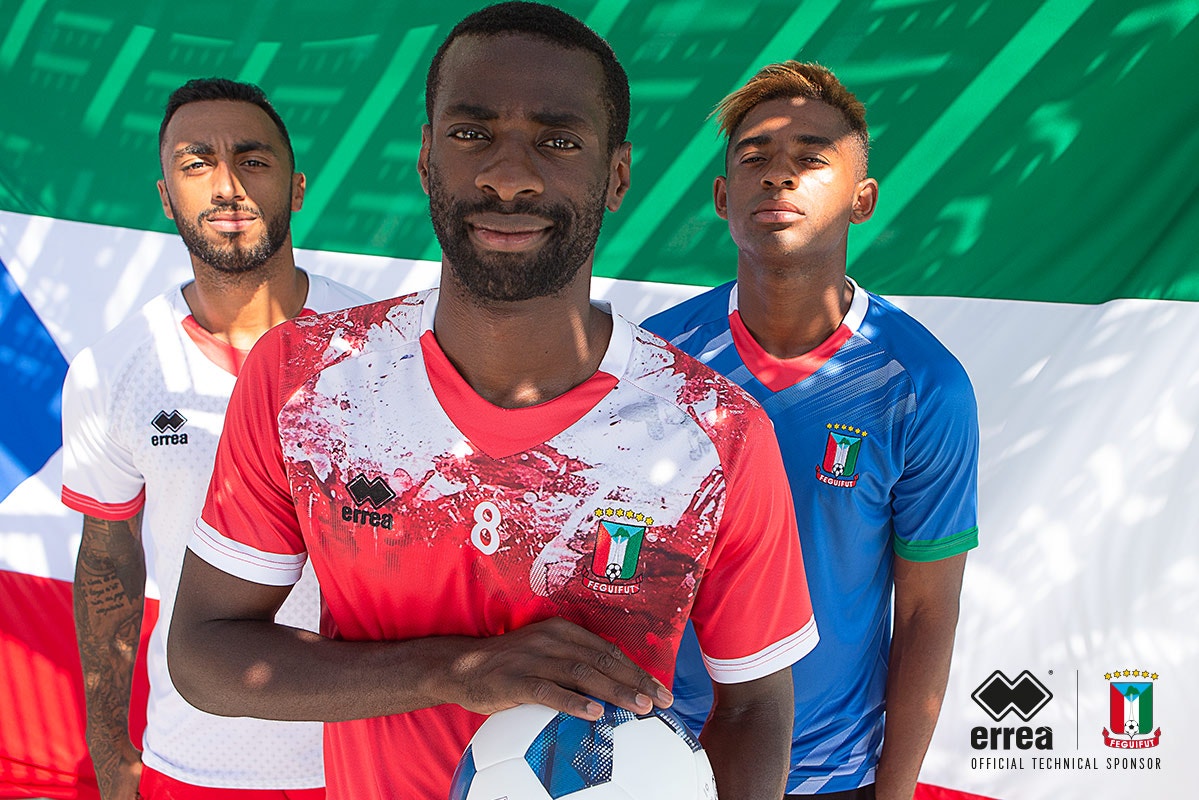 The new 2020-2021 kits made by Erreà Sport for FEGUIFUT (Federacion Ecuatoguineana de Fútbol) were revealed during a special photo shoot.

The two-year technical collaboration agreement was signed in Madrid in March by Erreà and FEGUIFUT, which is aiming to qualify for the forthcoming African Cup and the 2022 World Cup.

Specifically organised by Erreà and set in the stadium in Colorno (Parma), the photo shooting focused on the distinctive, original features of all three kits, with their extreme attention to detail and graphics that effectively highlight the style.

The two new shirts, for home and away fixtures, will be making their début in the two games against Libya for the 2021 African Cup, scheduled on neutral ground in Tunis on 2 September 2020 and for the return match, in the BATA stadium in Equatorial Guinea set for 8 September 2020.

Erreà and FEGUIFUT are working on the merchandising material of the competition shirts and the other clothing of the Equipo Absoluta A Mascolino (senior men’s team). 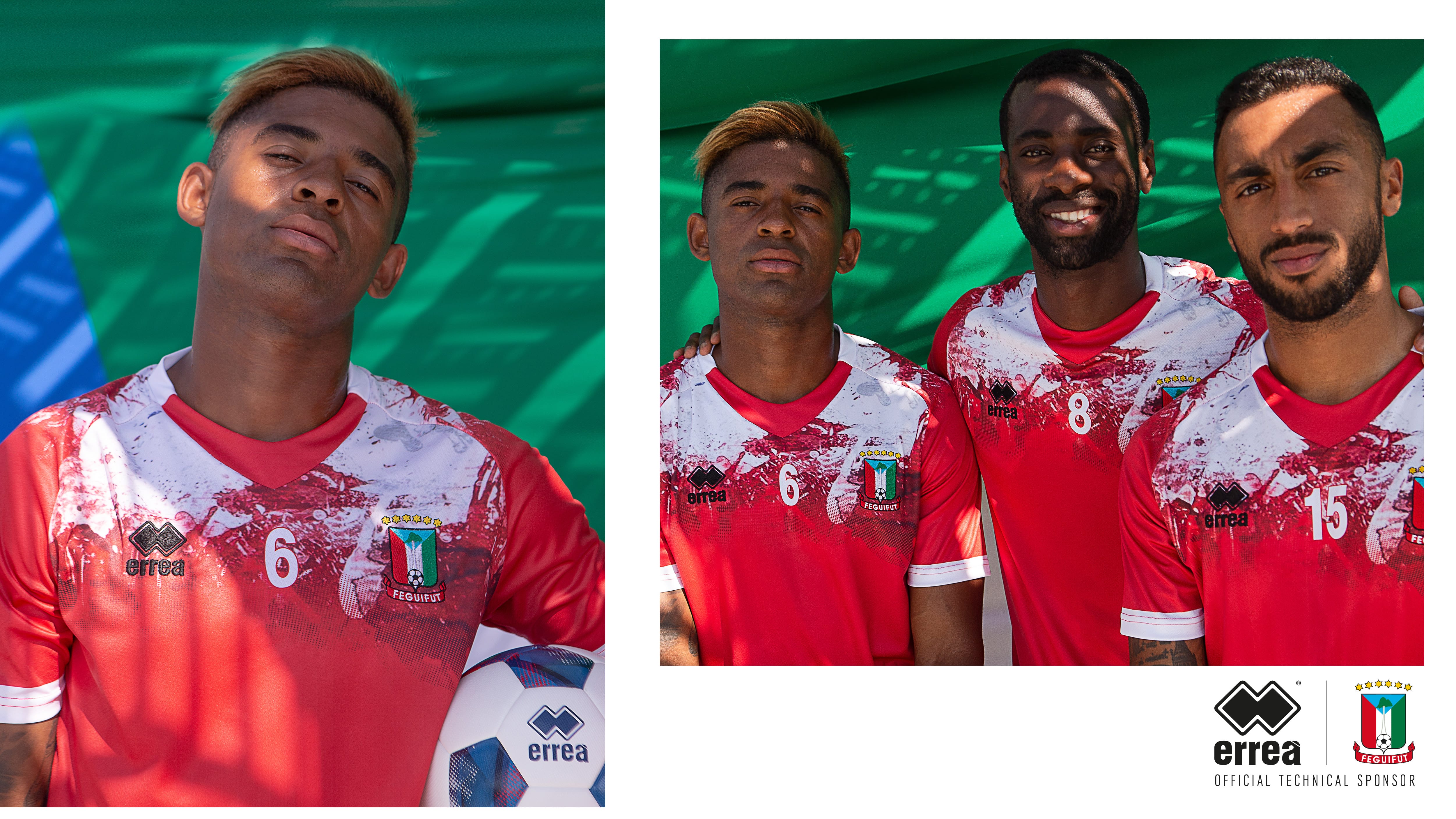