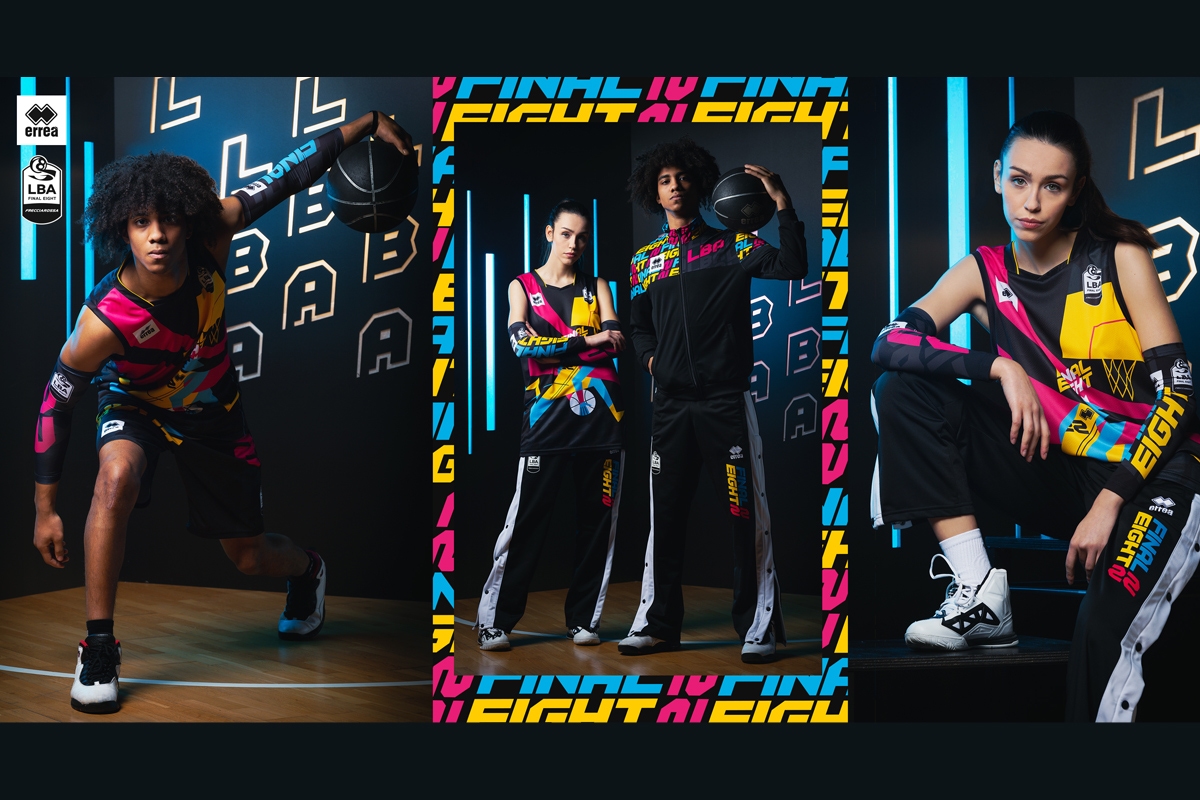 To mark the 2022 Men's Basketball Frecciarossa Final Eight taking place at the Vitrifrigo Arena in Pesaro from 16-20 February, Erreà Sport, the tournament's official technical sponsor, launches a special dedicated Event Collection for the second consecutive year, intended once again to celebrate the partnership between Erreà Sport and LBA.

The collection is the product of an impressive creative and experimental collaboration between the Parma-based company's Design Department and 2Bros Creative, which worked together to develop the lettering and designs. The result is a colour explosion in a modern and impactful style, with significant attention to detail.

The fuchsia, ochre and cyan illustrations, against a black background, mainly consist of lines, oblique, vertical and horizontal shapes, and geometric figures.

In addition to the main kit consisting of vest and shorts, the Capsule Collection includes a round-neck t-shirt and a sweatshirt that will be worn throughout the Final Eight by all LBA staff.

An original mode of expression, reinforcing the concept of customisation, which has always been a major strength of the company thanks to its production of unique items with enormous merchandising potential.

The t-shirt, vest and shorts will be on sale on the it.errea.com website from Thursday 10 February. 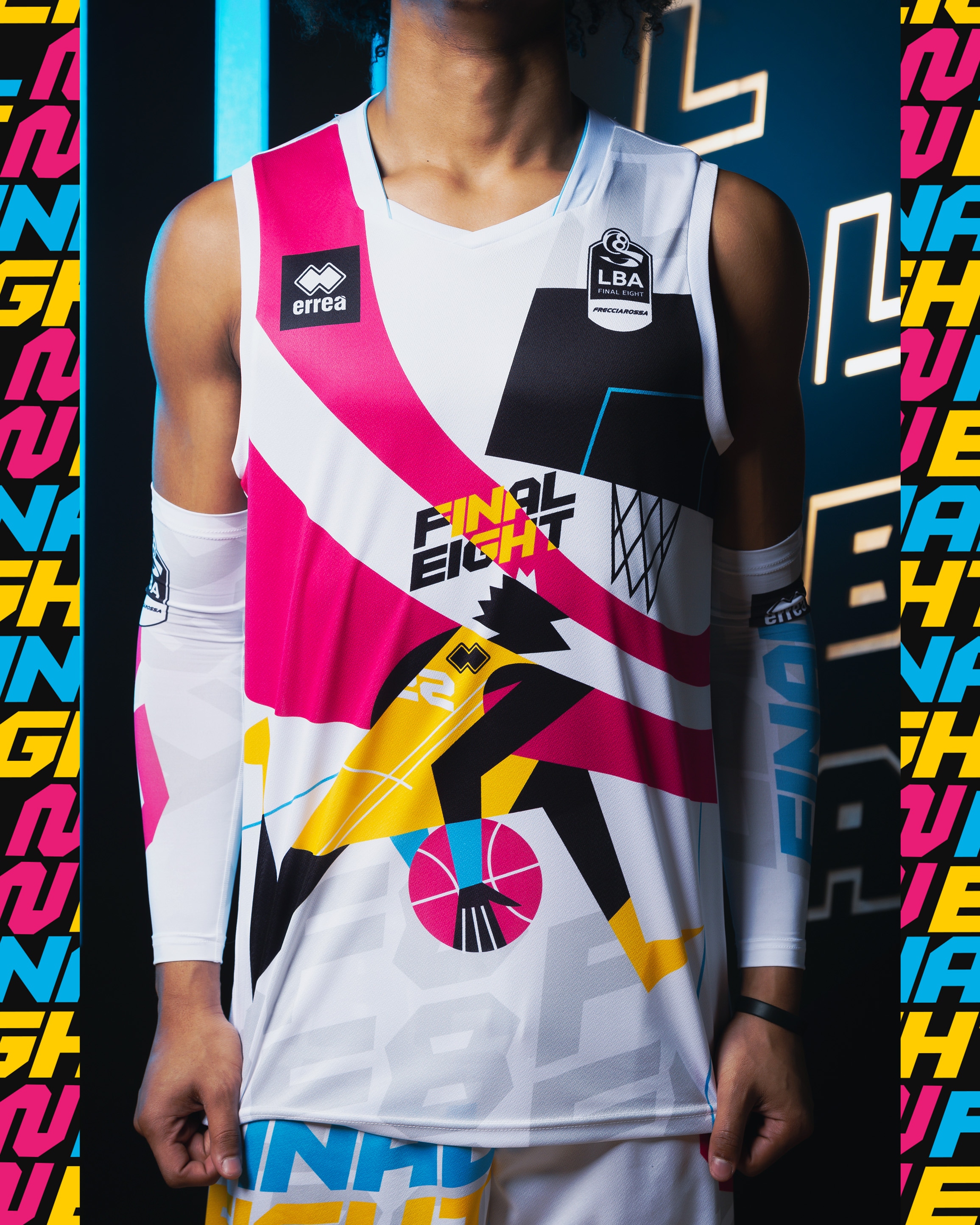 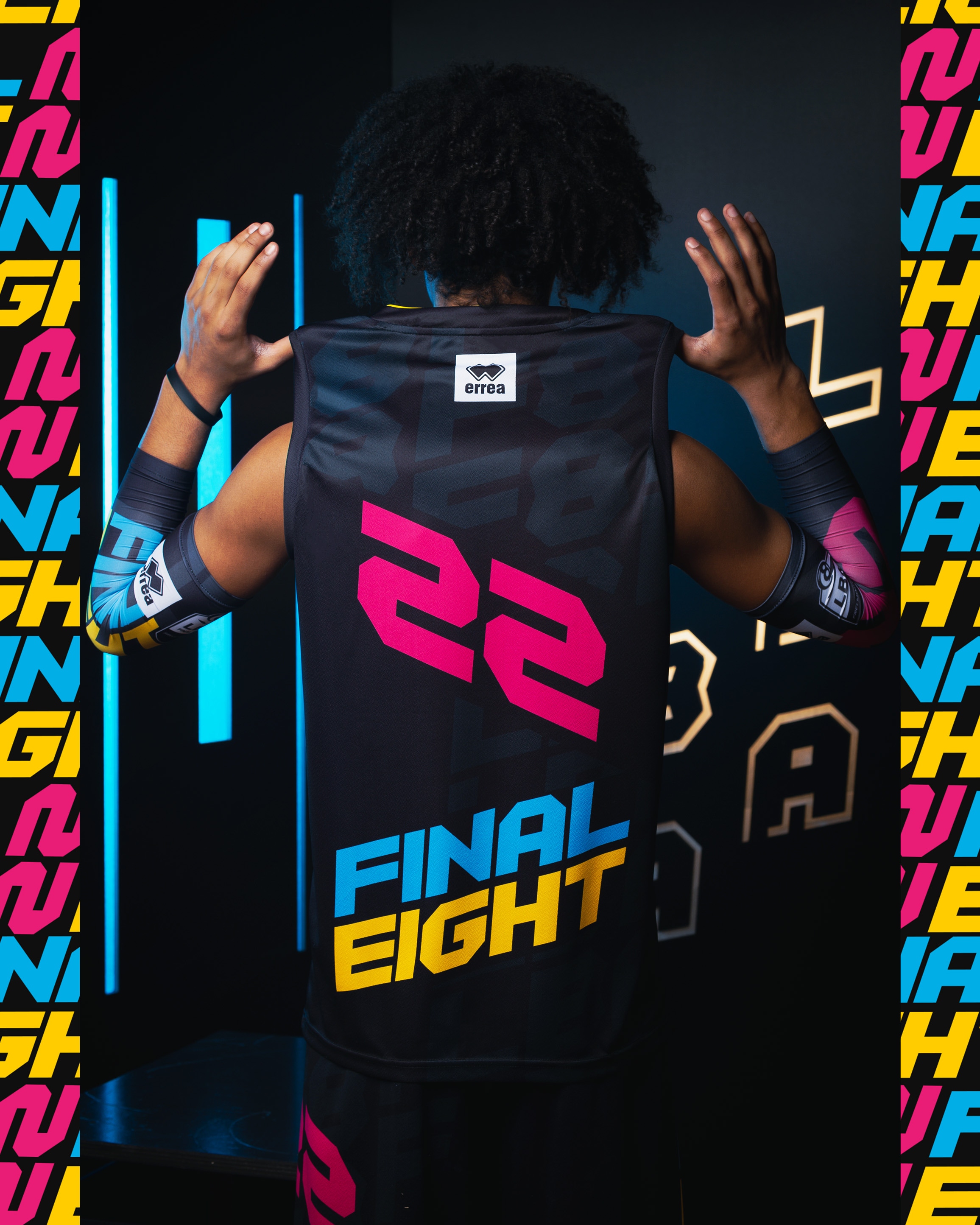