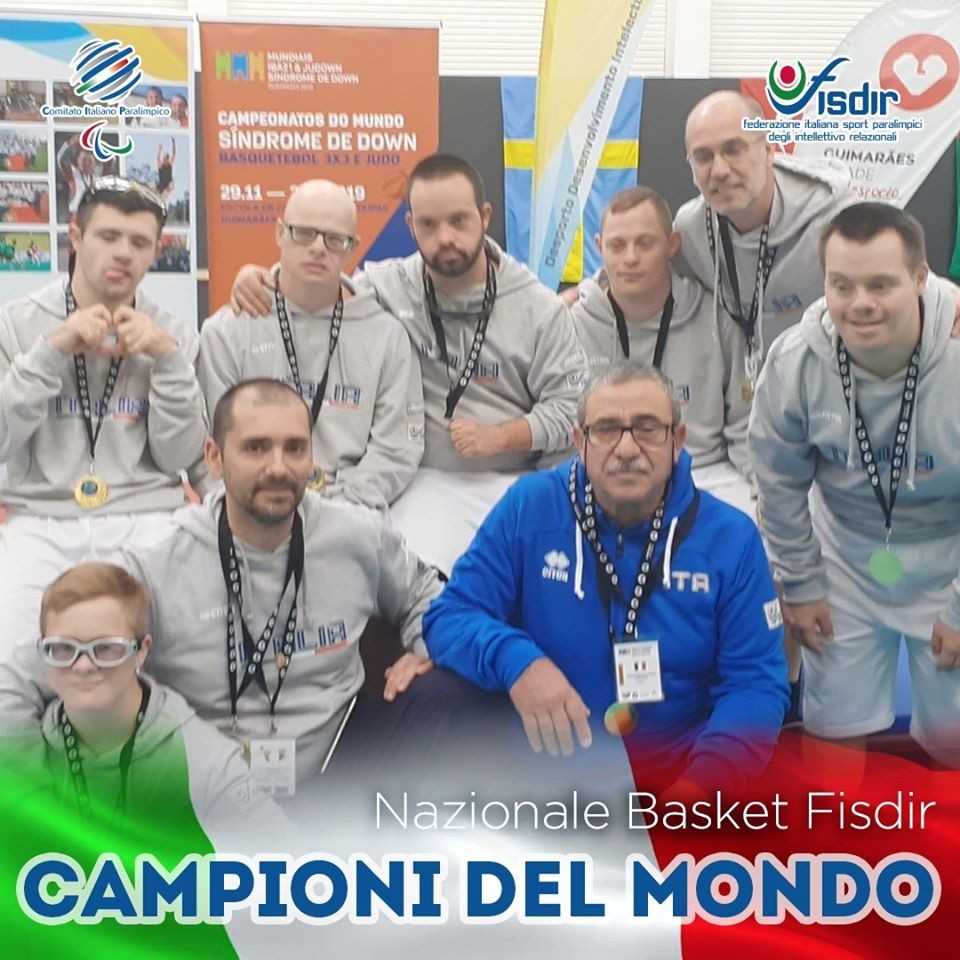 For the second year running the Fisdir National Basketball Team are champions of the world!

In Guimarães, Portugal, the Italian team repeated last year's success in Madeira by defeating the host team 36-22 in the final. The team coached by Giuliano Bufacchi and Mauro Dessì put on an extraordinary performance to win by 14 points. Before the final victory, the team had won against Turkey, with a final score of 26 - 11, and against Portugal itself, with a net 40 - 4 win.