"SMILE OFTEN, THINK BIG": Cheltenham will take to the pitch on 15 February with a truly special shirt 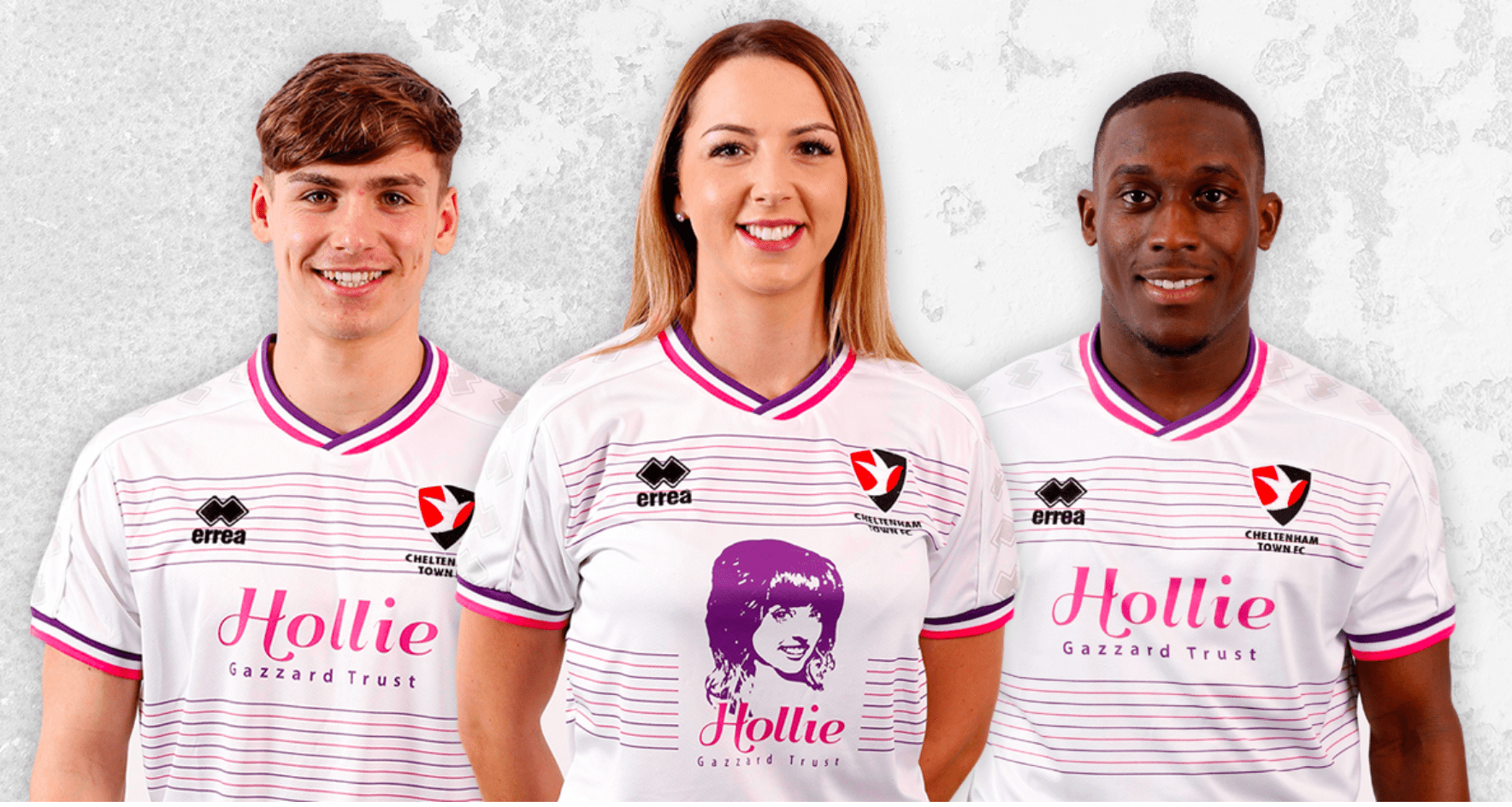 For the first time in 56 years Cheltenham Town FC will sport a special white kit, produced by Erreà Sport for their home match against Leyton Orient on 15 February.

This special initiative is designed to celebrate the life of Hollie Gazzard who was murdered by her ex-partner in February 2014. The Hollie Gazzard Trust has been chosen as Cheltenham Town FC’s charity partner for the 2019-2020 season, and a number of events have already been organised to create an awareness of the important day-to-day work done by the Trust to counter domestic violence and promote the importance of healthy personal relationships.

The white shirt has some very thin purple and pink stripes, representing the colours of the Trust. The inside of the collar, with the same coloured edgings, has Hollie's favourite quote: "Smile often, think big”- that will also form the main theme of the matchday.

A limited run of the shirts has been produced for sale both by the club and the Hollie Gazzard Trust, and there are two designs - one of which features Hollie’s face and the other, that does not have her image, will be worn during the match by the "Robins". All proceeds will go to the Trust.

John Finnigan, the club's Commercial Manager said: “Football has the power to really make a difference in its communities and we want to do as much as we can to drive awareness of the Hollie Gazzard Trust’s vital work. They are an inspiration to us and we want to use our platform for real good in our community. I hope our fans will really get behind this initiative.”