Presenting the winner of the contest "Design the shirt of R.C.Codogno 1908". Erreà Sport, the technical partner who will be producing the winning shirt 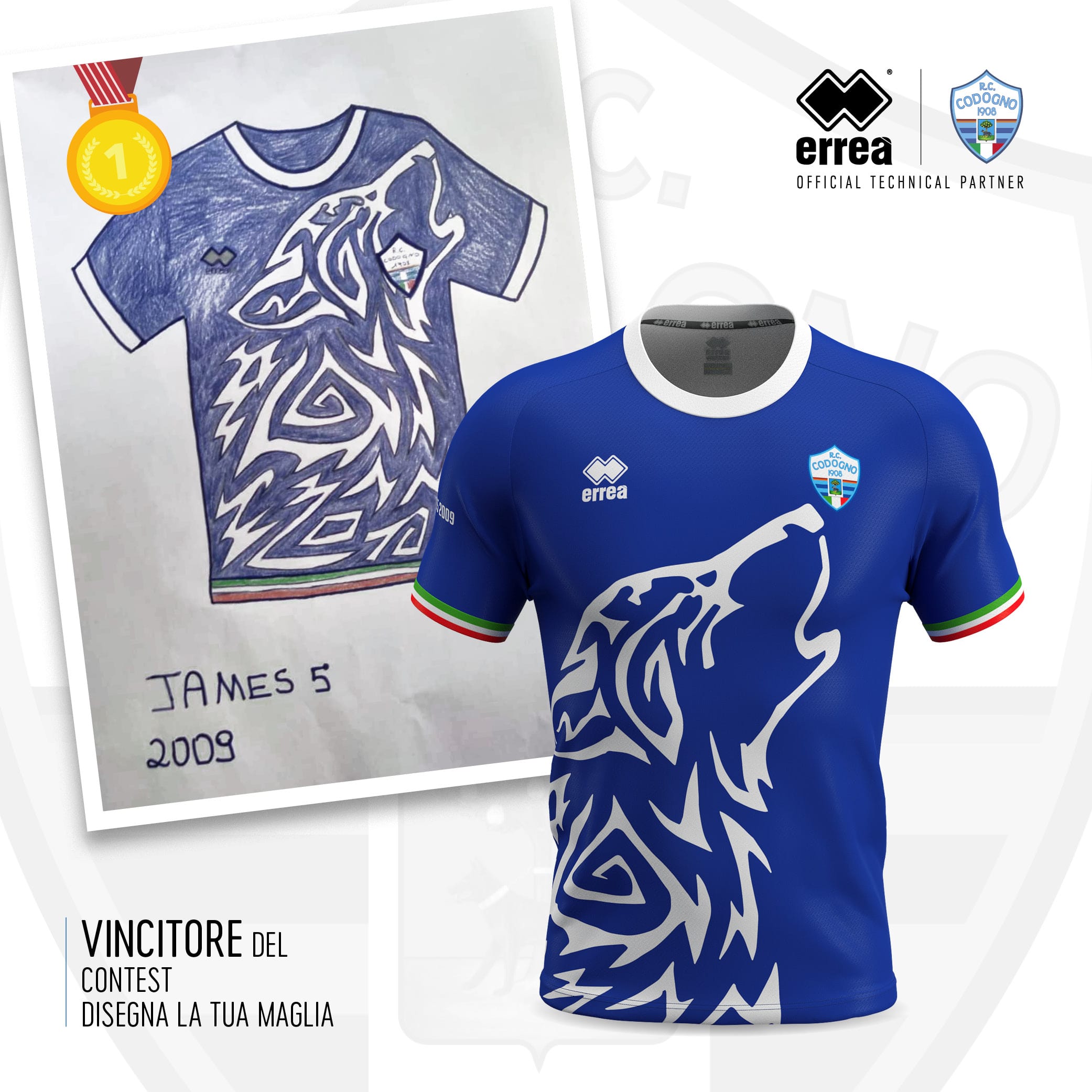 This is the announcement so many of you were waiting for on the winner of the contest launched by R.C. Codogno 1908 in collaboration with Erreà Sport.

A long, exciting “match”, particularly evenly balanced and thrilling, undecided until extra time and combining creative talent with the imagination and ability to dream of the young athletes in the junior categories (born between 2007 and 2014) who took the match, like after like, to its conclusion, with the official announcement of the winner. The shirt that received the most votes is set to be worn by a team of the Italian club, and probably also the team that will be taking part next season in the Eccellenza championship, the top category in the region.

On a blue background, the strip features the sublimation printed stylised symbol of the wolf in white, cutting diagonally across the strip right to the emblem of the club. The sleeve edge is trimmed and defined with a symbolic tricolour edge. Here’s what the young winner had to say: “I liked the idea of drawing a wolf in a tribal style, because I see my club as a tribe whose values I identify with and where I am able to express myself to the full”, said a very determined James. “I chose the team colours, and thought of a shirt with a bold, appealing style, just like me”.

Erreà Sport rendered the drawings for the 3D view of the winning shirt, and will be producing it. There’s more, however, and in the pipeline is a dedicated video, as well as lots of other surprises destined to make this contest unforgettable, and present it as a new beginning, especially at youth level, for R.C. Codogno 1908, a long-established club at the heart of an area hit particularly hard by the tragic effects of the Covid-19 pandemic.

The shirt, like all Erreà garments, is produced and certified according to the Oeko-Tex Standard 100, which sets extremely strict limits with regard to harmful substances and guarantees maximum safety and quality for all consumers.

Erreà has always paid extremely close attention to the world of children, and was pleased to share the aim of this contest, which provided a fun way to keep the young players busy and stimulate their imagination during such a delicate period.

Pure emotion, nurtured by R.C. Codogno 1908 and Erreà Sport, designed to transmit a positive message of hope to the world of football.

Below are the fantastic designs of the other two finalists, Tommaso and Paolo. 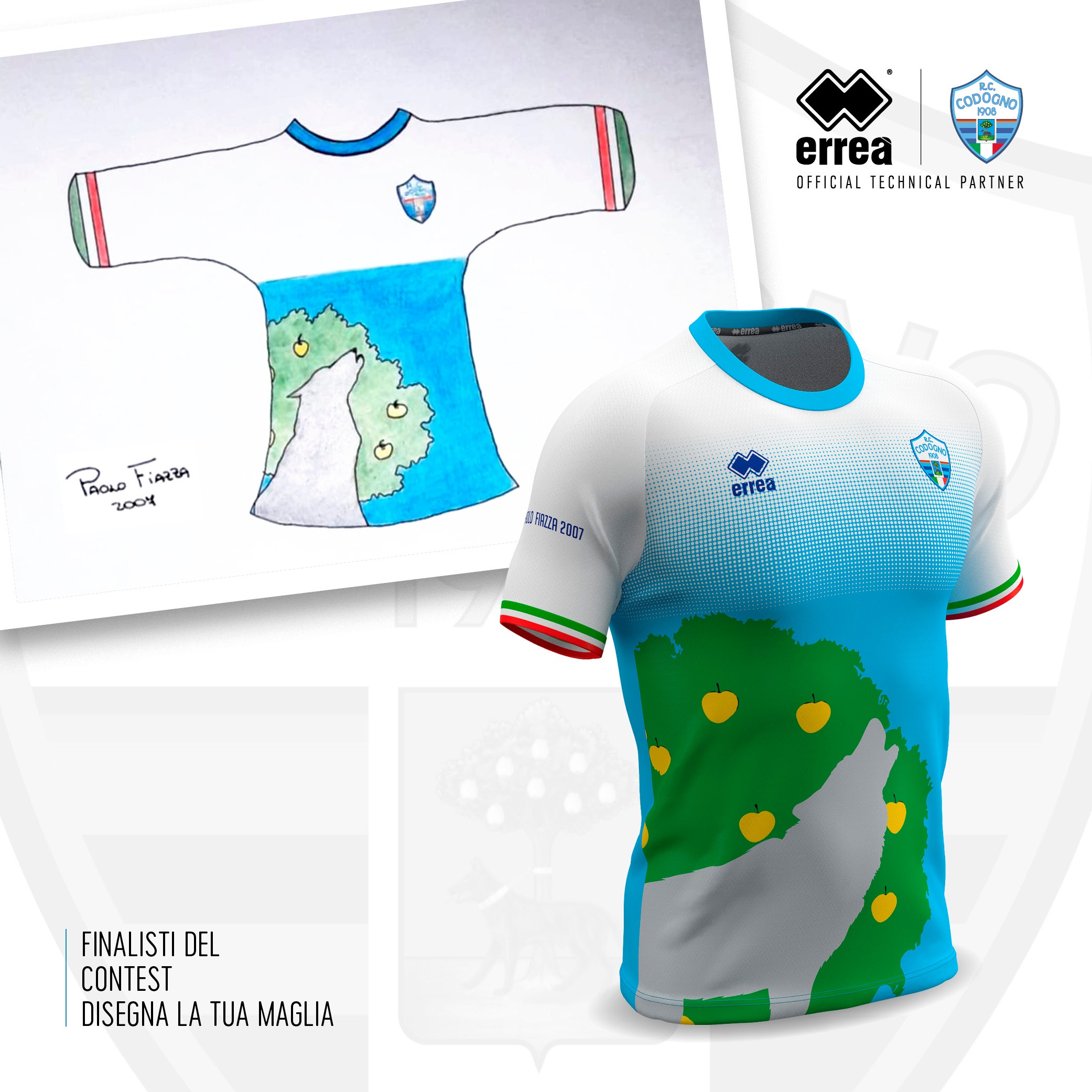