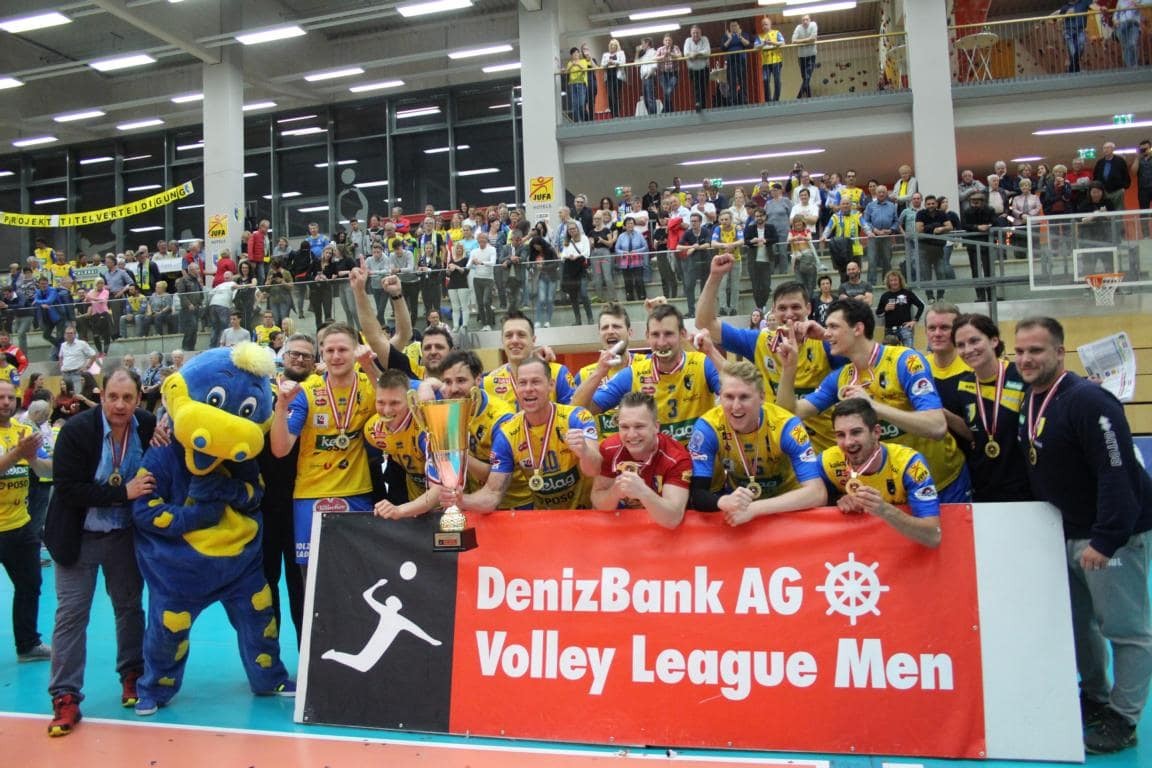 In Bleiburg Posojilnica AICH/DOB won their third league title in the top tier of men's volleyball in Austria, following the titles won in 2013 and 2018. In front of 1000 spectators, which included the Austrian national coach, Michael Warm, AICH/DOB scored a clear 3-0 victory over Union Raiffeisen WALDVIERTEL.

Another success for the team sponsored by Erreà and to whom we send our heartfelt Congratulations!