Parma Calcio to wear a special celebratory shirt in the home match against Brescia. A tribute to the team's historical roots as they celebrate the 50th anniversary of the merger between Parma Football Club and AC Parmense 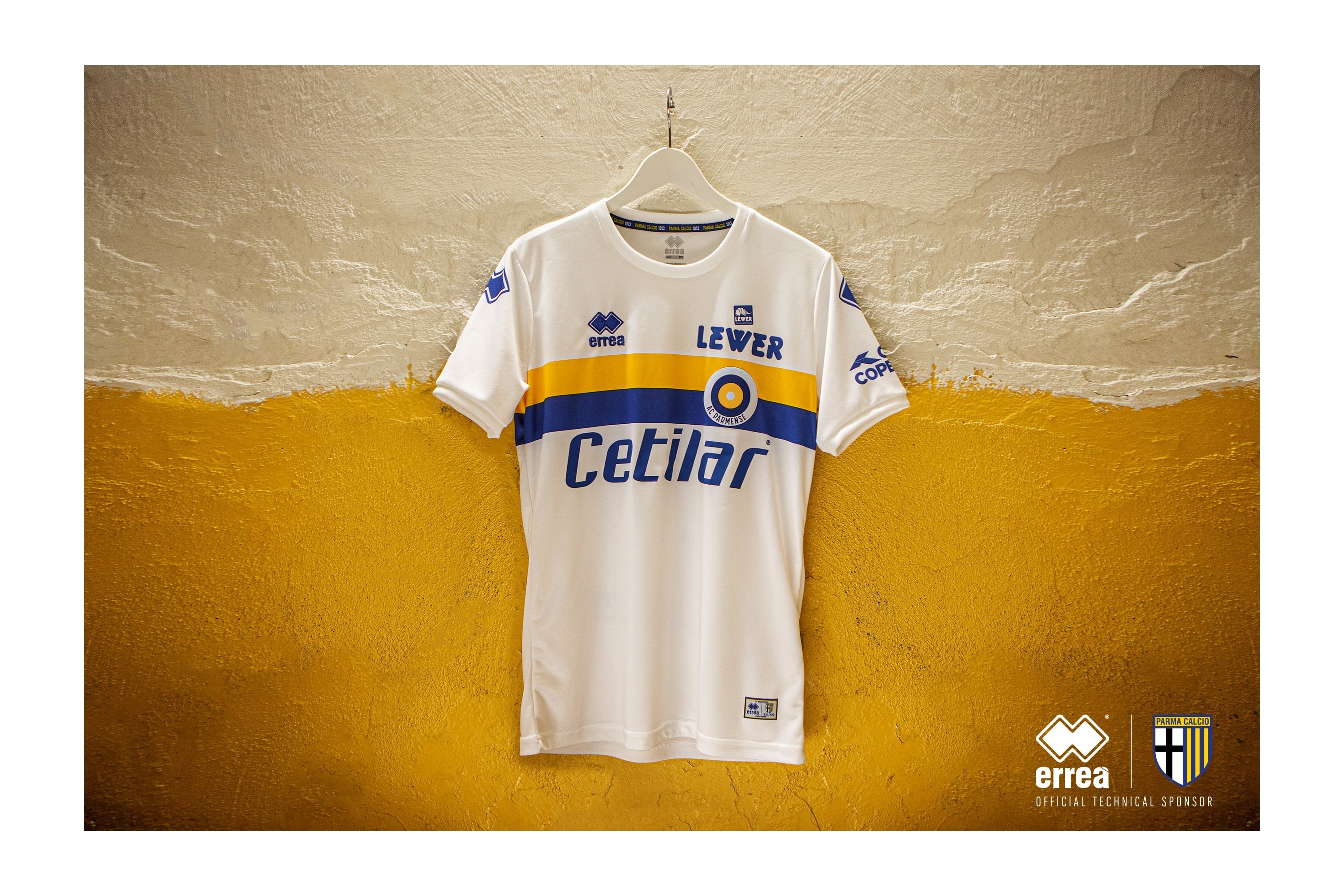 The home match on Sunday 22 December against Brescia will have its own very special touch.

In fact, it will have very retro feel thanks to the special celebratory shirt which Erreà Sport has created and dedicated to the 50th anniversary of AC Parmense acquiring both the sporting licence and some of the players of Parma Football Club thus continuing its history.

It was during the 1969-1970 season that AC Parmense took over the city's football team, changing its name to Parma Associazione Calcio on 1 January 1970, adopting the shirt with the black cross to carry forward the sporting tradition of the old city team so dear to its supporters.

The Erreà strip represents the revival of the historical AC Parmense football shirt, recreating the model and graphics of the original. Essential, with clean lines and a clearly vintage style, the shirt is white with a horizontal dual-colour band in yellow and blue stretching across the chest over which the AC Parmense emblem stands out on the left breast. 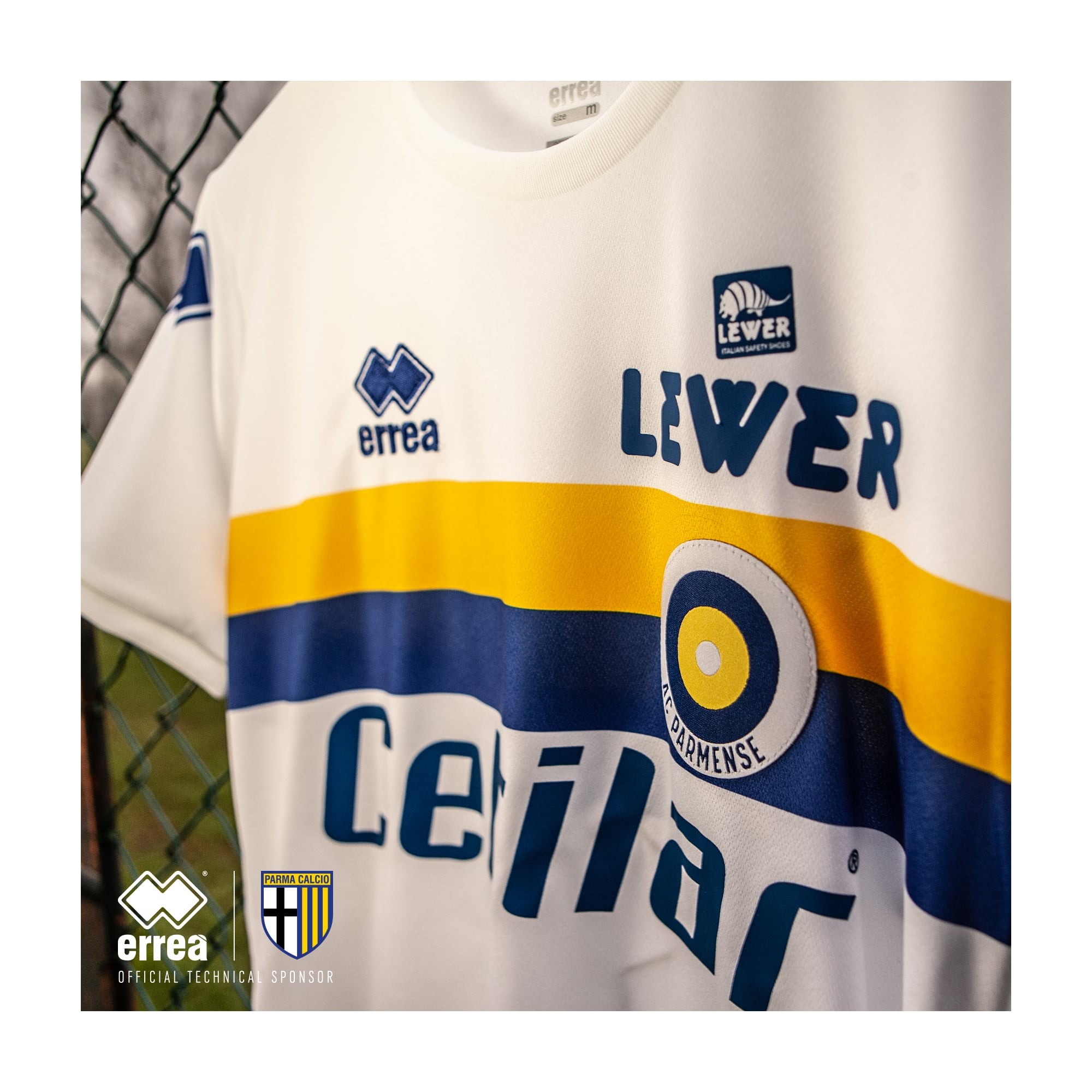 Great attention has been paid to both execution and detail which embellish and highlight the retro style, such as the ribbed neckband and cuffs.

Representing a highly-prized limited edition, the strip is characterized by a numbered high-definition label which, together with the distinct packaging design, make it a unique and exclusive collector's shirt.

The goalkeeper's strip also recreates the original look of the period with a stylish and elegant black total look shirt.

A new and important tribute to the Club's past to celebrate the glorious history of the Crusaders. 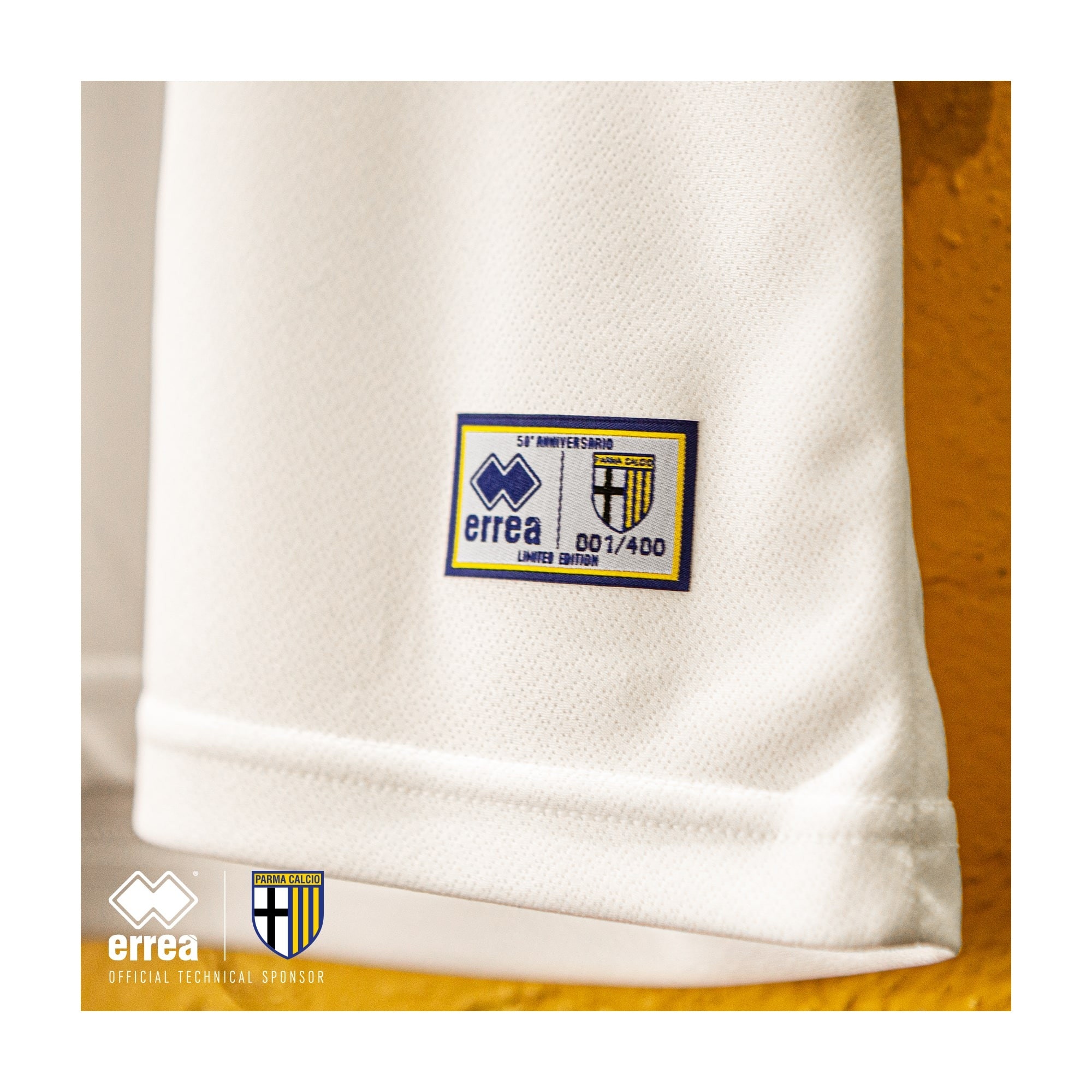