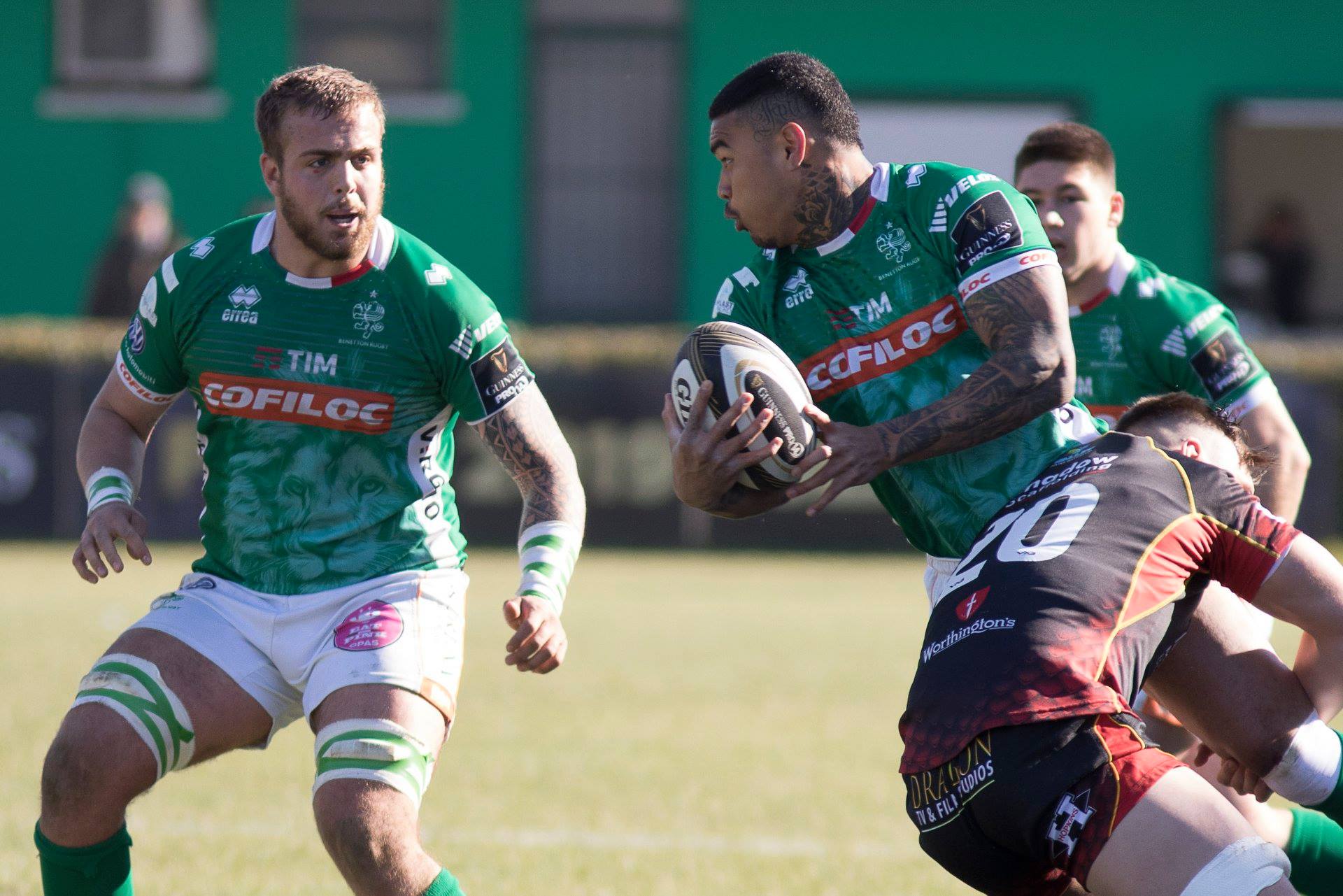 A hugely exciting game of rugby at the Monigo stadium, where Benetton Rugby dominated the Dragons in the sixteenth game of the PRO14 to confirm their second place in the Conference B.

The Lions in green and white took command of the match from the very start, overpowering their opponents with incredible strength and a crushing 57-7 victory, having scored 9 tries.

These are record breaking stats: Treviso had never ever scored so many points in a Pro14 match since they joined the competition in 2010/2011. Nor had they ever won by such a large margin, having over 73% of ball possession and spending almost 80% of the match in the opponents’ half.