On Sunday 5 May, Parma Calcio will be taking to the pitch wearing a special celebratory shirt to mark the historical twinning with Sampdoria 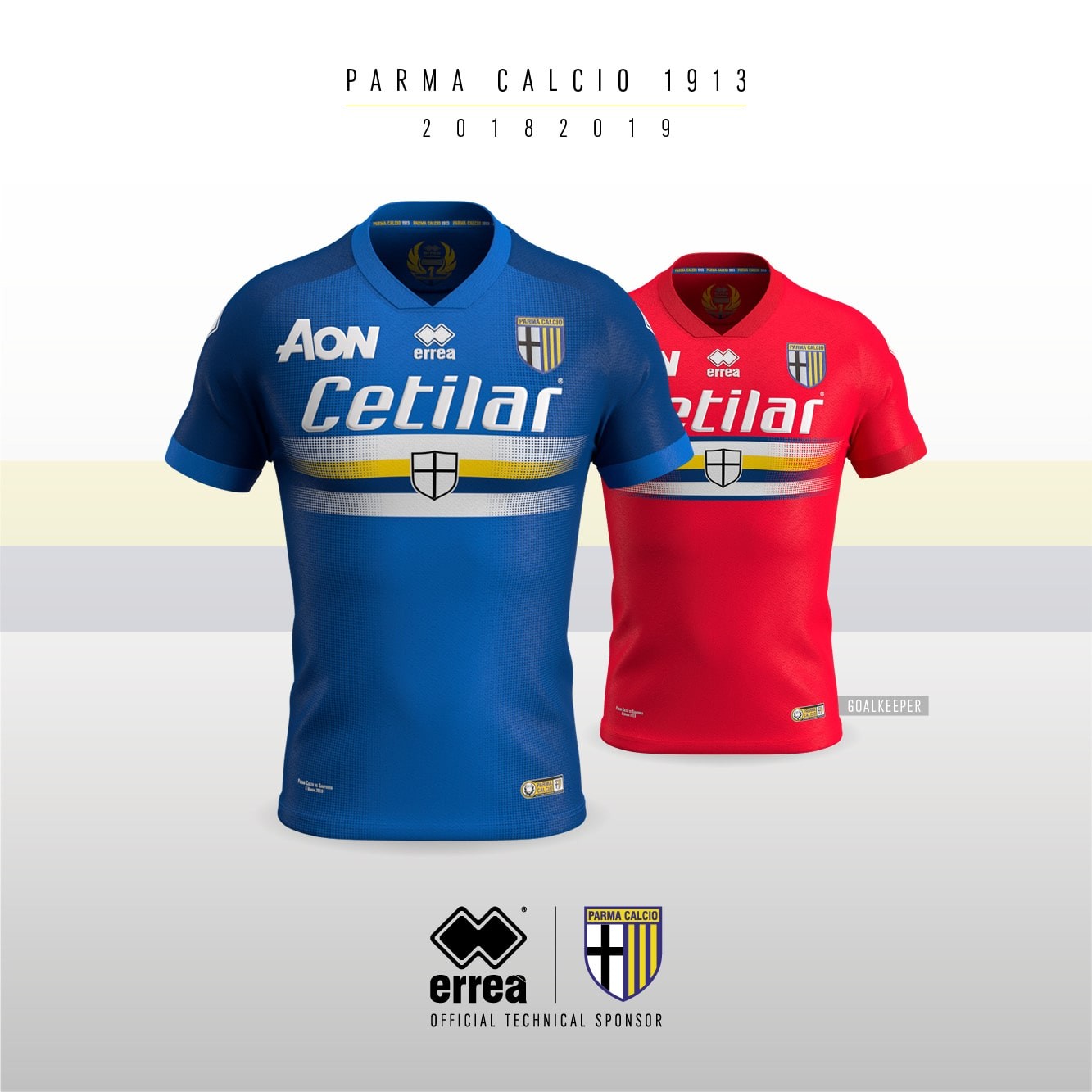 Tuesday 30 April sees the unveiling of the special limited-edition shirt that Erreà Sport has produced to celebrate the twinning of Parma Calcio 1913 with U.C. Sampdoria, a distinctive top that the Parma team will be wearing for their home game against their footballing counterparts on Sunday 5 May.

On this occasion too, by once again meeting the precise requirements of one of its clubs, designing and creating a unique product in less than a month and overseeing the entire manufacture of a customised garment, created specifically for such a significant event, Erreà presents a new and exclusive limited-edition shirt.

With reciprocally reversed graphics, as its main feature the shirt has, in honour of their opponents, the addition of the four horizontal strips in the central part, which are typical of a Sampdoria shirt, but with the two inner stripes in blue and yellow. The centre has a shield, the shape of which recalls those of Sampdoria and Parma. Also confirmed is the fashionable V-necked collar, as is the symbol of the phoenix on the inside of it and on the back of the second shirt.

The dark blue shades have been transformed into shades of light blue, and are darker along the sleeves. The gradations of light and dark blue blend together and these can be traced back to the old gymnastics club (Società Ginnastica Andrea Doria) from which the football club U.C. Sampdoria originated. They are, however, intended to principally evoke the colours and waves of the sea off Genoa. In addition to recalling the style of the Sampdoria shirt, the horizontal stripe, in particular, can also be interpreted as a fraternal embrace between the two club's supporters, a friendship dating back almost three decades.  This is a twinning that is continually renewed, as it is for this case, on the occasion of the match between the two teams and it is one that has always represented an entertaining moment of sport and civility. The goalie's jersey, with the same design and model, is in a bright and decisive red.

Erreà’s celebratory shirt, that marks the twinning, will be available to buy on the website Erreà and from the Stadio Tardini Store, where supporters and aficionados will also find the Sampdoria shirt, the graphics of which will also resemble Parma’s. 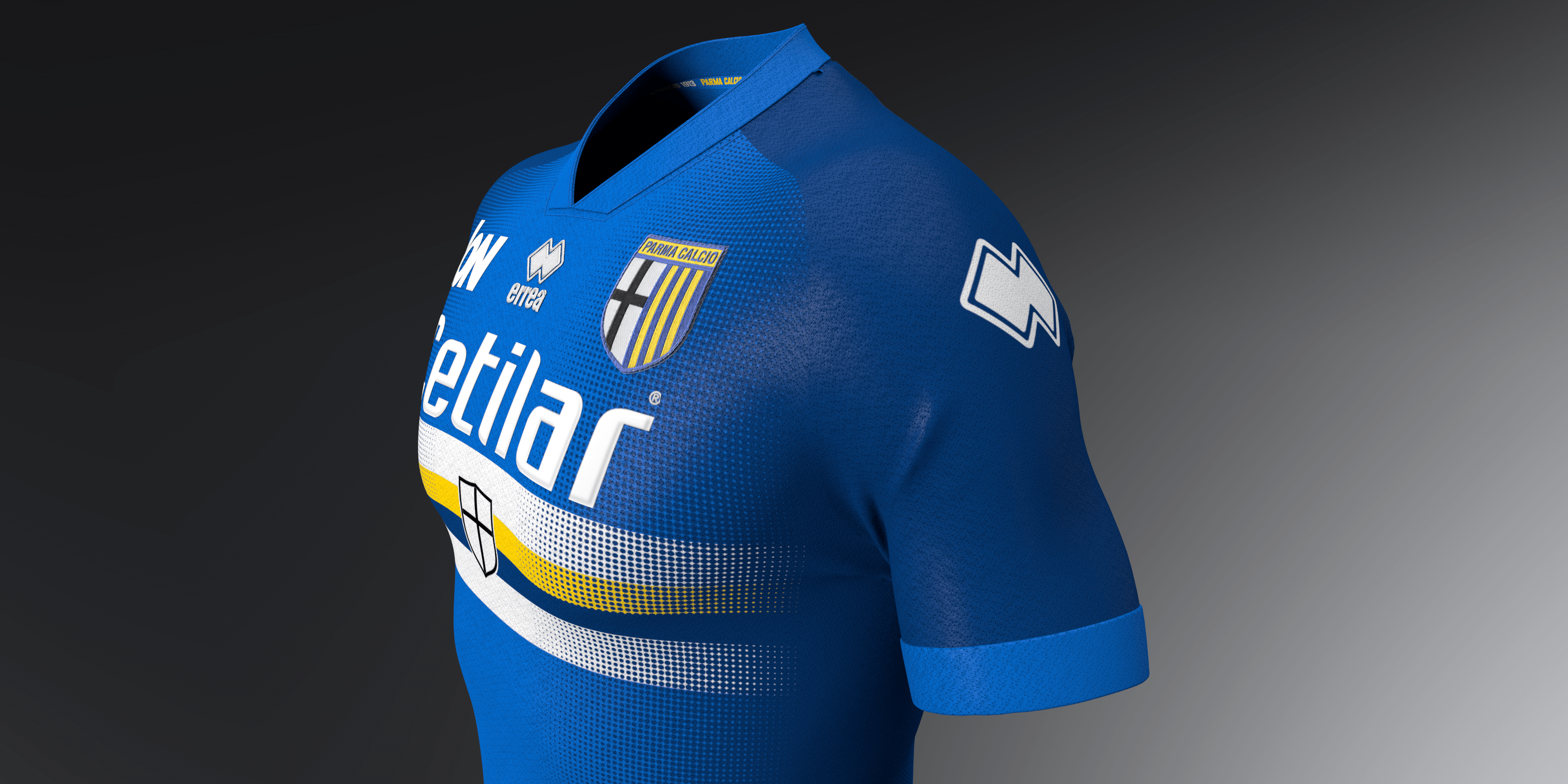 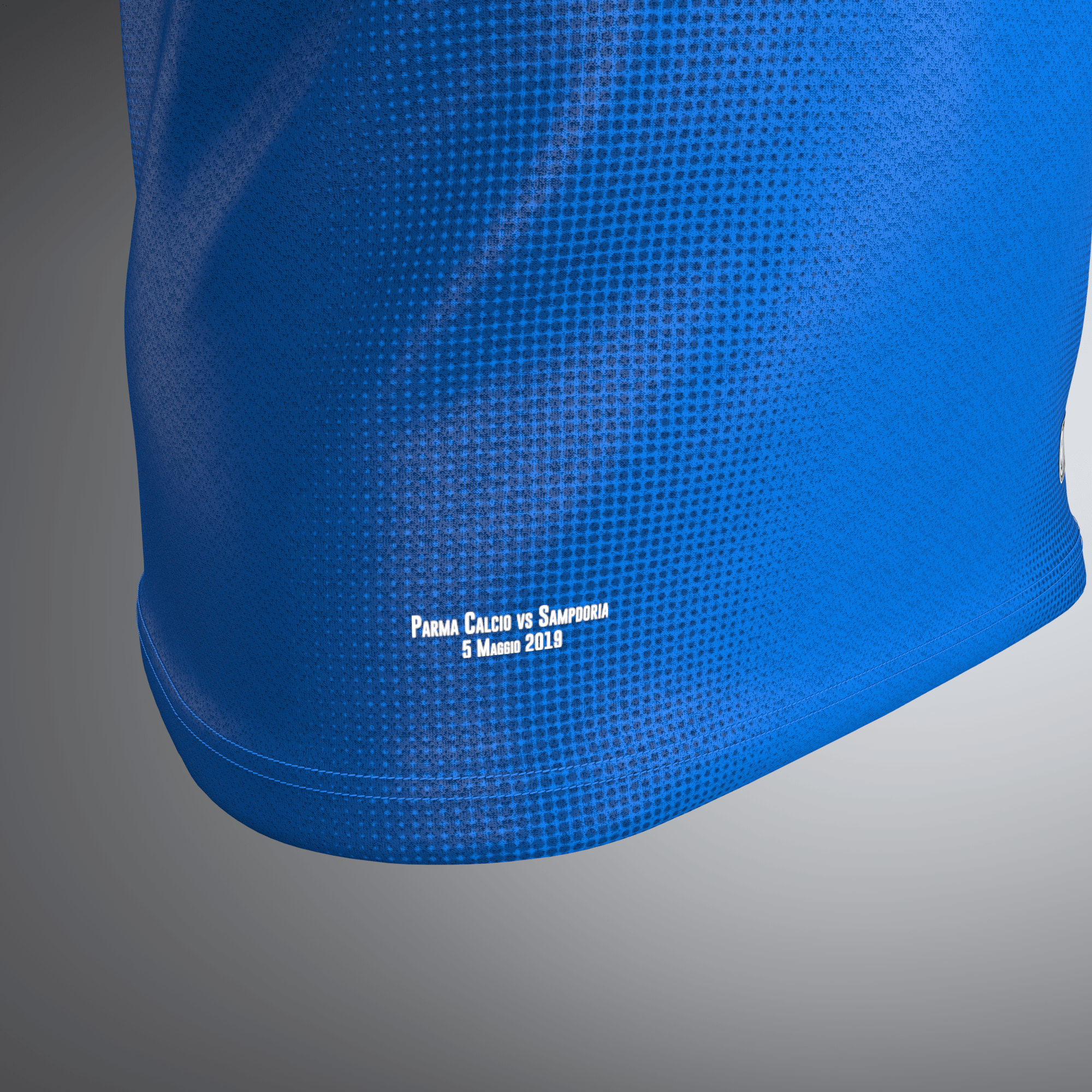