Lionsbridge FC fans have cast their vote and chosen the new 2021 home kit! 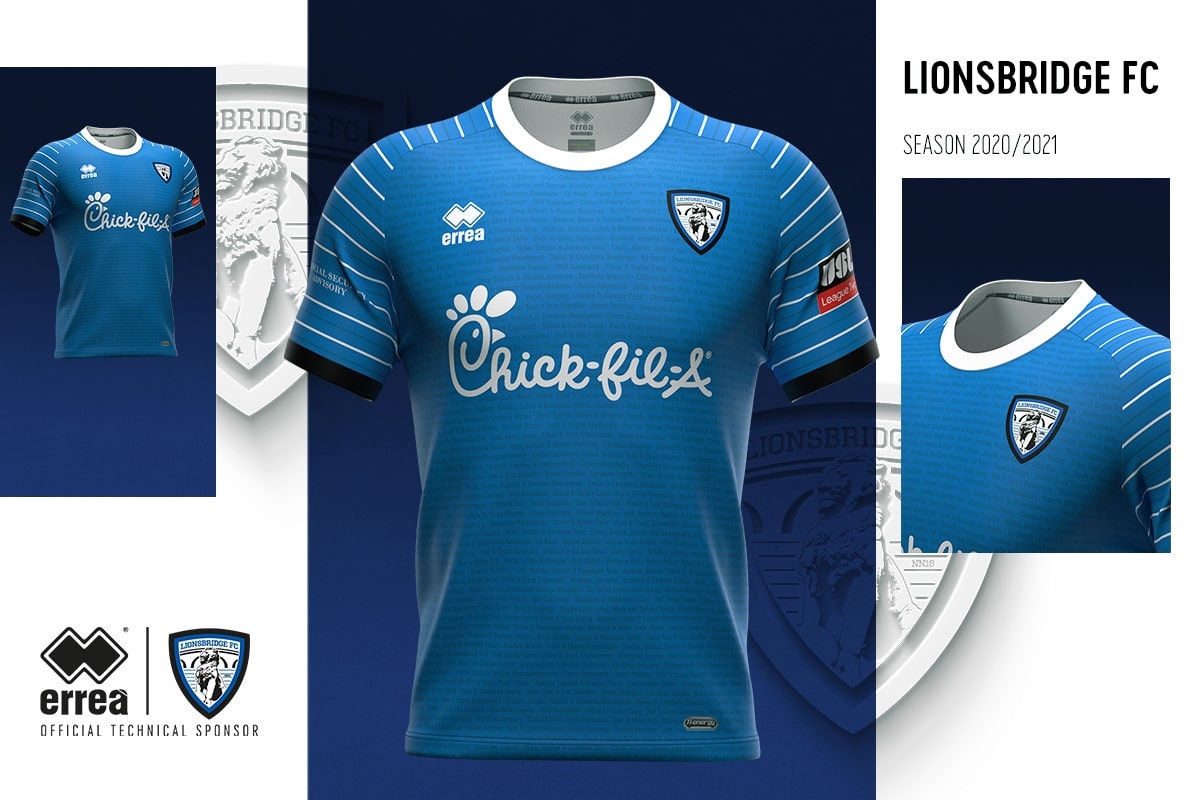 In keeping with tradition, Lionsbridge Football Club fans have elected the new official home kit for 2021.

Thirty-eight percent of voters chose the third shirt which Erreà designed for the US football club with whom the company has been in a technical partnership since September.

Bright blue with a white round neckband and sleeves featuring fine horizontal lines, sublimation-printed in the centre of the shirt are the names of the first fans who pre-ordered the kit before 25 October.

The new Lionsbridge kit has been made in the new Ti-energy antiviral fabric, studied and developed by the Erreà Sport R&D department.

This extraordinary success in the world of fabrics was made possible by the use of two separate technologies: the zinc oxide nanoparticles, permanently encapsulated in the fibres, which have antiviral and antimicrobial properties, and the Minusnine J1+ treatment, which makes the fabric super-impermeable to liquids. This dual function allows the fabric to form an effective protective barrier against viruses, bacteria, droplets and liquids. 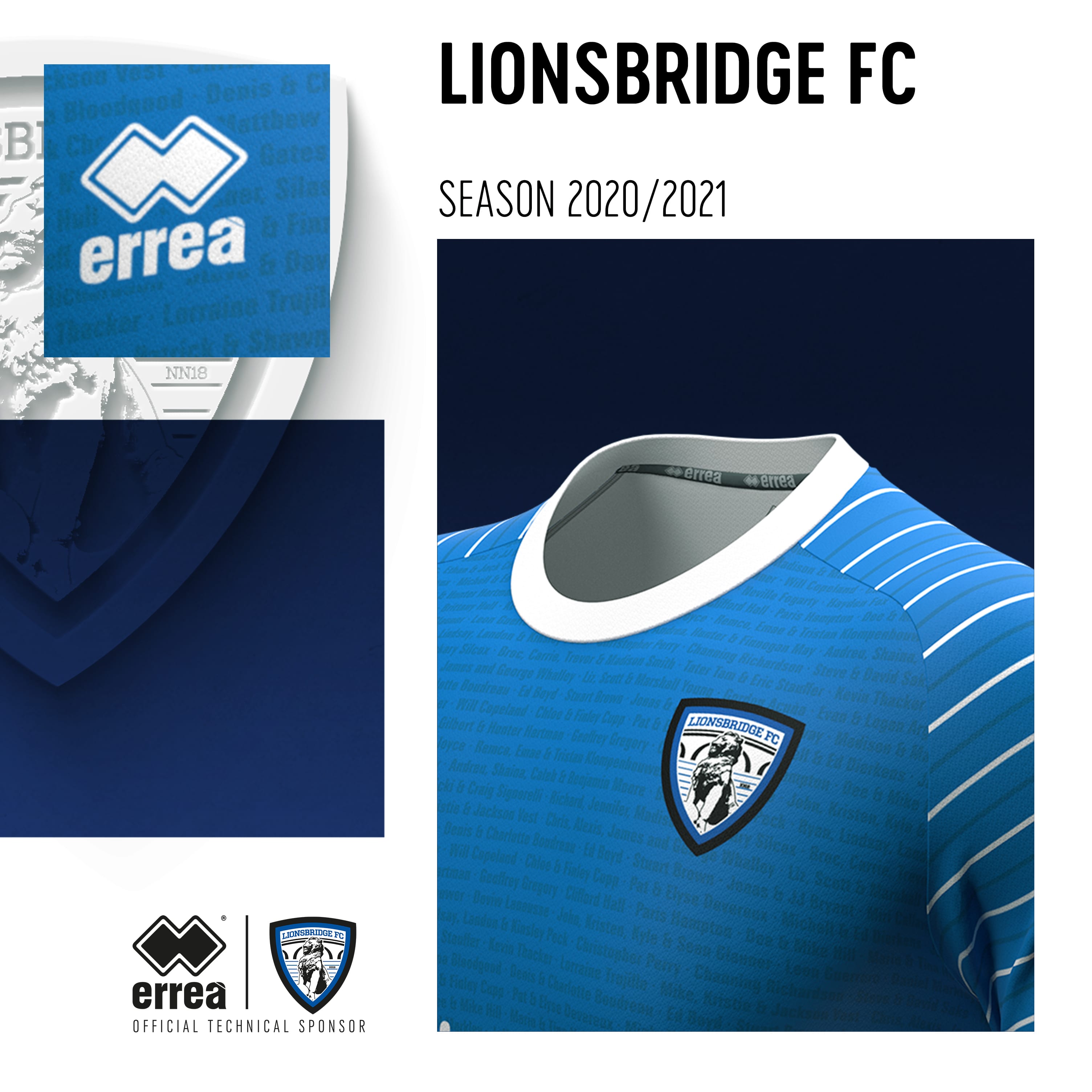