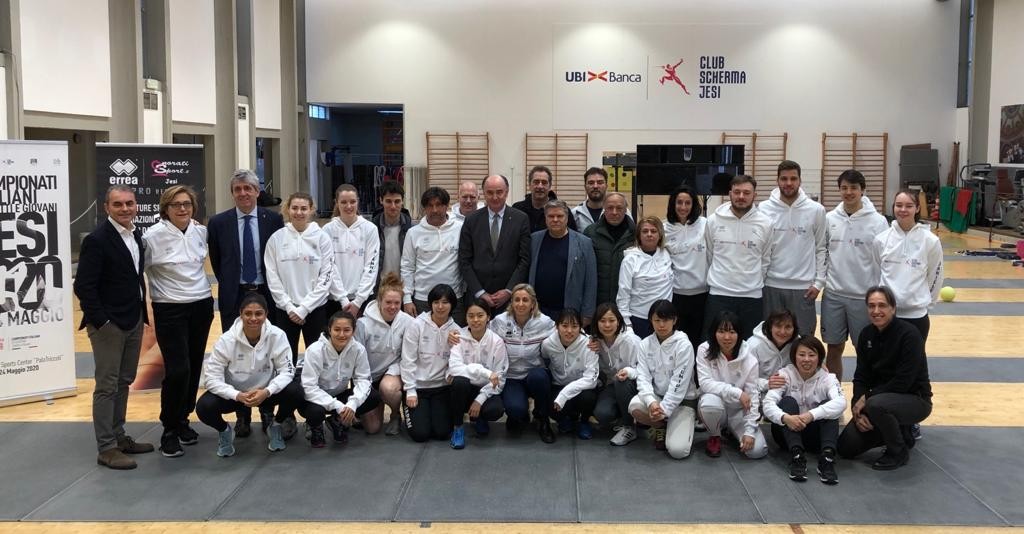 An extremely significant week for  UBI BANCA Club Scherma Jesi that, following the announcement made at BIT in Milan, of the awarding of the Italian Youth and Junior Fencing Championships (Jesi 22-24 May), has, in recent days, reaffirmed its vocation for hosting, when it comes to other international fencing clubs and national teams.

The Palascherma in Jesi has, in fact, played host to athletes of the Canadian and Japanese national teams, as well the American champions and fencers from France and Australia. Athletes were welcomed by the Club's instructors and champions. Jesi is now an obligatory leg in the preparation that leads to Tokyo 2020.

The occasion also provided an opportunity to present another success for the Club from Jesi, namely the new collaboration with Erreà Sport that has produced a distinctive "Training Camp”gift for the young fencers: a special customised sweatshirt that will undoubtedly be shown off by each of the athletes as they return to their home countries.

The initiative came about as a result of the collaboration with the official retailer, Erreà Pro Onorati Sport.