Identity, tribute to the supporters and the new Ti-energy antiviral fabric: KV Mechelen’s new official kits have been unveiled 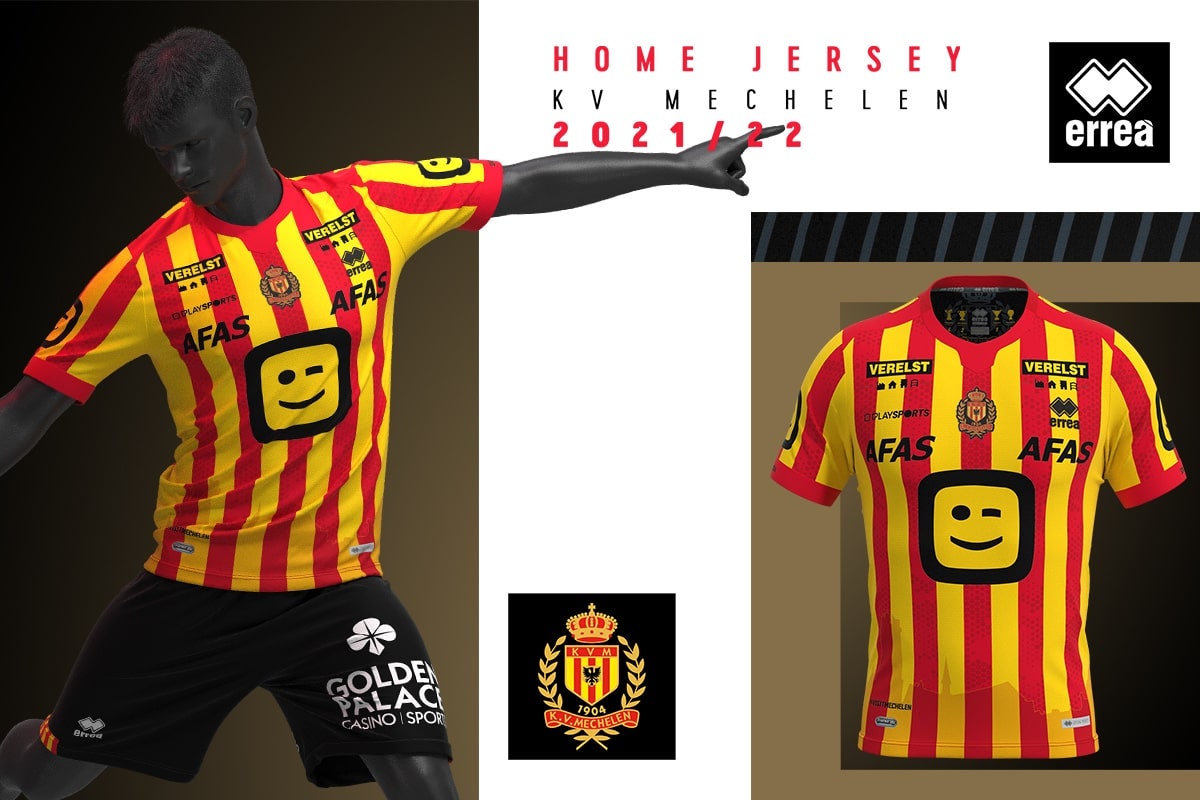 The club’s strong image, a heartfelt tribute to their own fans and the new Ti-energy technology, all come together in a modern, strikingly rich mix in the new official shirts created by Erreà Sport for KV Mechelen. The outcome of a competition launched among its supporters, this is the keenly awaited result of their choices.

Respect for the classic traditional colours, a simple round-neck collar and vertical red and yellow stripes are a feature of the home kit. The motif however is not a single colour but a play on a fine dotted pattern that enlivens the the graphics. The shirt’s lower half emphasises still further the Belgian club’s identity by depicting the skyline of the city of Mechelen, accompanied by the hashtag #visitmechelen. Also new is the #nomatterwhat claim located on the back of the shirt under the collar, together with the wording “since 1904”, the year of the club’s foundation, printed on the sleeve ends. 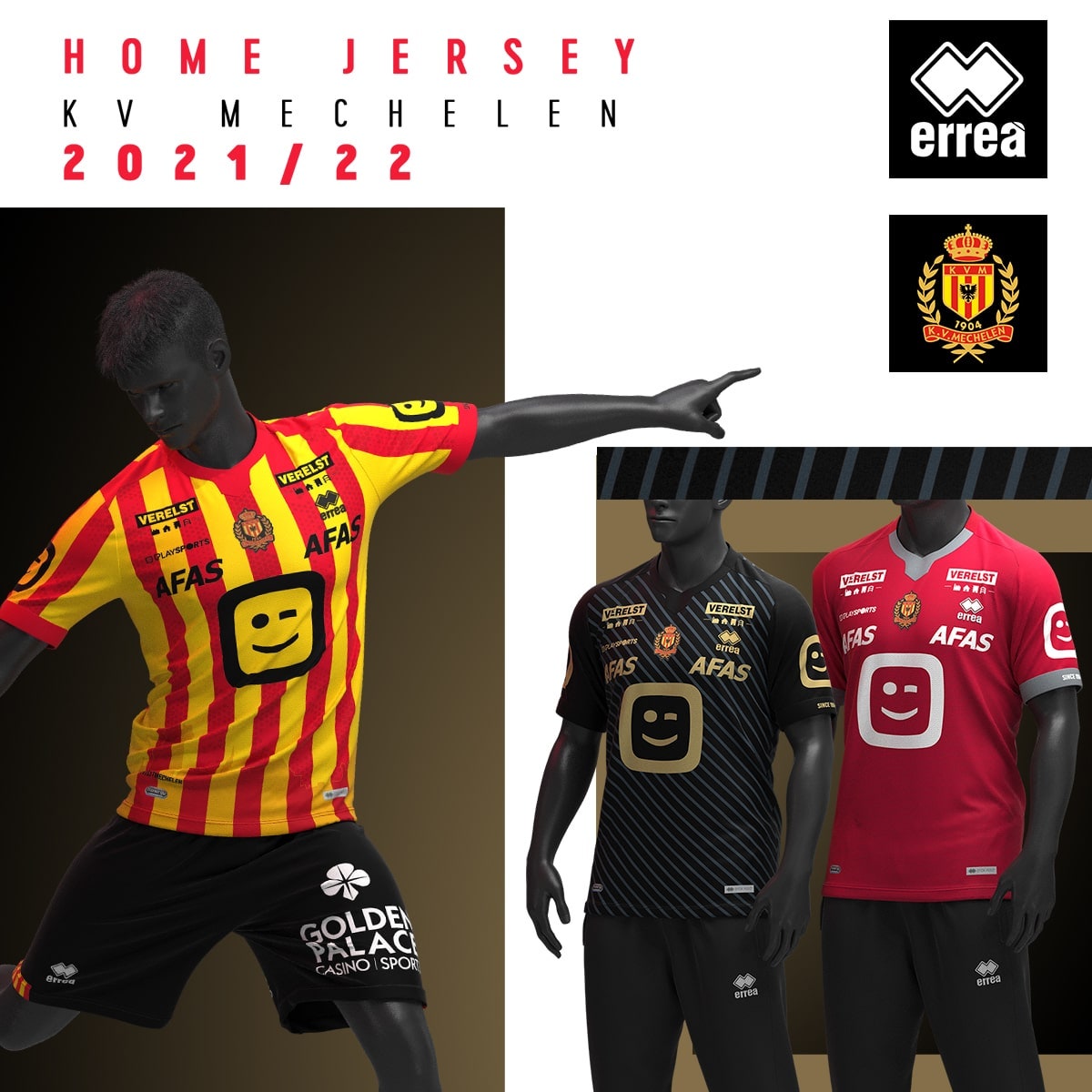 The elegant away shirt comes in a refined all black colour, with the logos in gold and a carefully designed tear-drop collar. The pattern that embellishes the body of the shirt consists of thin diagonal stripes whilst the sleeves are all in black.

The third and fourth shirts are intended as a heartfelt thank you to fans for their invaluable support during this season played behind closed doors. To emphasise this message, the two strips, the first in maroon and anthracite details and the second in white with a black band in the centre and dotted pattern, both have the names of seasons ticket holders appearing in tone-on-tone, as do two of the goalkeepers’ shirts.

All four of the Mechelen kits have been manufactured in the new Ti-energy antiviral and antibacterial technical fabric developed by Erreà Sport’s Research and Development Department.

Tests performed in accordance with ISO 18184 using the SARS-COV-2 virus, have proved that in the laboratory, the Ti-energy® 3.0 fabric can reduce the viral load by 99.85% compared to a standard polyester fabric six hours after coming into contact with the virus.

This unique success in the world of fabrics was made possible by the use of two separate technologies: the zinc oxide nanoparticles, permanently encapsulated in the fibres, which have antiviral and antimicrobial properties, and the Minusnine J1+ treatment, which makes the fabric super-impermeable to liquids. This dual function allows the fabric to form an effective protective barrier against droplets, liquids and micro-organisms.