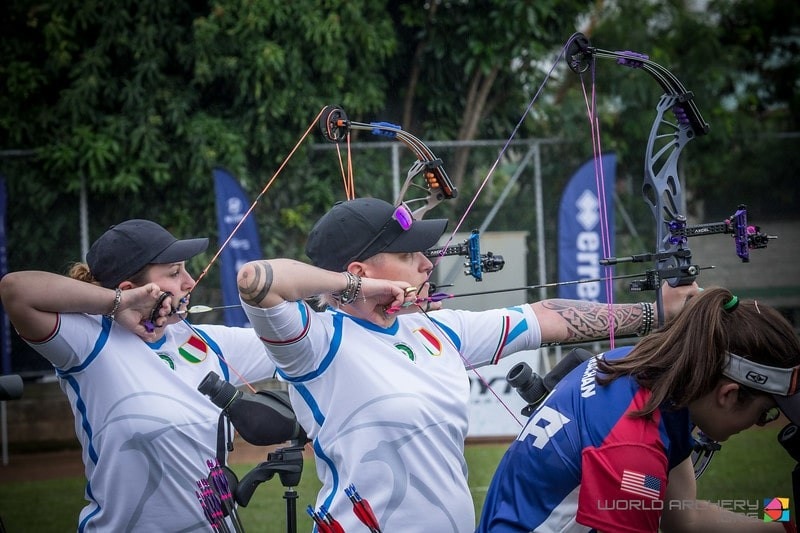 The Hyundai Archery World Cup, held in the Colombian capital from 22-28 April, has come to a close.

Numerous medals for archers sporting the jerseys made by Erreà, also the World Archery technical sponsor, and which took part alongside the French and Canadian national teams.

In the compound team finals, the Italian men’s team finished in first place, while the women beat Peru to become the bronze medal winners.  In fact, Sergio Pagni, Federico Pagnoni and Viviano Mior were awarded the gold medal thanks to their success in the final against France (Peineau, Deloche, Boulch) in their Erreà jerseys, with a score of 234-231, also winning the silver medal in the mixed compound category.

Winning the bronze for the women were Anastasia Anastasio, Marcella Tonioli and Sara Ret who triumphed over Peru.   In the olympic archery, a silver medal was also won by the champion Italian junior team of Andreoli, Boari and Landi, who were beaten by South Korea.

Well done to all our archers! 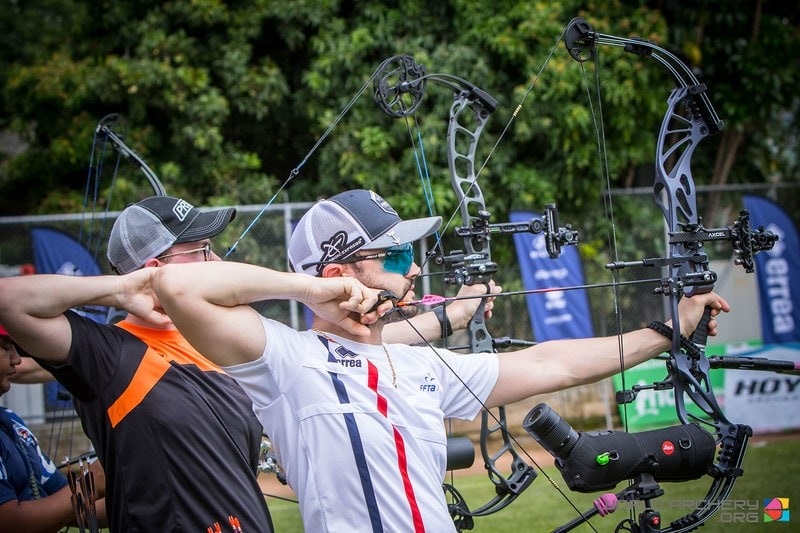