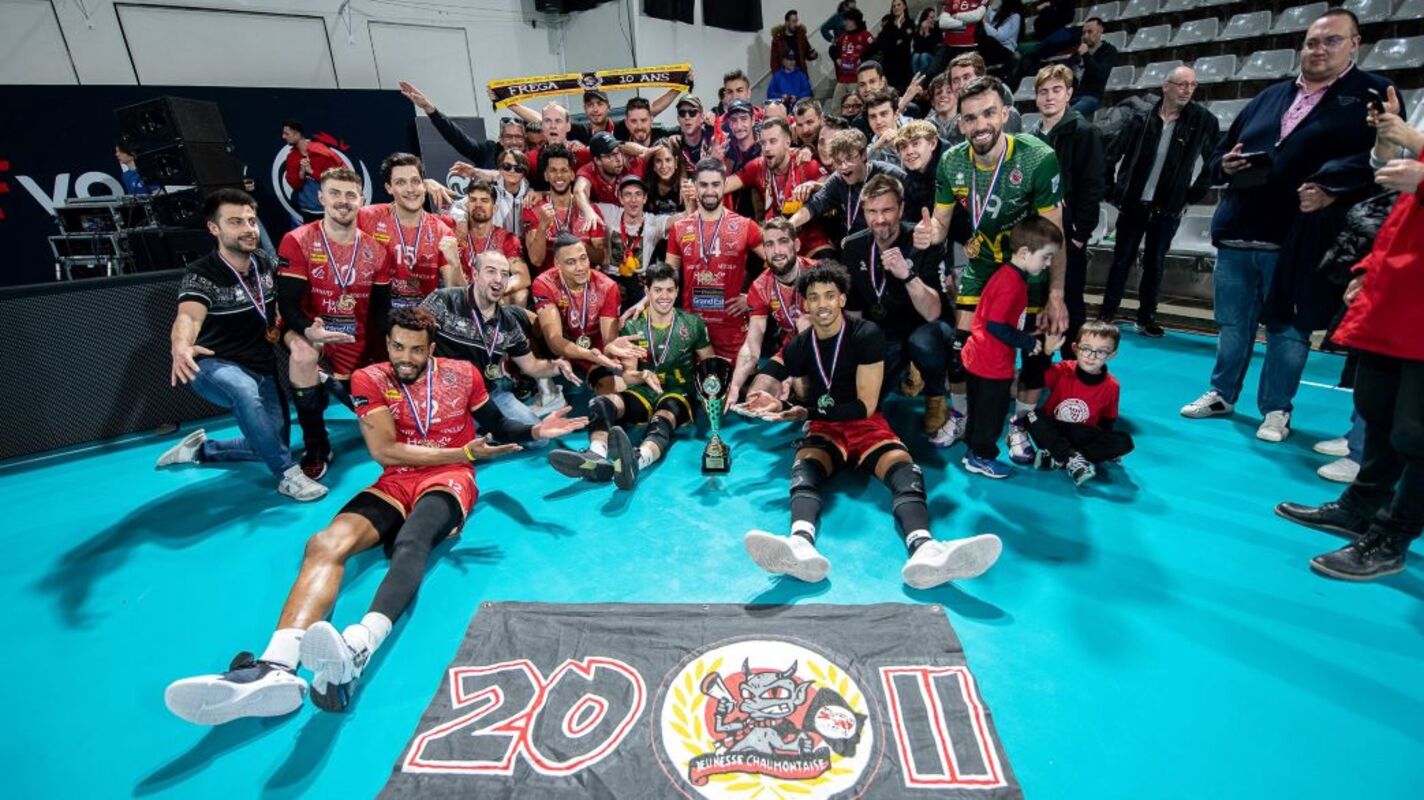 Last Saturday, after an intense, balanced and spectacular match, Chaumont won its first French Cup, beating Tours in the final.

Balance marked the match. In the first set, Chaumont's service was effective and essential to lead the team to win the set 25-20. In the second set, Tours managed to reduce their errors and force the service, to tie the match in sets: 25-21. In the following sets, the script was repeated, with practically the teams matching each other in the fundamentals of attack and blocking. Chaumont won the 3rd set 25-23 and Tours took the match to the tie-break, winning the 4th set 25-22. In the decisive set, Chaumont scored 19 points.

Tours did not lose heart and now has its eyes on the French championship, where it is one of the favourites for the title after leading the qualification phase.