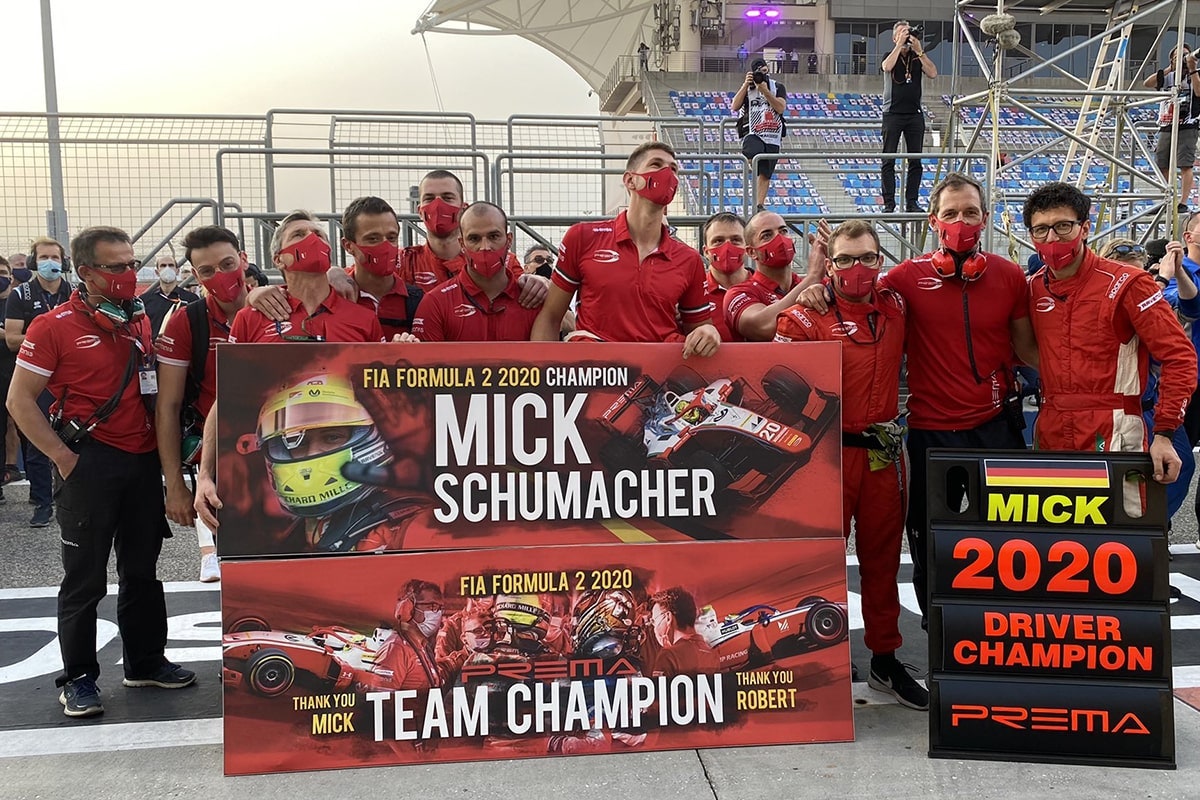 Driving the team to victory was Mick Schumacher, son of Formula 1 legend, Michael. Needing only 4 points, his 18th place in the sprint race at the Bahrain GP was enough to secure him the title. Starting out third on the grid, alongside his rival Callum Ilott, Mick managed to hold his position and keep everything under control even after leaving the pits. With two victories and ten podiums, young Schumacher takes the F2 championship crown.

For Prema Racing, for which Erreà is the technical sponsor for the staff and mechanic's leisure- and teamwear, this has been a truly memorable year which has seen the team win:

We send them our most heartfelt Congratulations! 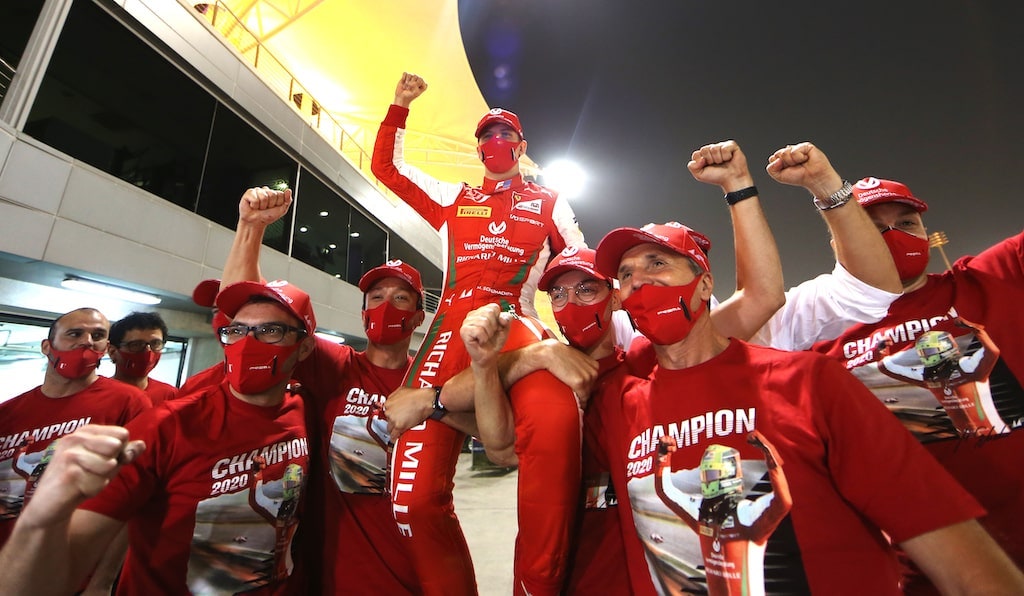 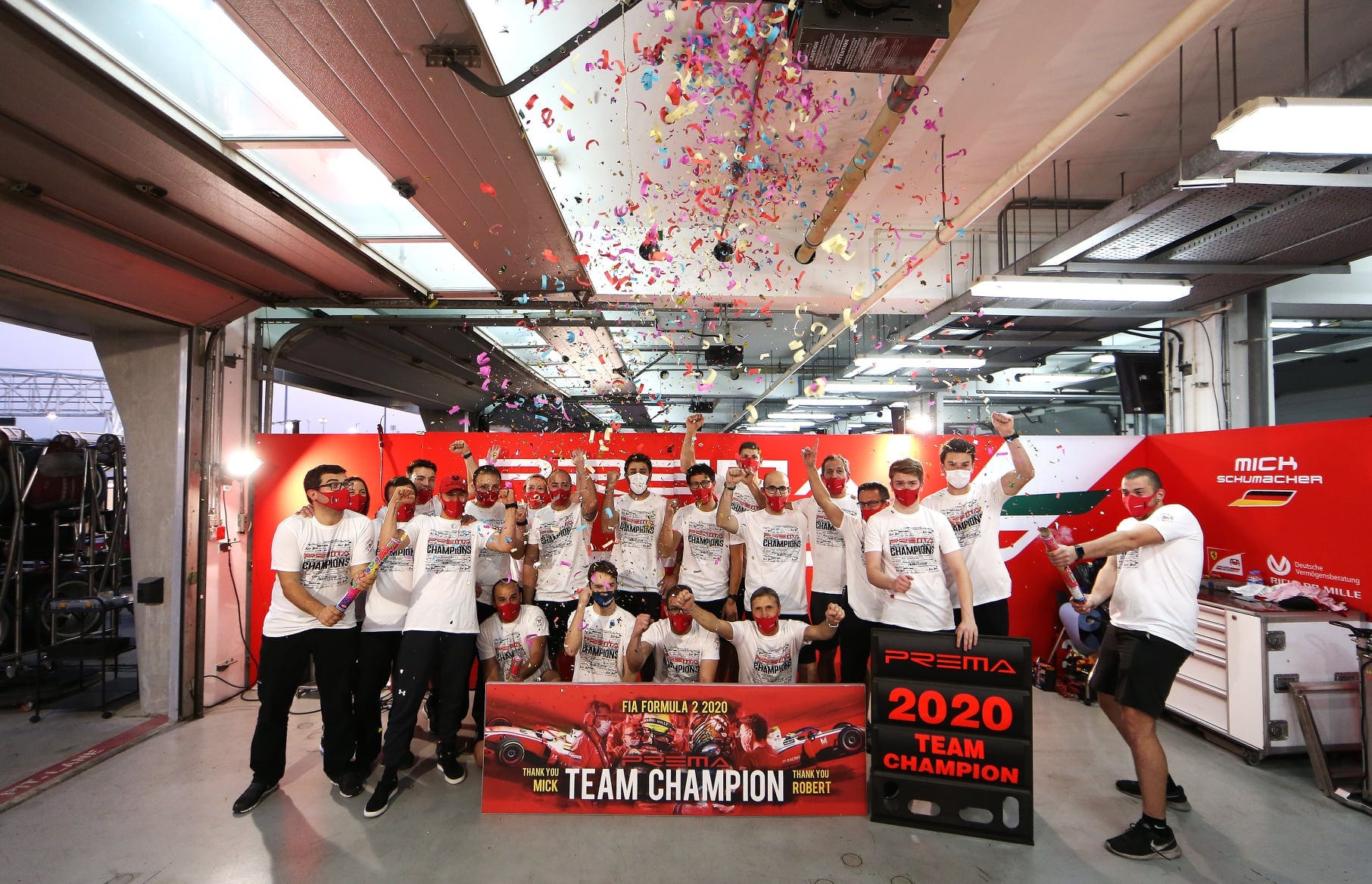