Following the one created for the playoffs and championship finals, Erreà Sport now unveils the Limited Edition Capsule for the LBA Super Cup 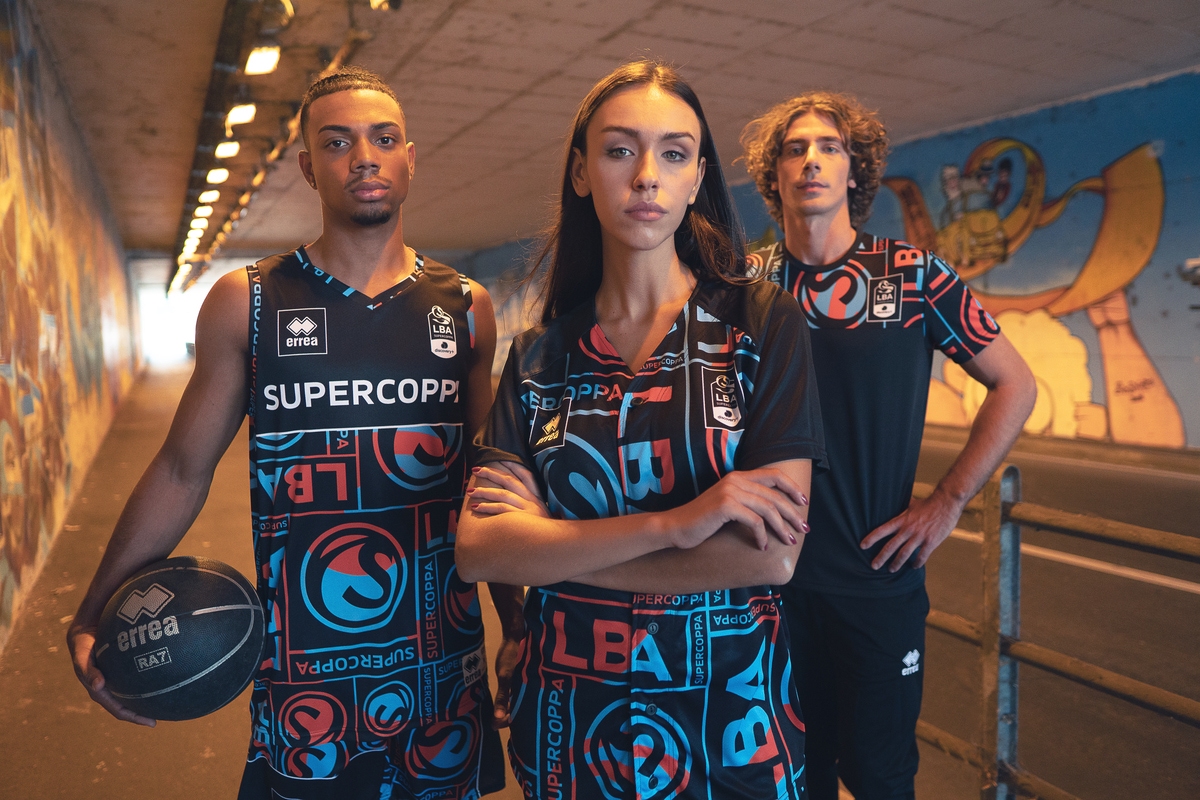 In addition to being the event's technical Sponsor, Erreà is once again unveiling a special capsule, created in collaboration with the Italian Basketball League for the eagerly awaited Super Cup Final Eight challenge, scheduled to take place at the Unipol Arena in Bologna between 18 and 21 September.

Pursuing the communicative, conceptual, and graphic idea begun with the lines created for the Final Eights last February and May, Erreà's collection-event will be kitting out LBA staff and ball boys present court side with different types of ad hoc products.

The kit, consisting of a sweatshirt, shirt, vest and shorts in cyan and orange, is on black background, and features the same sublimation-printed block pattern, that recalls the major distinctive elements of the LBA logo and its lettering, but in a modern key. A huge amount of creative work and reinterpretation has gone into its creation. The upper part of the top has the word “Supercoppa” in white letters, and the details have been created using the same bright colours and patterns. An identical graphic layout is used on all of the left-hand side of the shorts, whereas the brand and LBA logo appear in white on the lower right-hand side.

An explosion of colours: in order to accentuate those colours present still further, Erreà has created a special photo shoot in an area rich in street art styled murals.

Iconic garments that emphasise to the utmost the concept of customisation, that has always been a distinguishing feature of Erreà, extolling in an incisive way the notion of identity and image.

The vest and shirt will be available to buy from it.errea.com from Friday 17 September.

A differently coloured version of the kit will be worn by the Next Gen teams, that is to say the best Under-19s of clubs competing in League A1, and by former players who are part of the LBA Cares project. 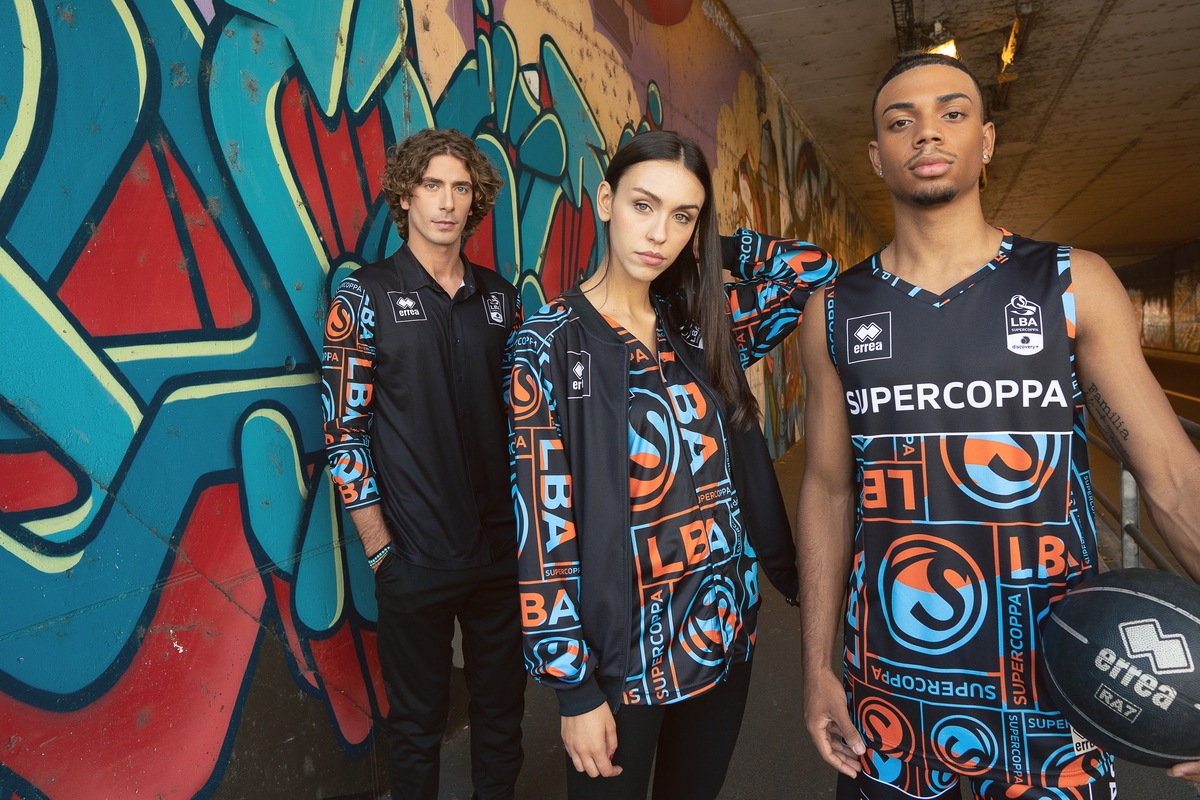