Following the capsule created for the playoffs, Erreà Sport now unveils the limited edition one for the LBA championship finals 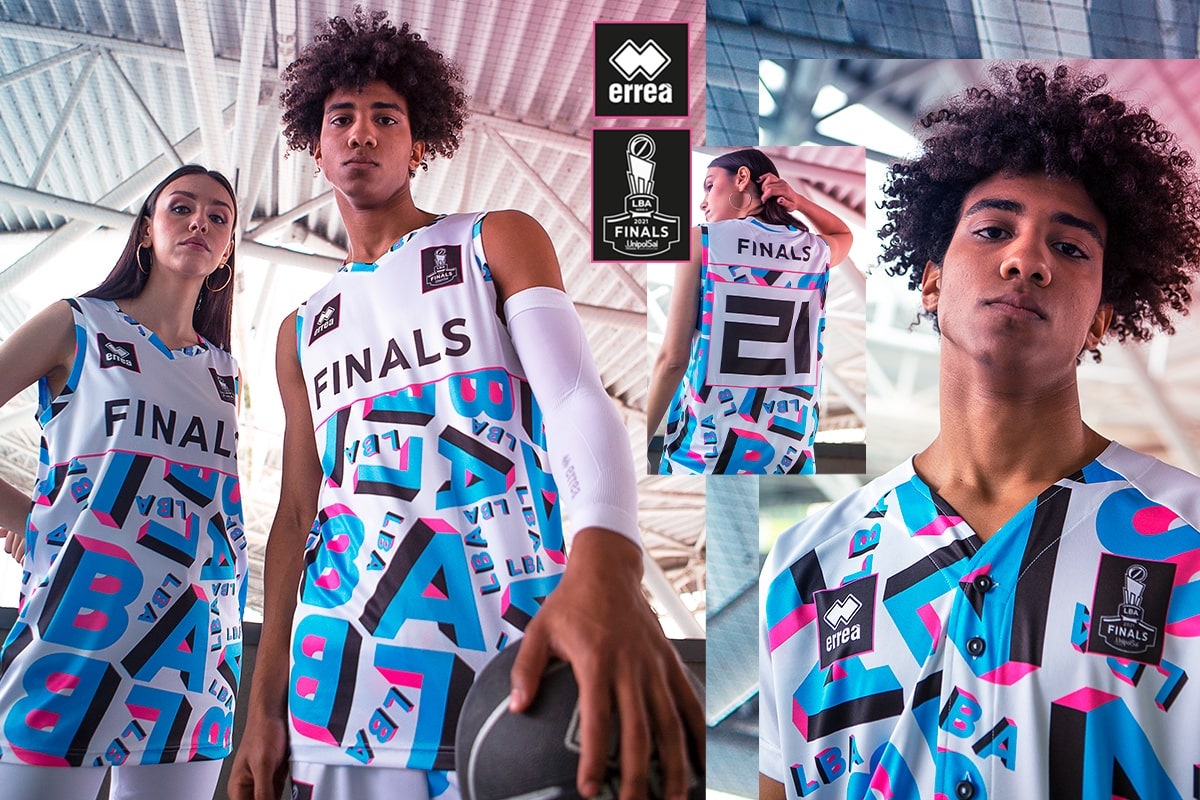 Following the success of the kit created for the men’s basketball playoffs, Erreà Sport, on their opening day, unveils a new capsule, this time for the LBA championship Finals.  For the eagerly awaited confrontation between Milan and Bologna, Erreà has created another experimental collection which once again is the result of the partnership with the LBA, the Italian Basketball League.

A capsule collection which, like the previous ones, features an iconic product conceived and designed to celebrate and enhance a sporting event. The new kit, which presents a new stylistic language, continues the driven and original creative and graphic work which began with the Final Eight, and continued with the playoffs.

The vest and shorts, in white, black, cyan and pink, feature the same transfer-printed block pattern, that recalls the major distinctive elements of the LBA logo and its lettering, but in a modern key.

The capsule will only be available to buy from it.errea.com between Friday 5 and Thursday 17 June. Furthermore, users who register on the Italian Basketball League website, fan.legabasket.it, will be entitled to a special 20% discount.

A new way of making a statement about oneself, made up of brand new ad hoc created capsules which, thanks to the extreme concept of customisation, is intended to once again raise the bar when it comes to the creation of one’s own exclusive and unmistakeable identity.