First chapter in the 2019 Cev Volley Cup Final. Trento trounces Galatasaray. The return leg will be today in Turkey! 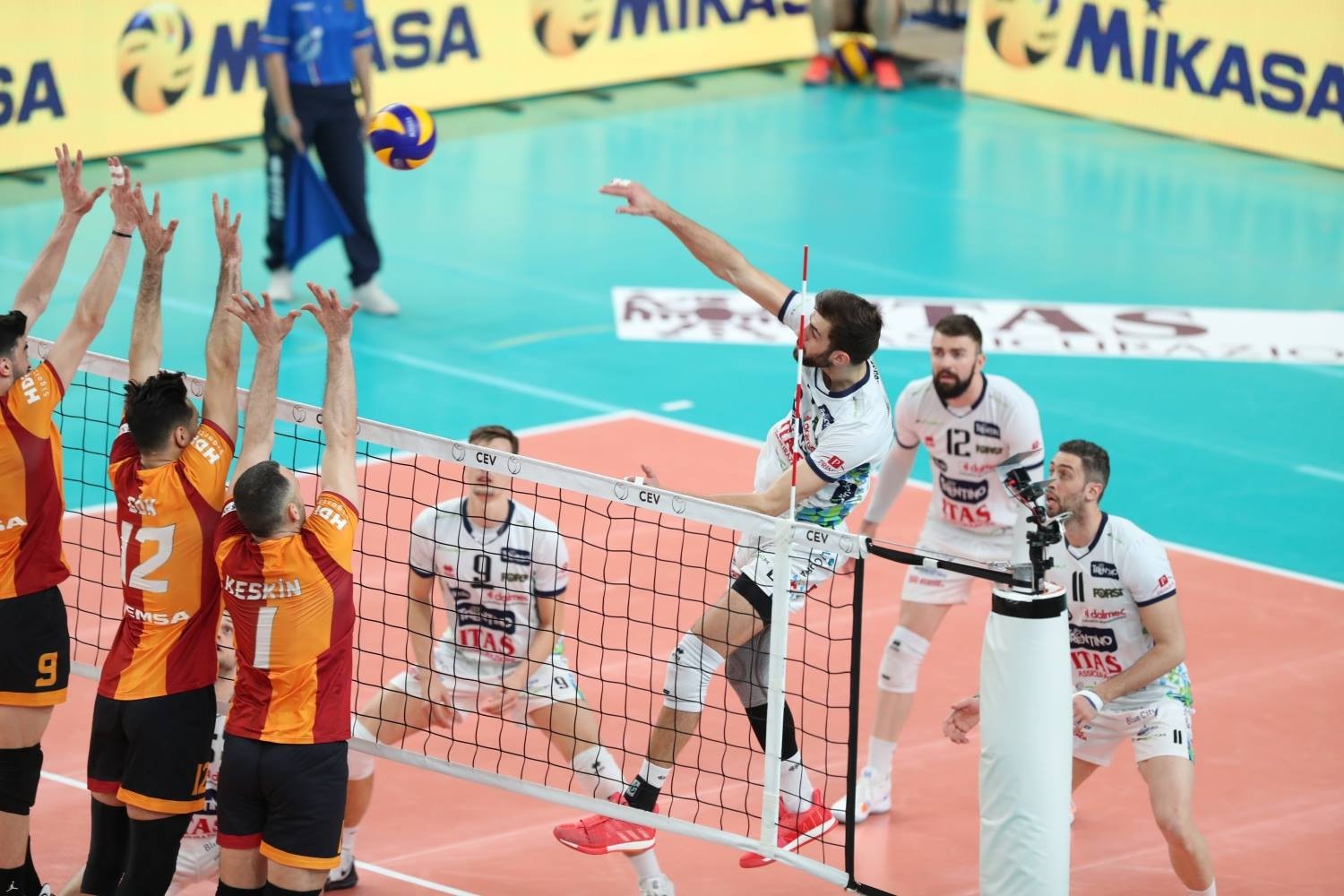 In the first leg of the 2019 CEV Cup Final, played at the BLM Group Arena the World Champions seal a comprehensive three set victory over Galatasaray Istanbul, taking a first important step towards possibly winning their ninth ever international trophy. Thanks to the commanding and swift achievement against their opponents, Lorenzetti’s players will only have to win a further two sets, in the return leg, to be played in Turkey, in order to win the only trophy that has so far eluded them.

The yellow and blue team succeeded in putting together this important win thanks to a dominant, aggressive and convincing performance in all key areas. Galatasaray struggled from the start to contain the service of the home team, and failed throughout to positively contain their opponents’ attackers, who were the stars of an outstanding performance.

The return leg will be tomorrow, in Turkey. Come on Trento!!!!