Erreà unveils the new Stripe iD 2019-2020 range, dedicated to and made to measure for Ado Den Haag 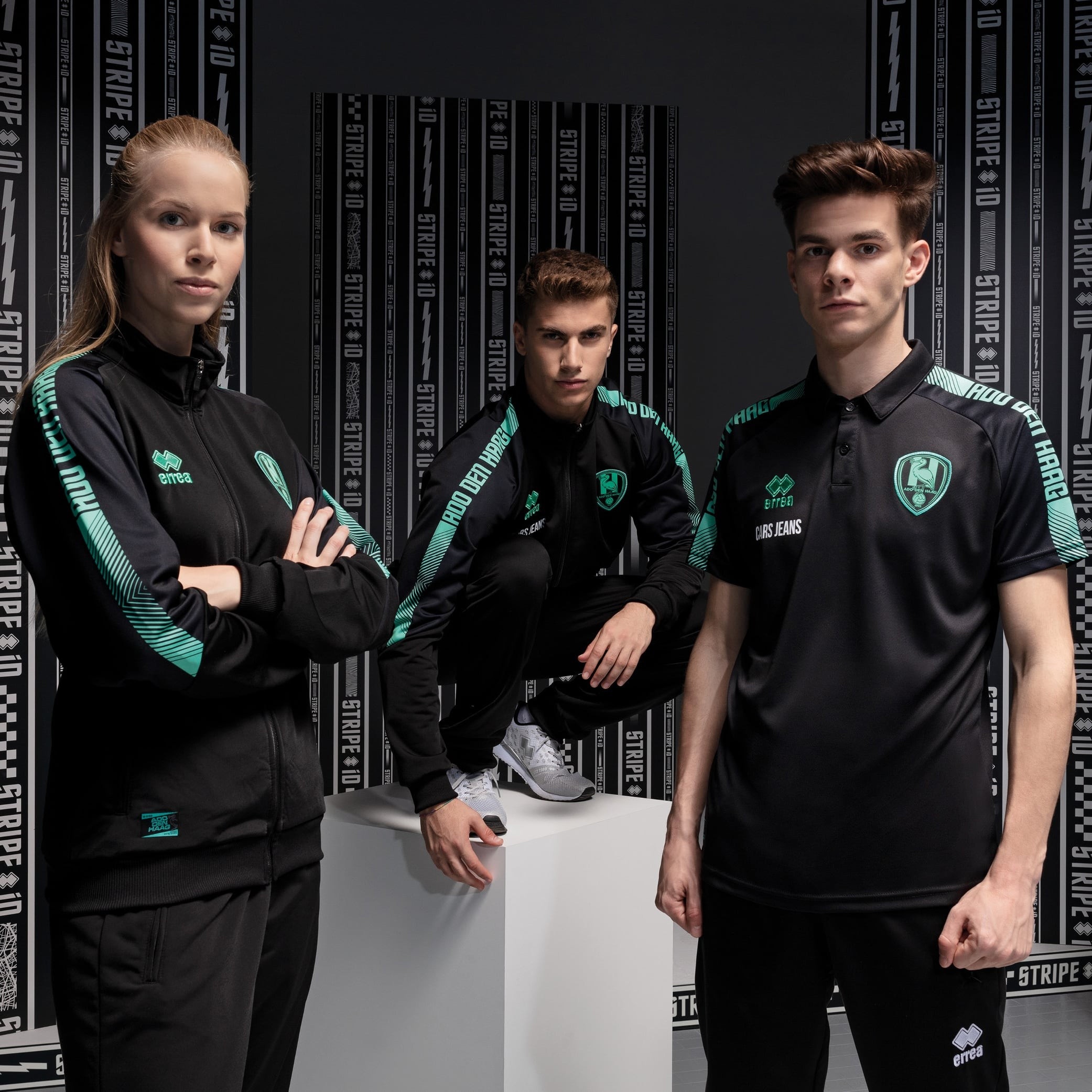 And so, it is that the Stripe iD range from Erreà also makes it first appearance in the Dutch Eredivisie league.

It is being worn exclusively by Ado Den Haag that, just like other prestigious clubs in the upper echelons of international football and a number of national volleyball teams competing in the 2019 Europeans, have chosen to embrace Erreà’s Stripe iD project and wear garments from this innovative, special range.

A unique collection consisting of casual and leisurewear garments characterised by the presence of the celebrated stripe, rendered totally customisable to the specifications of the Dutch club sponsored by Erreà.

STRIPE iD is intended to represent a new level and experience of customisation that places clubs and the concept of “identity” at its centre. For this, all of the elements that make up the stripe that is present on the whole team line, leisurewear and training kit included, of Ado Den Haag, have been designed and created to emphasise its unique and inimitable image, rendering it special.

Black polo shirts, fleeces and jackets on which the stripe, in brilliant green aqua marine transfer printed along the sleeves, clearly stands out. The stripe is not however in a single shade of colour but is embellished by a graphic texture made up of thin, diagonal criss crossing lines. In the middle the absolute outstanding feature is the Club's name. The embroidered Erreà logo is in the same shade of aqua green and the Club's logo is applied in high definition.

It is a collection that is designed to enhance, to the utmost, the culture of customisation, the company’s true strong point, and to involve, even more deeply, the teams that are, in every respect, thanks to their identity, called upon to become an integral and active part of the creative process.

The result is the production of modern and highly fashionable garments that make it possible to wear one’s own identity, making it even stronger, thanks to a style that is both elegant and striking and totally made to measure. 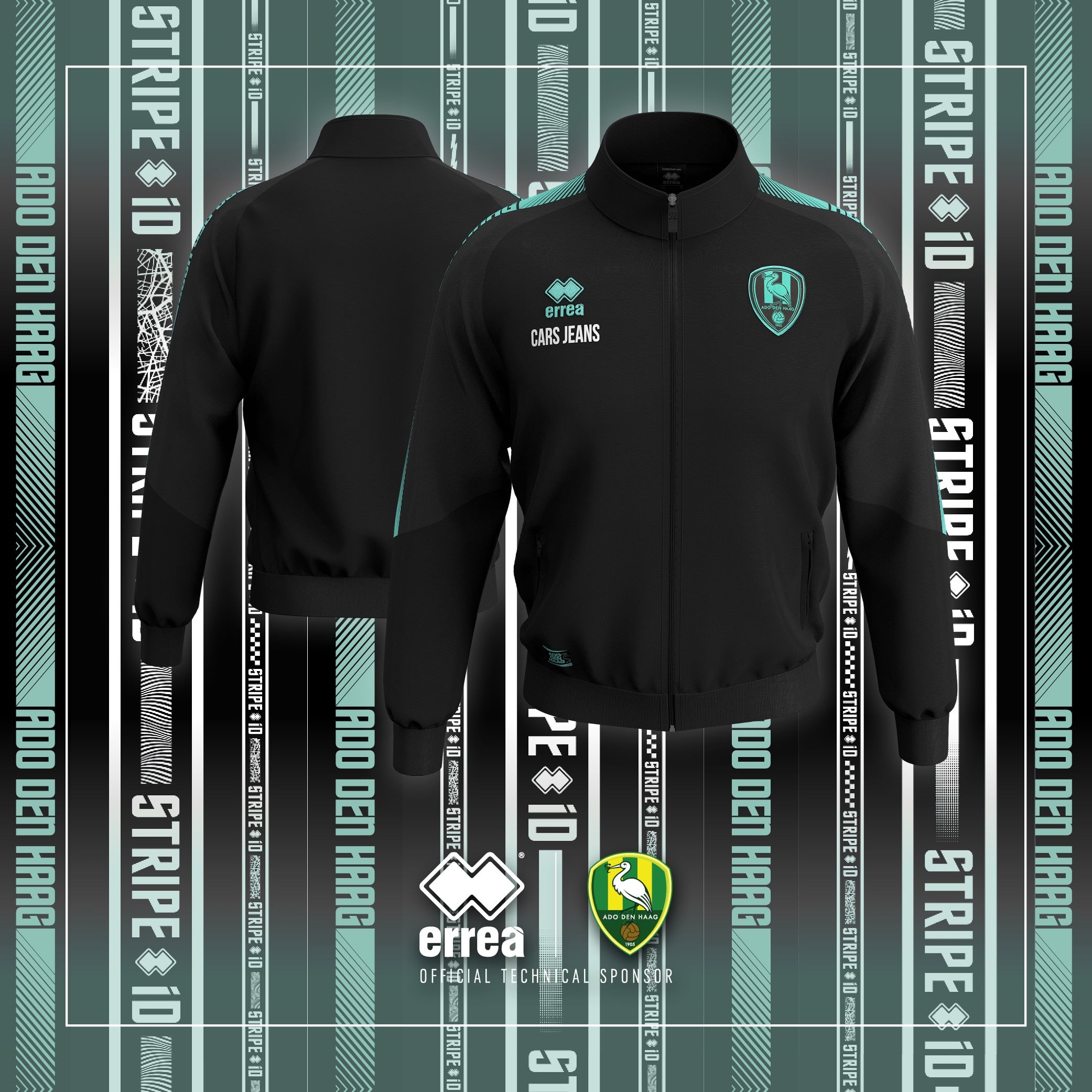 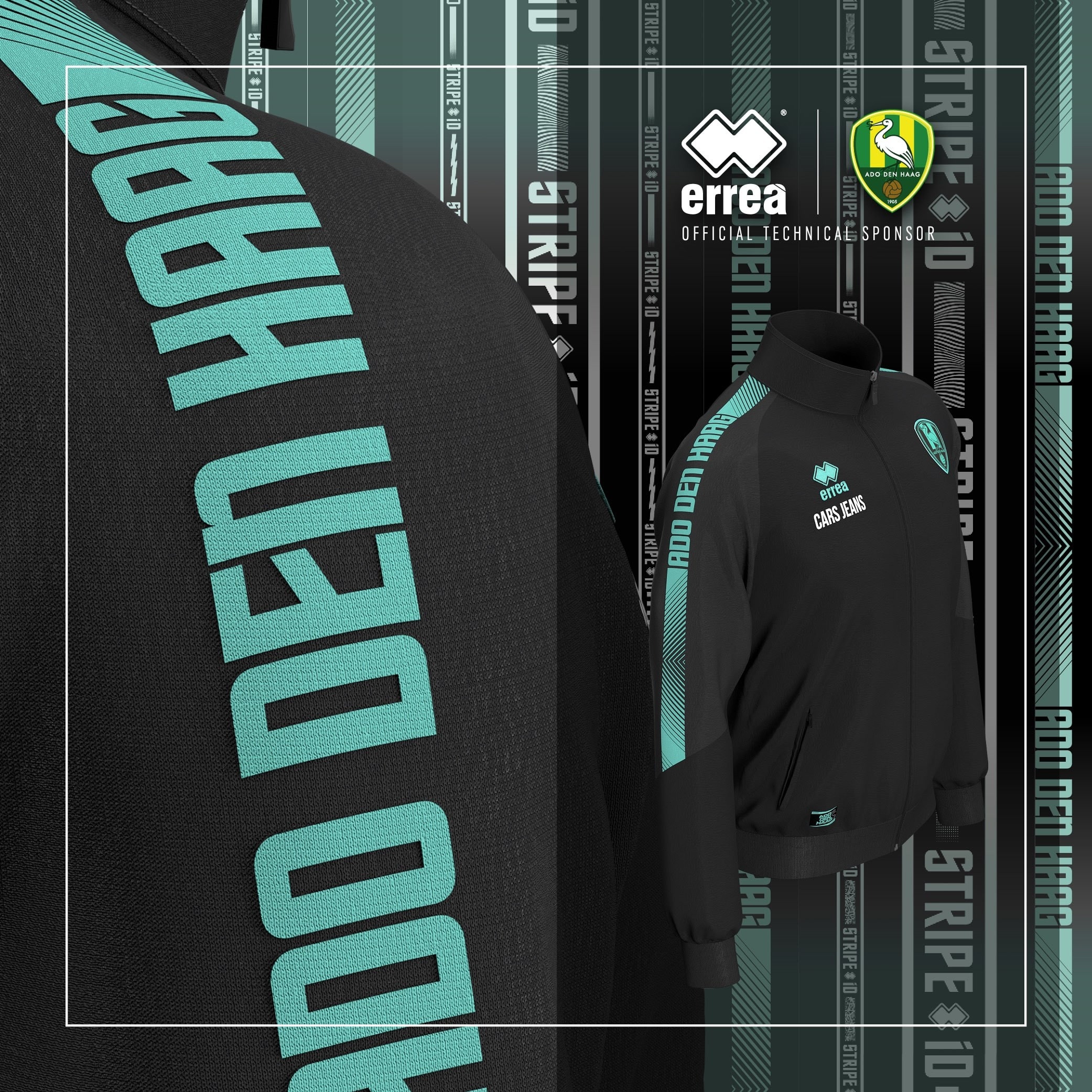