Erreà Sport will be participating in the IBSA Next Gen Cup, another great event organised by the Italian Basketball Serie A League.

The famous event, associated with young people, takes place in Pesaro from 5 to 7 May, and will see Under 19 teams from the 16 Serie A clubs competing against one another.

Erreà Sport has produced a t-shirt for the occasion, featuring a magnificent creative work that continues in its repetition of the LBA logo and its more distinctive elements, producing an explosion of colour in a strikingly modern style.

Against a blue background, the shirt has a sublimation print in which the blue LBA logo is repeated on the background and the red, ochre and cyan illustrations are created principally with oblique, vertical and horizontal lines, and geometric figures which combine to recreate a player in movement.

The first phase of group games will take place at the central court of the Vitrifrigo Arena and the Palestra Nord in Pesaro. The second phase will be played using the Final Four formula: the venues and dates will be announced in the coming weeks.

The sixteen teams taking part will be divided into four groups and will play using a round-robin system in one leg, one game a day. The top ranked teams in each group will go through to the final phase.

Erreà Sport, as one of the major sponsors, will also have two stands at the event. One will be the company’s own stand with catalogues and products whilst the other will be run by Prodi Sport, a local store. 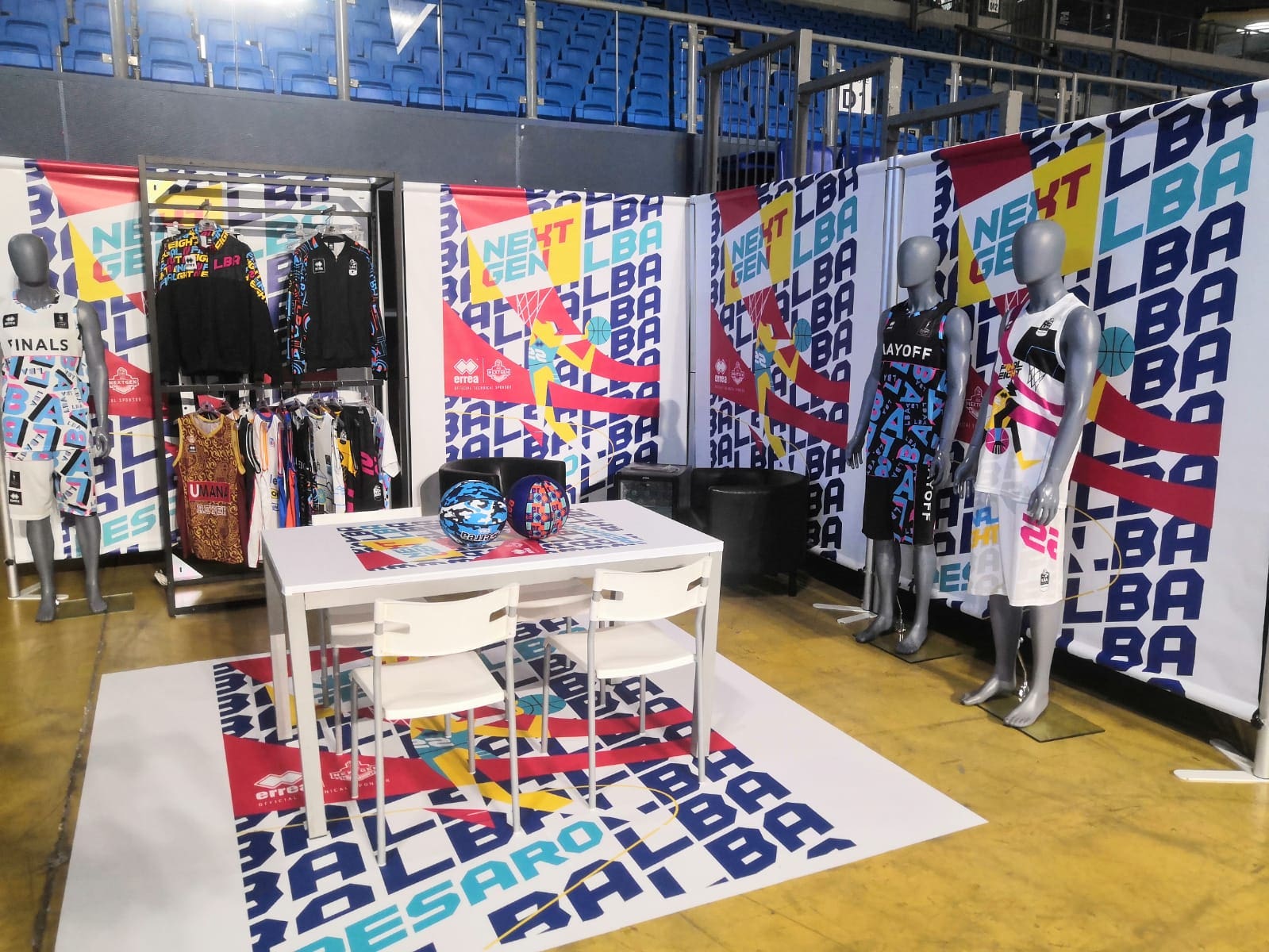 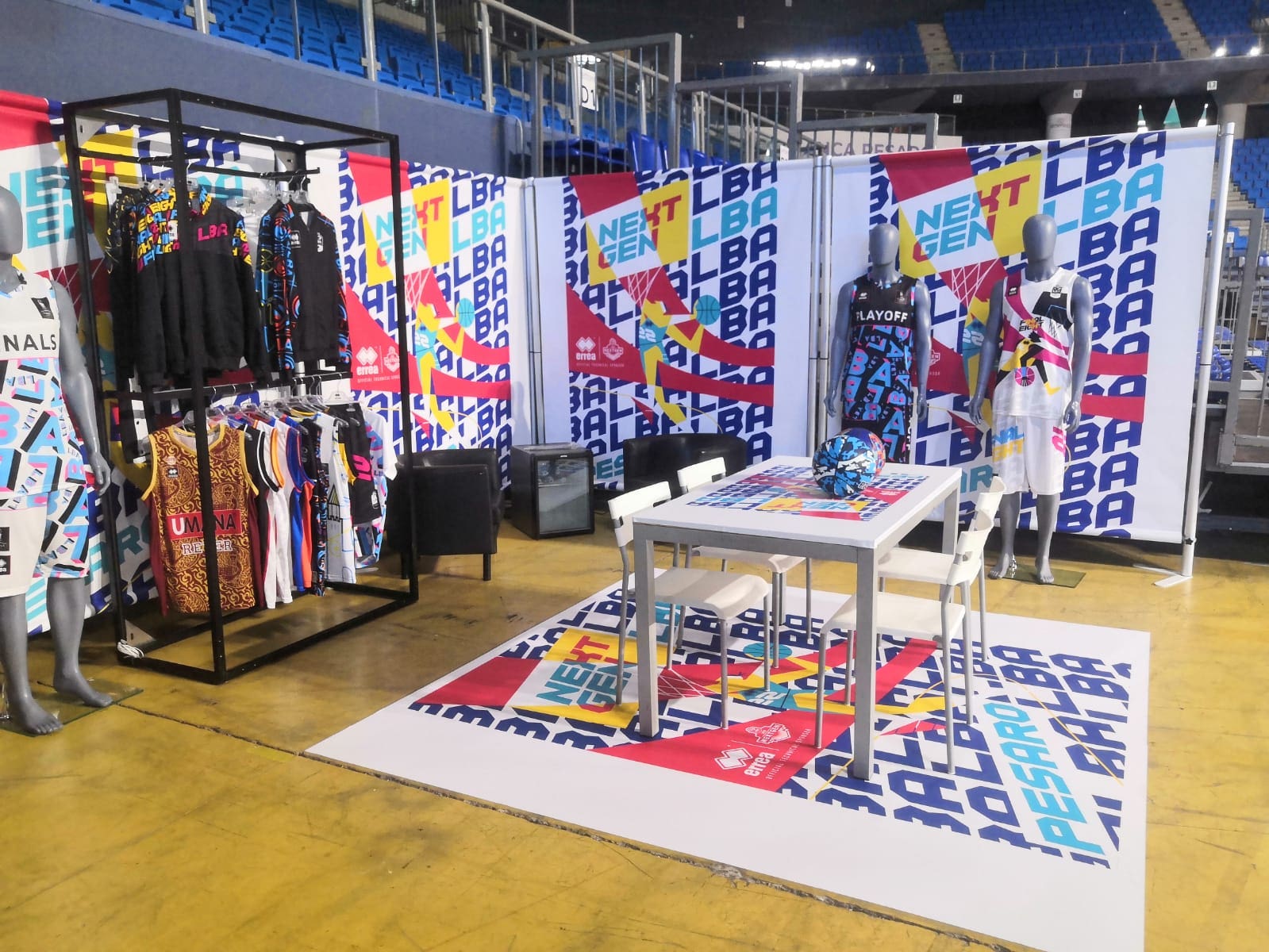