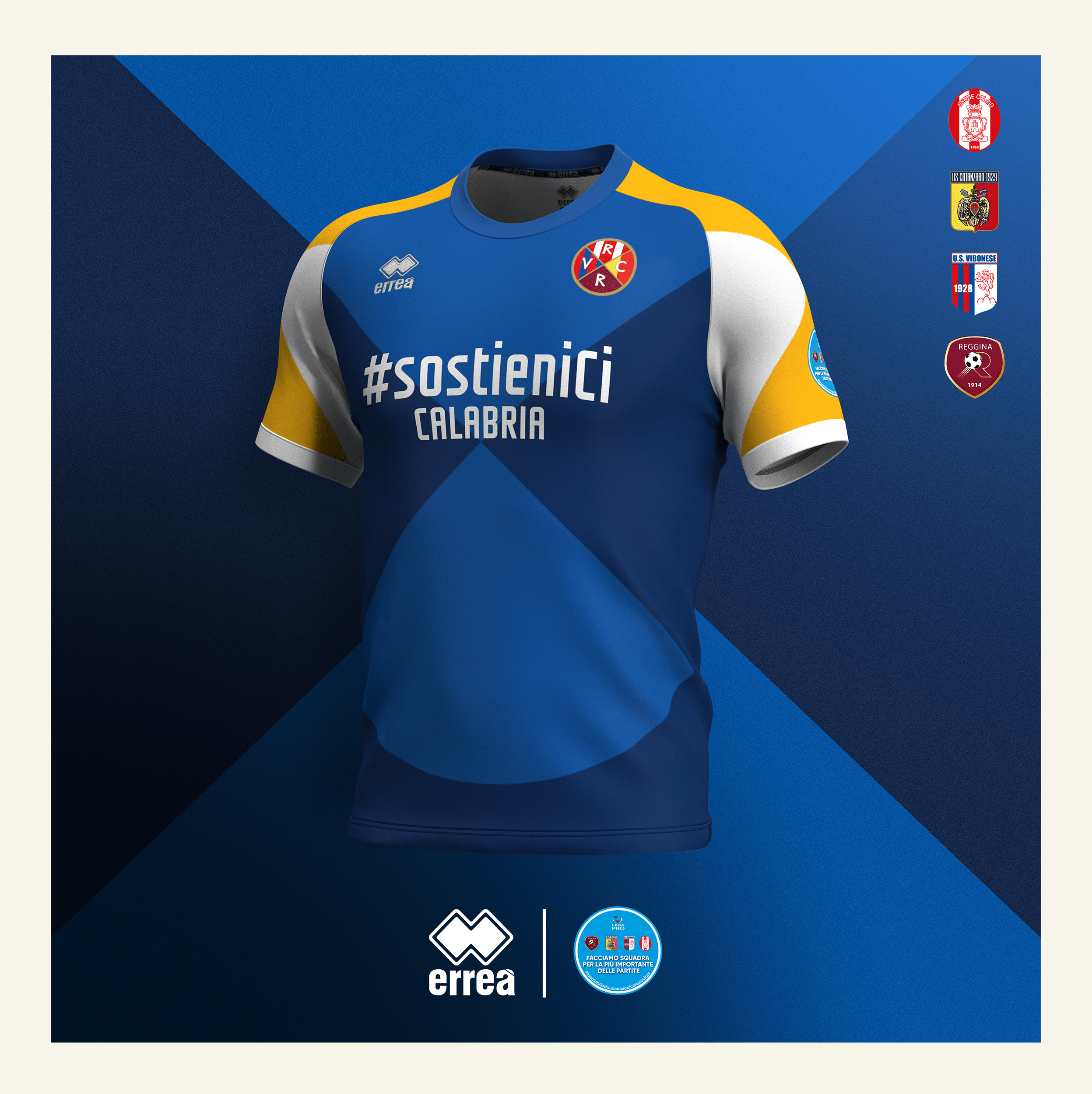 These four professional Serie C football clubs in Calabria have become the main players in an amazing and unique initiative created to raise funds to support the thousands of families in the area affected by the serious economic and health crisis caused by the spread of the Covid-19 pandemic.

Calabrian football has joined forces in a united show of solidarity and mutual support, values that more than ever before are necessary and essential in overcoming the emergency and getting the country back on the road to recovery. 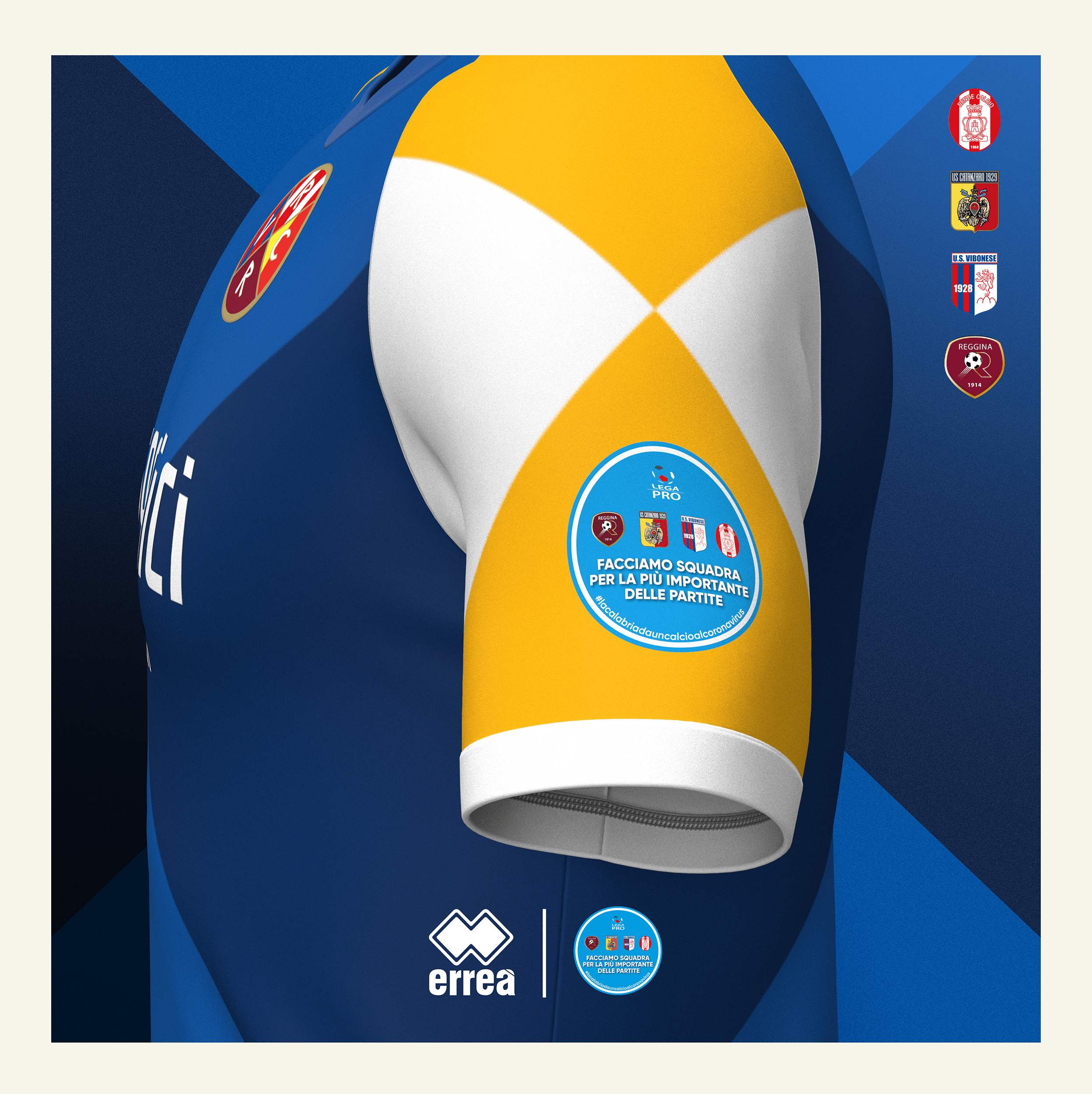 Erreà Sport, already the technical sponsor of Lega Pro, U.S. Catanzaro and Rende Calcio, has proudly joined the project by creating a special kit inspired by the yellow-blue colours of the Calabria Region, the stylized image of which is emblazoned in the centre of the new shirt along with the campaign's official hashtag #sostieniCi CALABRIA (#supportUs CALABRIA). Symbolically divided into four segments, the shirt is embellished with the badges of the four clubs promoting the initiative, brought together in a single circle on the left breast.

An exclusive shirt that will be produced and put on sale for all fans and the general public.

The creation of this kit, however, represents only one element of this charity initiative based primarily on the sale of "a solidarity ticket" that all fans can purchase as a way of making their own donation. All proceeds will go to the Calabrian division of the Protezione Civile (Italy's emergency management and response corps) to help all families who are currently in a difficult predicament.

So while football matches are suspended, the game off the pitch is more alive than ever and is eager to collaborate and team up to give concrete and incisive help and send out a clear message of strength and hope.