On Monday evening, 27 May, a friendly game was held to mark the farewell to professional volleyball of one of the greatest liberos in the history of French and world volleyball.

At the age of 42, Hubert Henno has decided to retire after being one of the players with the most wins in the history of the game, with over 254 convocations to his credit, the number shown on the back of the uniform.

To celebrate his extraordinary career, Erreà made a special jersey just for last night’s game, embellishing the kit of the French national team. On the front, a horizontal band shows the medals won with the French team. The left side lists the many Clubs for which Henno has played over the years, from Tours to Dynamo Moscow, from Macerata and Cuneo, to Paris. A career marked by countless successes and wins that find their place on the right side, transfer-printed like the rest of the shirt.

This is just the tip of his list of honours: 7 Champions Leagues, 9 National Titles, 7 National Cups and 4 Super Cups.

Incredible numbers for one of the greatest liberos in the history of volleyball, that Erreà took pleasure in honouring with this exceptional jersey. 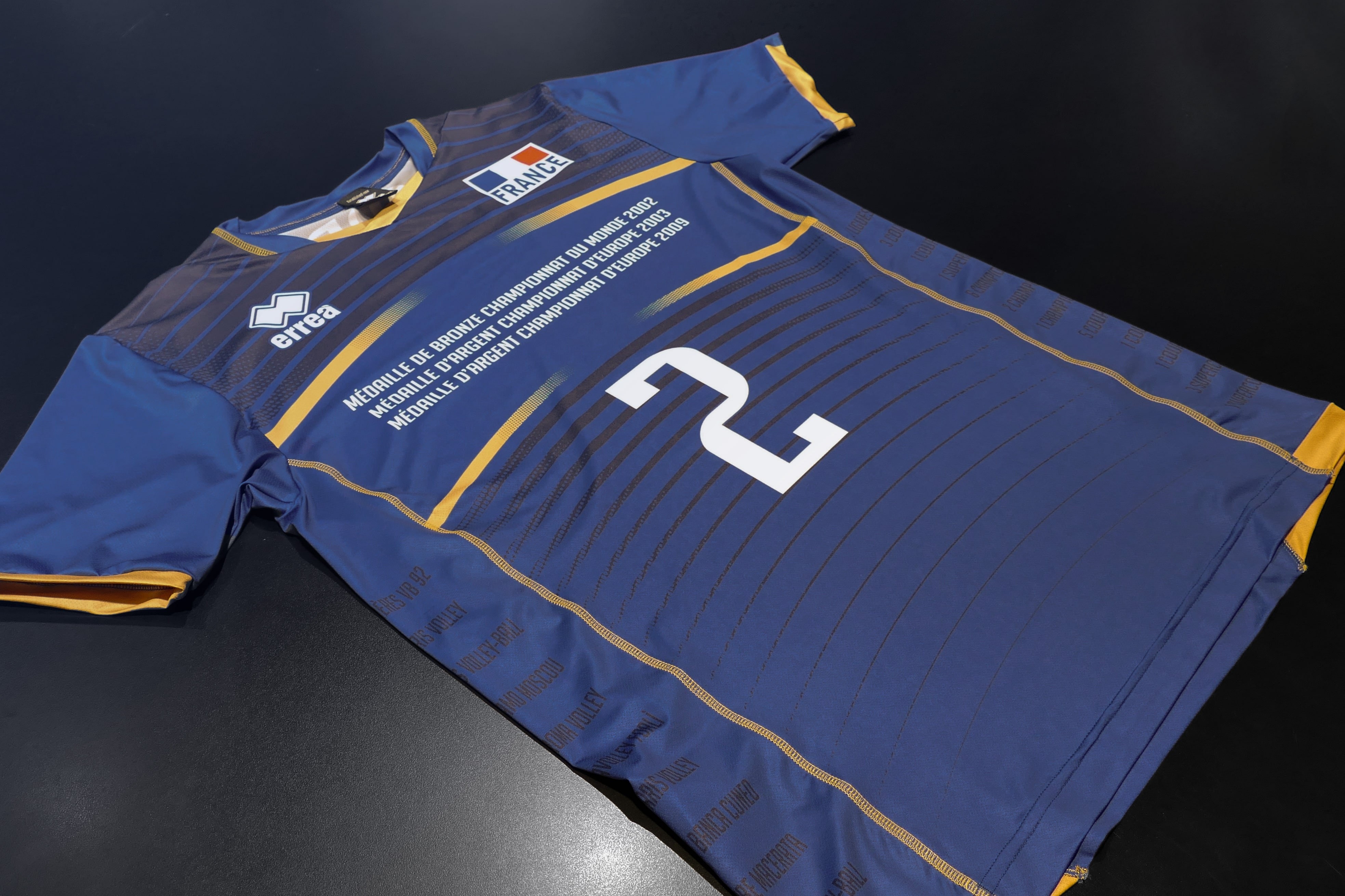