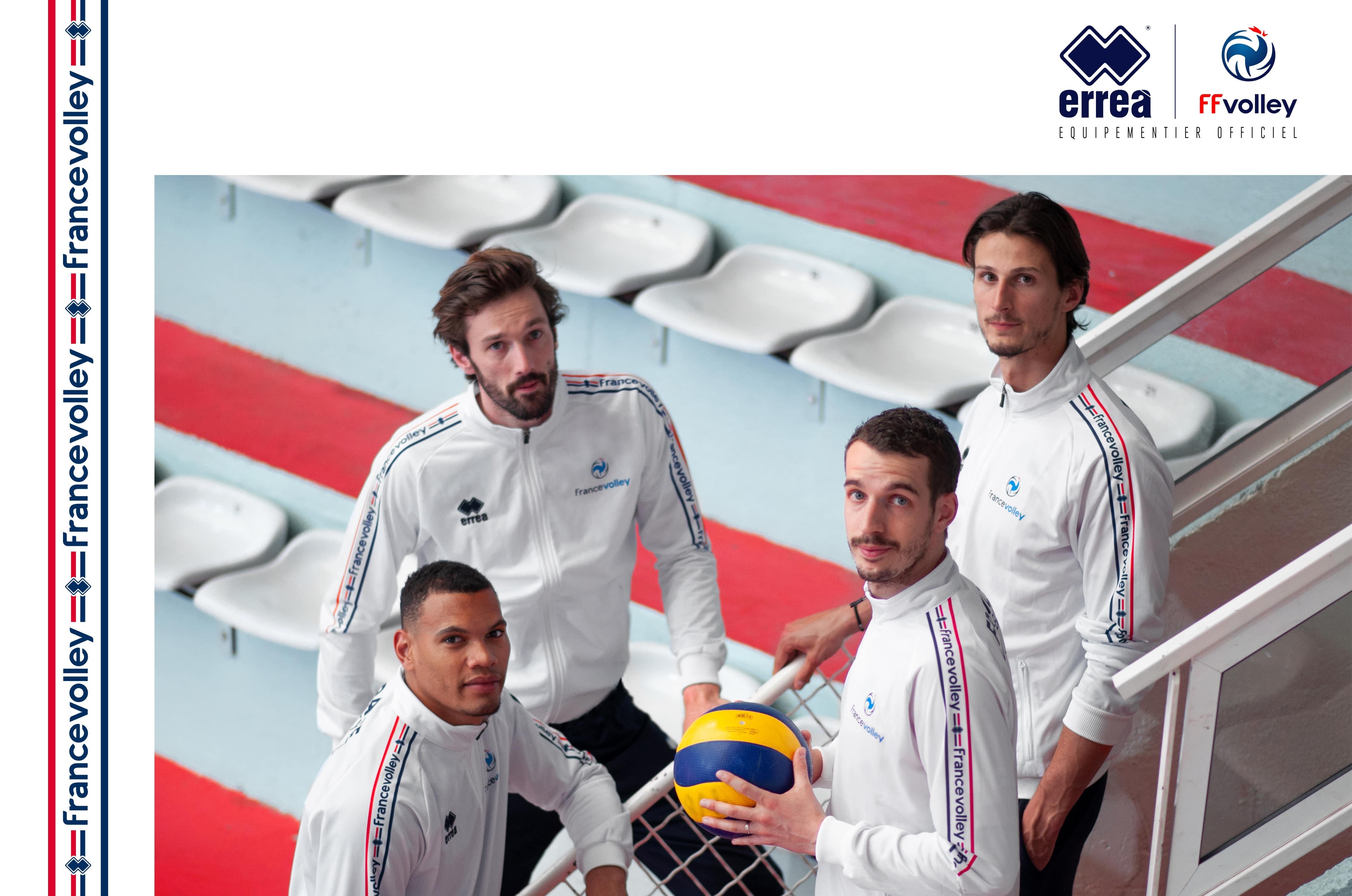 Erreà has now also created an exclusive Stripe iD for the FFVB, a special collection of casual and leisure wear garments featuring the celebrated and iconic stripe that has been rendered totally customisable to the specifications of “Les Bleus”.

The French national team was, in fact, among the first top team sponsors that chose to embrace Erreà’s Stripe iD project and wear garments from this innovative range, produced exclusively for both the men's and women's national squads. The garments, that appeared for the first time in recent weeks during the Volleyball Nations League, will be able to count on a hugely important and prestigious stage, like that of the forthcoming 2019 European Championships. 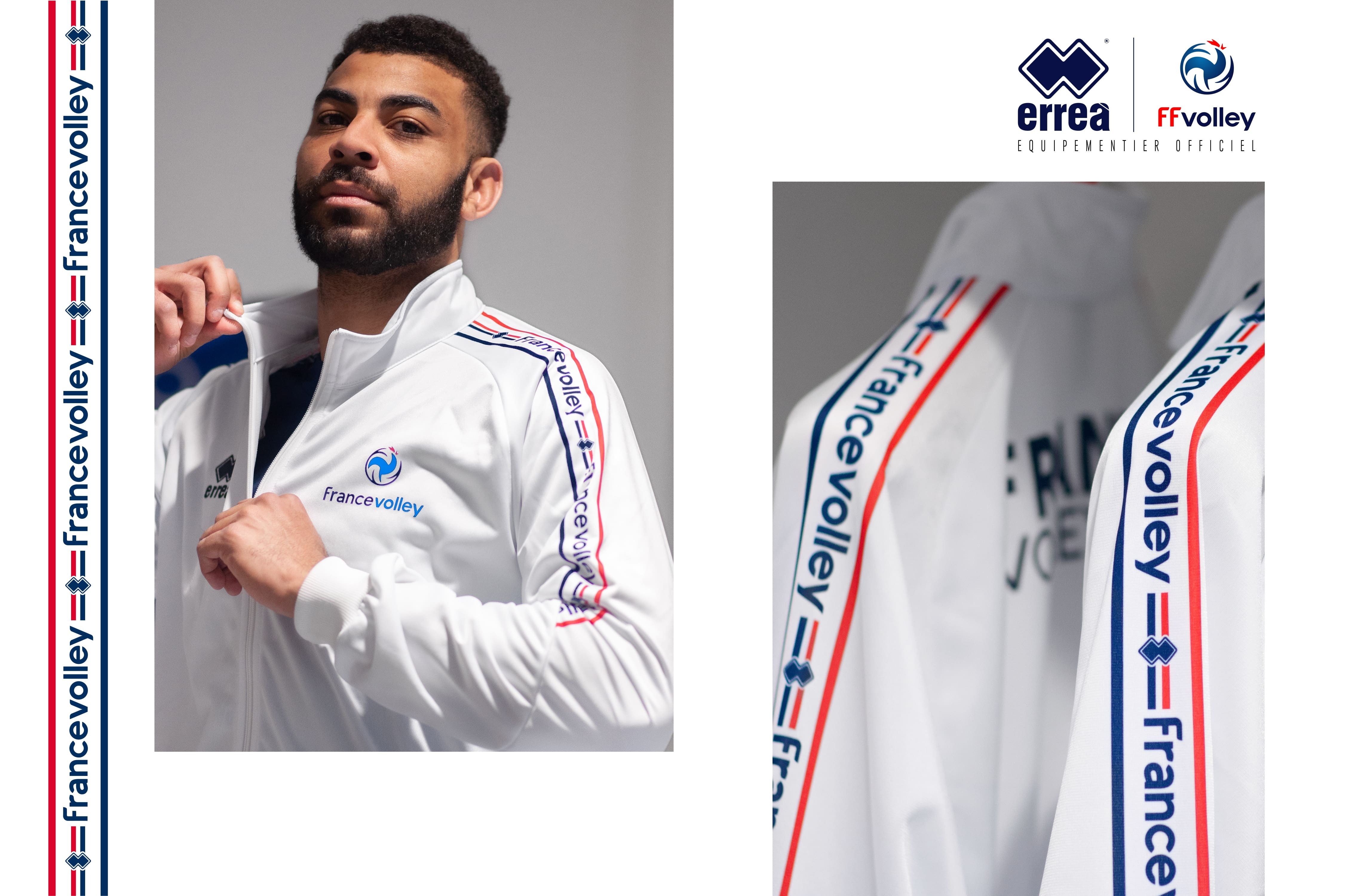 STRIPE iD is intended to represent a new level and experience of customisation that places clubs and the concept of “identity” at its centre. For this, all of the elements that make up the stripe that is present on the garments of the French national team, have been designed and created to emphasise its unique and inimitable image and rendering it special.

Sweatshirts, t-shirts and trousers on which the predominant feature is, precisely, the white stripe that is transfer printed along the sleeves and trousers. Within the stripe, the words “France Volley” appear in blue and are repeated and nestled in between the Erreà logos and the thin red and blue lines that reprise the colours of the French national flag. 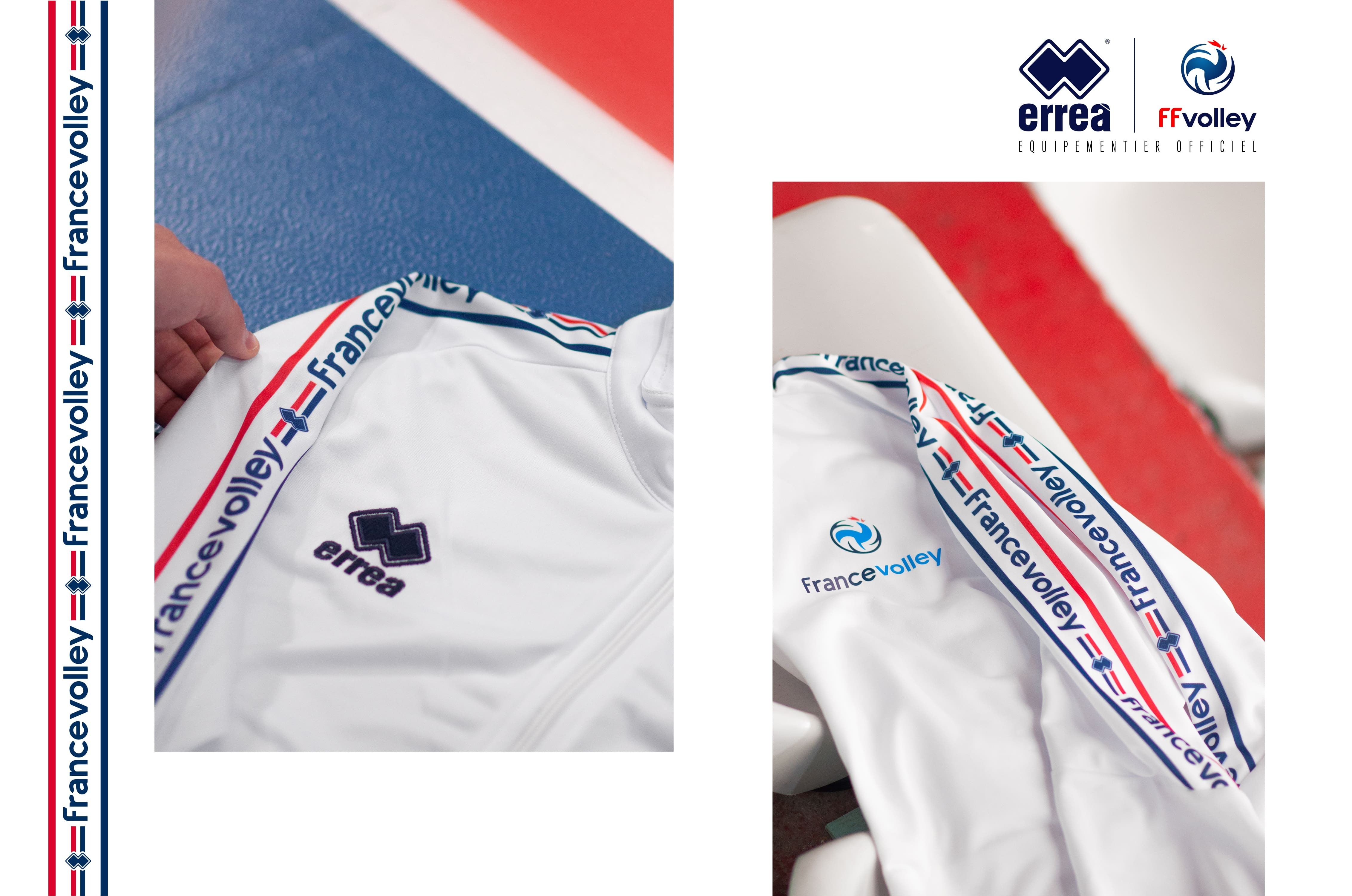 It’s a collection that is designed to enhance, to the utmost, the culture of customisation, the company’s true strong point, and to involve, even more deeply, the teams that are, in every respect, thanks to their identity, called upon to become an integral and active part of the creative process.

The result is the production of never-before-seen modern and highly fashionable garments that make it possible to wear one’s own identity, thanks to a style that is both elegant and striking and totally made to measure.

In addition to the FFVB, numerous other important French clubs from the world of volleyball, and not only, will soon be ready to unveil the latest Stripe iD collections that Erreà has dedicated to them with passion and originality. 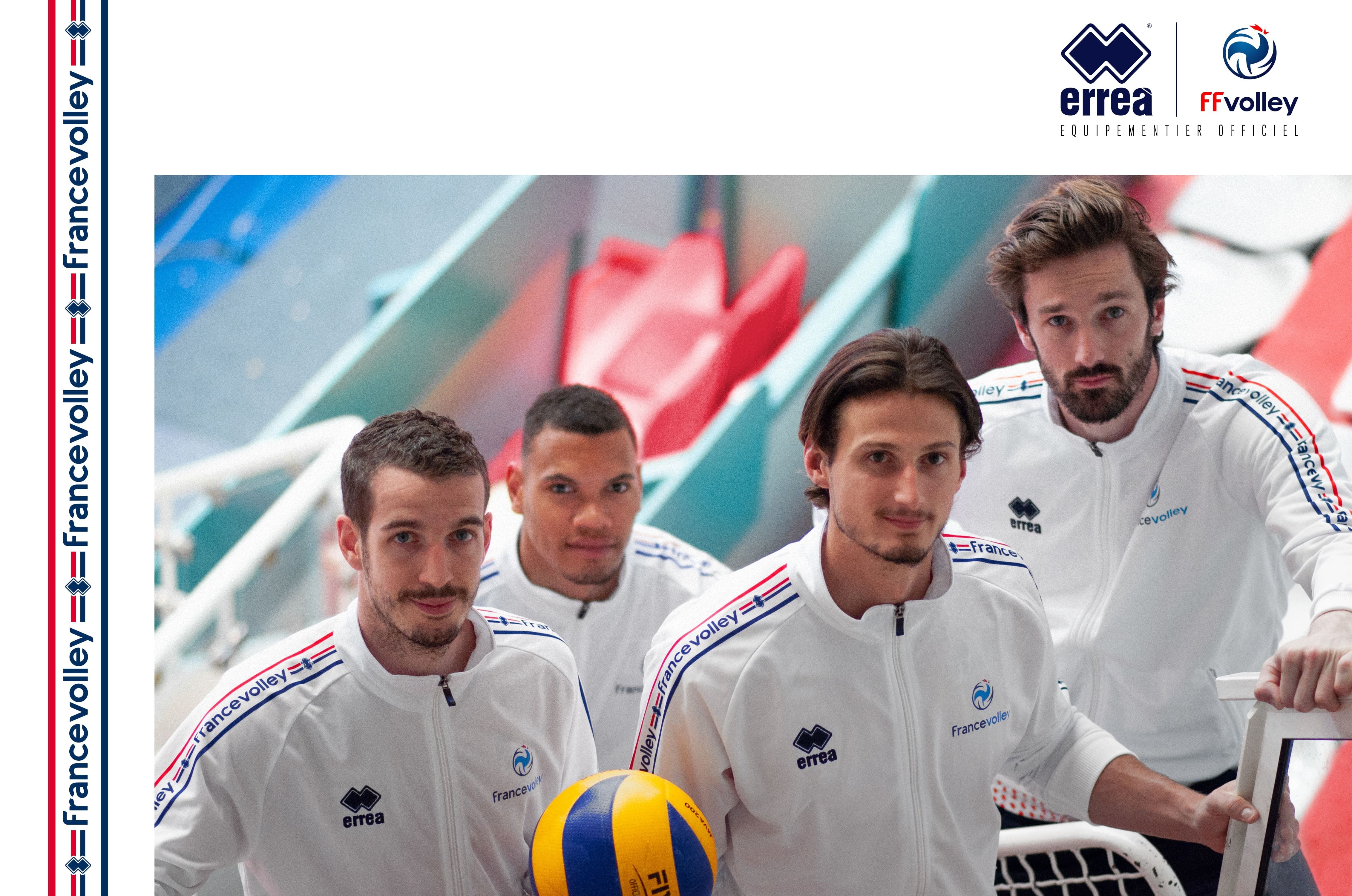 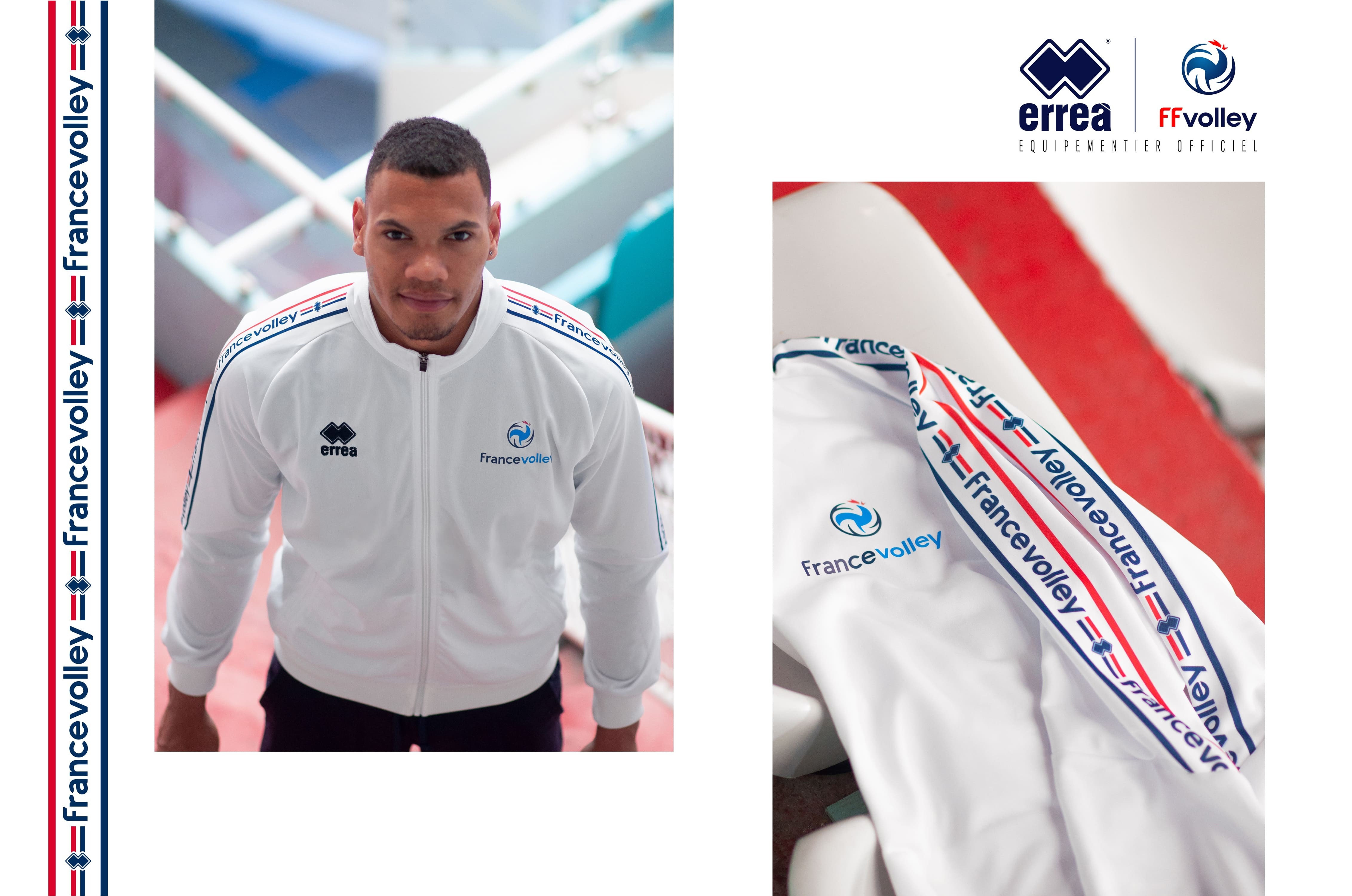