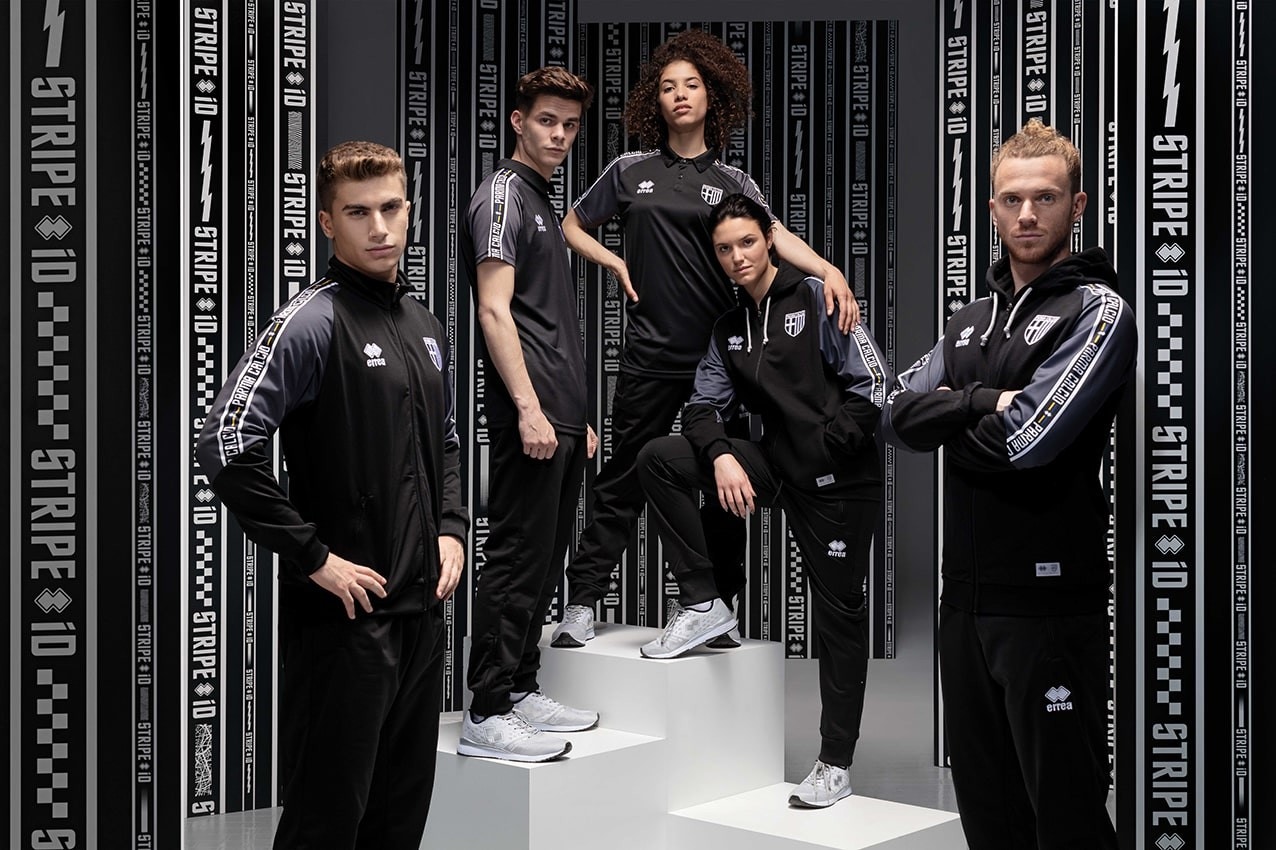 After having been the first exceptional endorser to wear this special capsule last January, in a match against Spal, and being one of the first of Italy's Serie A clubs to stamp and express its own identity on the customised stripe motif, Parma Calcio presents and renews the new Stripe iD collection from Erreà for the forthcoming season.

STRIPE iD is intended to represent a new level and experience of customisation that places the concept of “identity” at its centre and involves even more deeply the teams that are, in every respect, called upon to become an integral and active part of the creative process.

For this reason, all the elements that go to make up the celebrated and now iconic strip that characterises Parma’s team and leisurewear garments have been designed and created to emphasise its inimitable image, rendering it unique.

With obvious echoes of last season’s third shirt, that has proved so successful among employees and supporters alike, the STRIPE iD garments, dedicated to the Parma team, have a black background with anthracite grey inserts on which the customised stripe is transfer-printed along the sleeves. Inside the stripe, the words Parma Calcio, in white and in upper case, are repeated, above thin yellow and blue lines, and nestled in between the Erreà logos.

Basic and elegantly designed, refined jackets, sweatshirts and polo shirts, on which careful attention has been paid to the smallest detail.

A refined range created by Erreà for Parma Calcio, one that does not want to simply ride the wave of the fashion of the moment, but to enhance to the utmost the culture of customisation, the company’s true strong point and, with passion and originality, create an exclusive, striking style, that is totally made to measure. 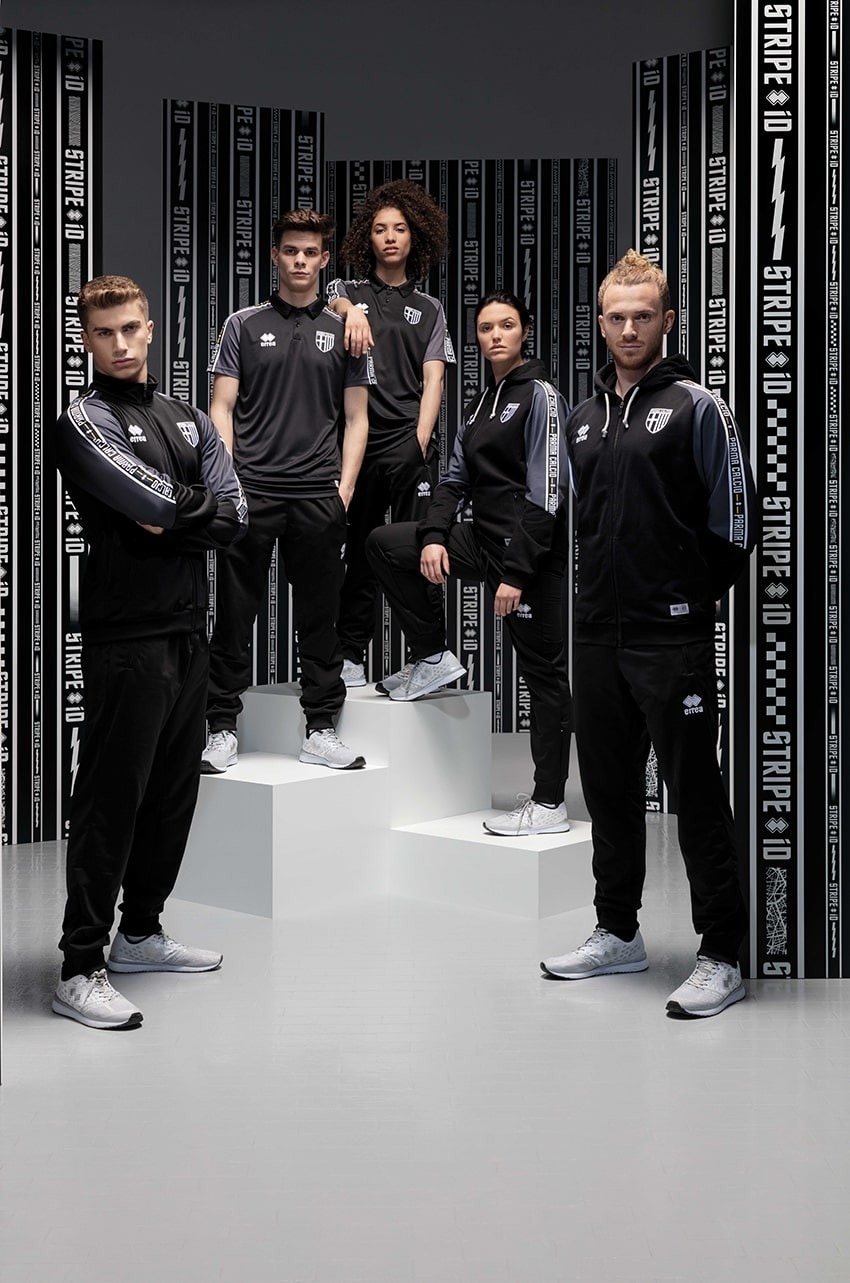