Erreà Sport presents its Stripe iD project for the Italian national teams, on the occasion of the forthcoming European Volleyball Championships 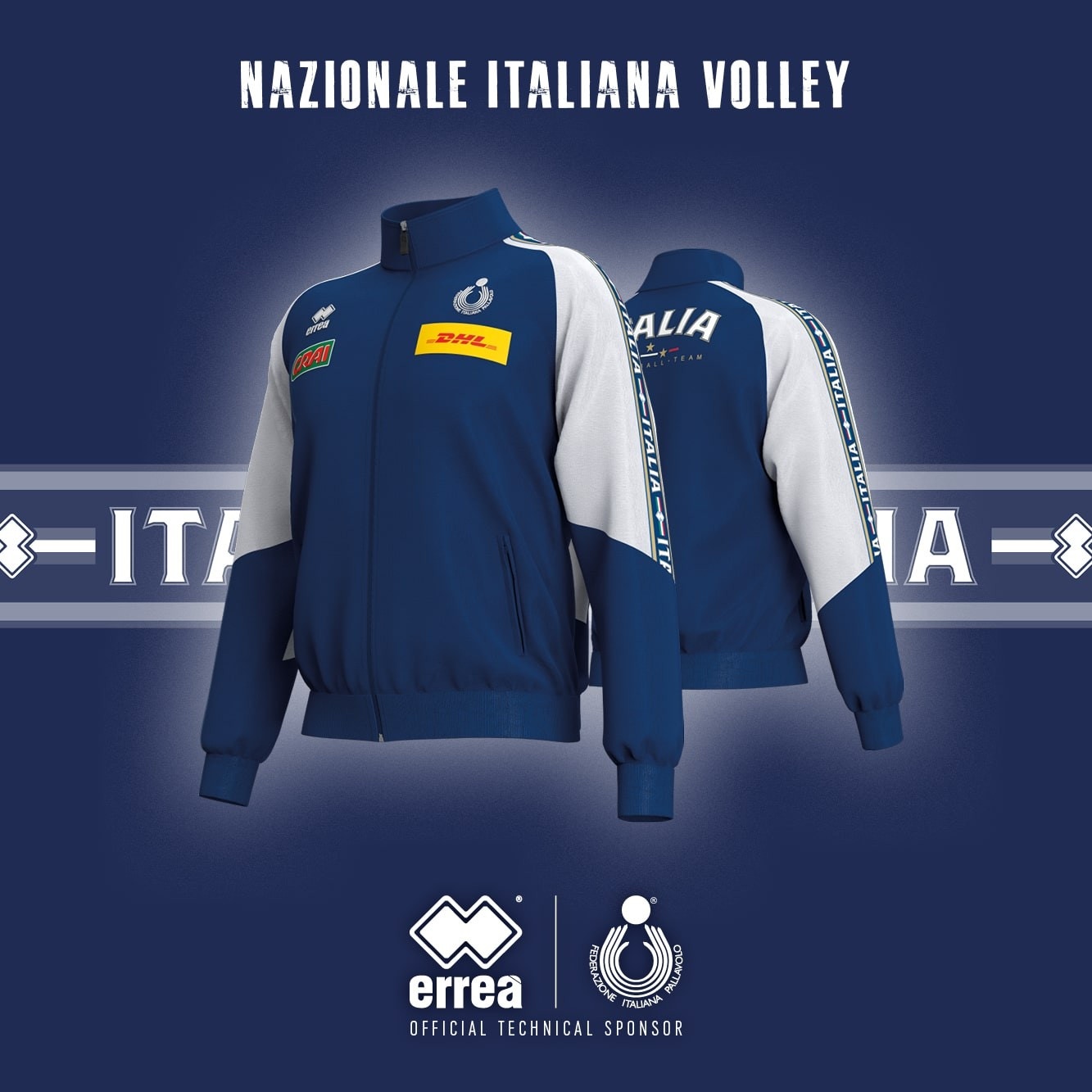 Erreà Sport has chosen a hugely prestigious stage to present a project and a special garment that will accompany the Italian national teams during the forthcoming Men’s and Women's European Volleyball Championships, scheduled to be played between August and September 2019.

Stripe iD is, in actual fact, the project that Erreà has made available to sports clubs and associations, offering them an opportunity to customise the stripe and all its elements to express and wear their own unique and unmistakeable identity.

The new jacket, with a blue background and white inserts along the sleeves, presents the stripe's motif on the shoulders with the wording “ITALIA” framed by the Erreà logos and the stripe in green, white and red. The white FIPAV and Erreà logos are embroidered on the front, whilst the back of the jacket has the wording “Italia Volleyball Team” embellished with three gold stars.

A highly fashionable and new garment that is not simply intended to ride the wave of the fashion of the moment, but to create a new experience and level of customisation involving clubs even more deeply in the enhancement of their image in the creative process.

A project that will not only concern Italy but also other national teams for which Erreà is the official technical partner at the European Championships, so that they too can distinguish themselves, in terms of style, at this eagerly awaited and much-coveted tournament.