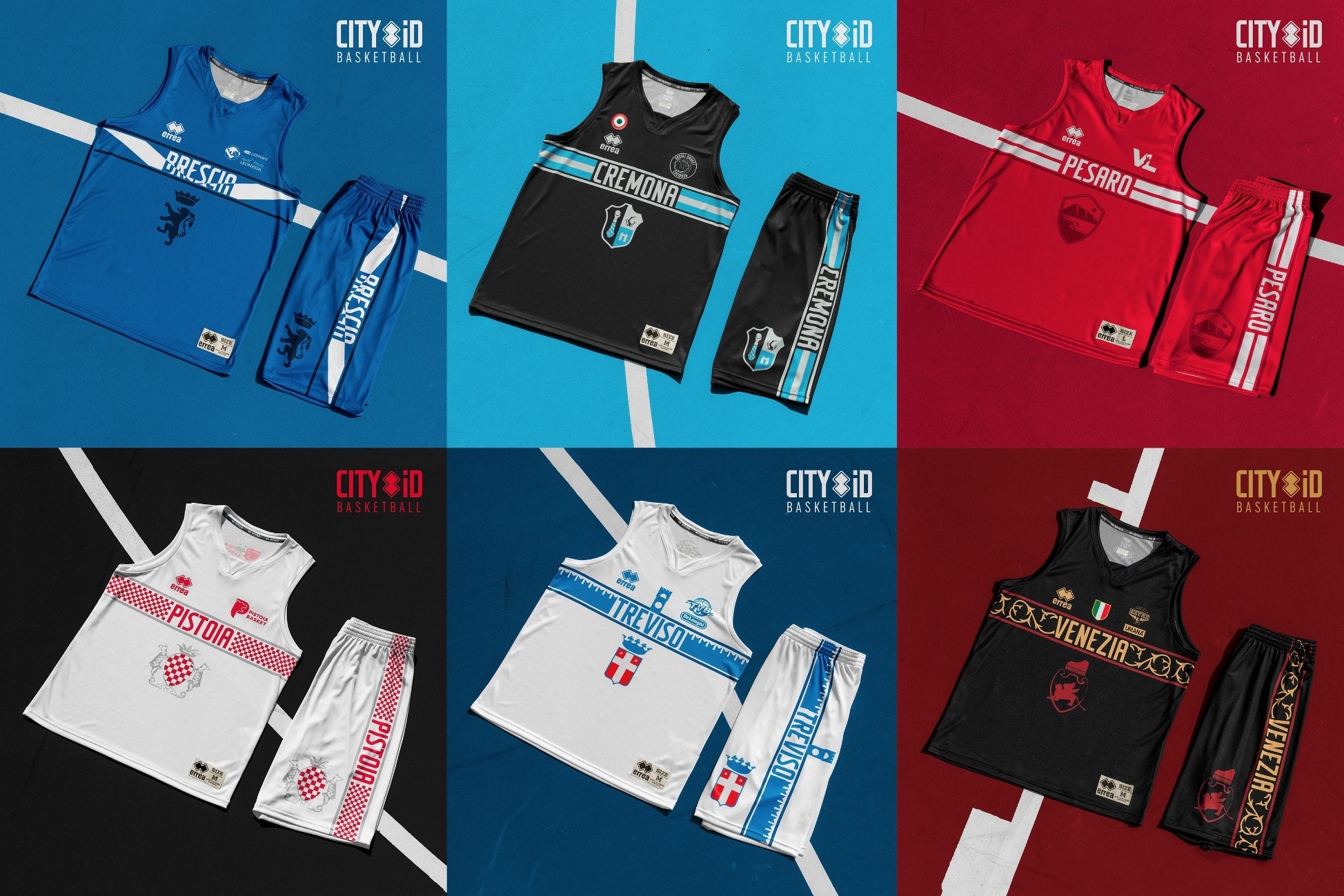 Identity and the bond with the area are, in fact, fundamental concepts for Erreà Sport that, since 1988, has continued to follow with strength and conviction its vocation for customization, producing every year thousands of unique sports garments made to measure for its Clubs and professional teams.

At the end of an extraordinary season of Italian basketball --with the triumph of Cremona in the Italian Cup, the conquest of the championship title by Venezia Reyer and the promotion of Treviso into the top league-- and on the strength of the success of the Stripe iD line --the exclusive line characterised by the celebrated stripe made completely customisable-- Erreà has decided to expand this new level of communication also to basketball, producing for its Top Teams apparel that is equally iconic and innovative.

In collaboration with the teams it sponsors, Errea has designed 12 basketball vests (home and away) dedicated and conceived for the 2019-2020 pre-season, characterised by a design and graphics centred on the symbols, colours and banners of the cities of reference.

With City iD, Erreà’s intention is to effectively exalt the value of Italian culture, celebrating the millennia of history of its cities, each rich in traditions and curiosities that can be represented on the garments with imagination and inspiration through the different languages: names, crests, mottos, emblems. All these elements serve to enhance the identification of the city with its team and make its fundamental bond with the fans even stronger.

But City iD is more than just this. It is a project that will give all the basketball teams the opportunity to create their own customised vest, by special order, with the same look as the basketball greats, at the same time including new products of merchandising for supporters and enthusiasts.

The kits will not replace the official match vests but will flank the technical material with an iconic role played again on the strong concept of identity.

“Wear your city, wear your identity” 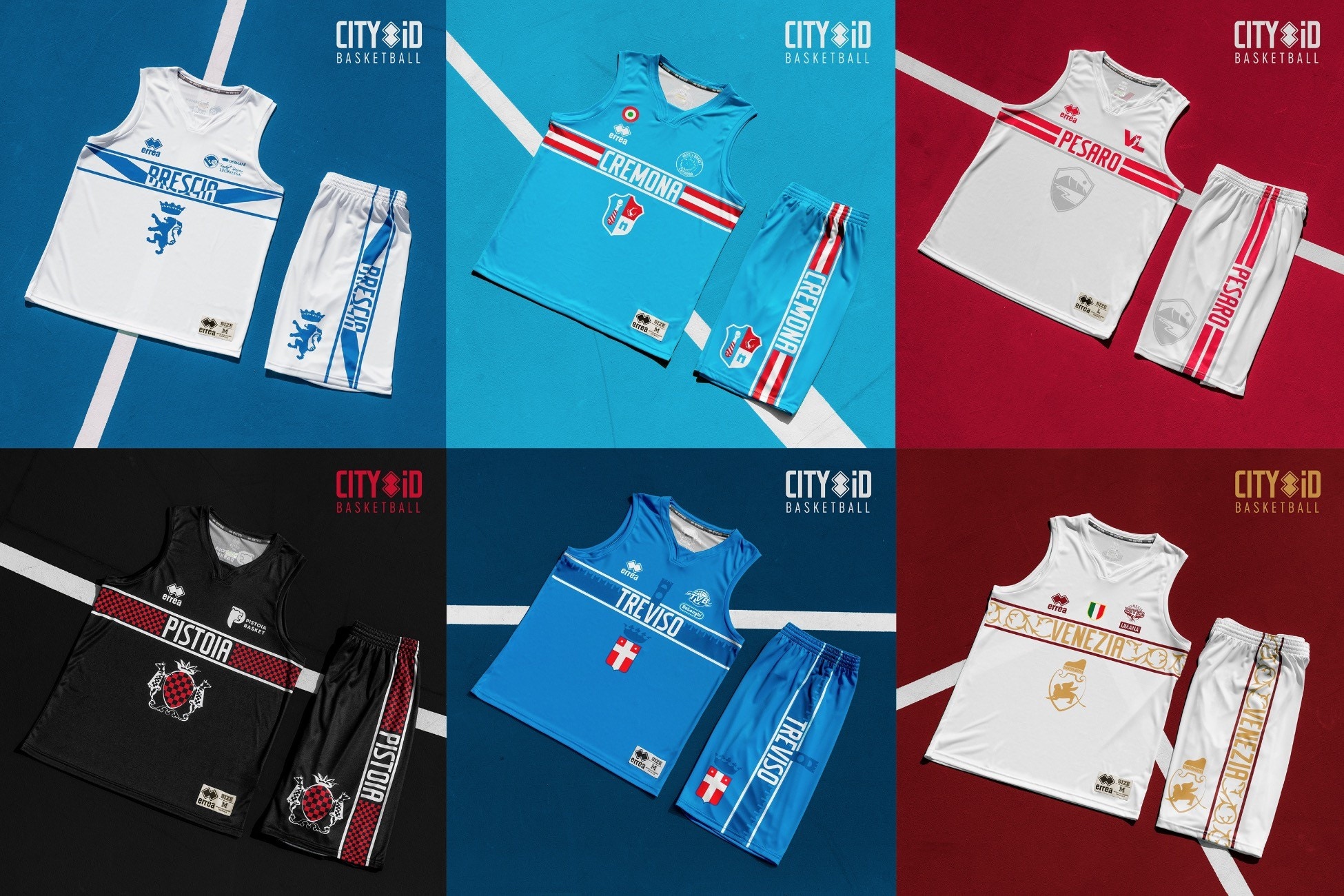