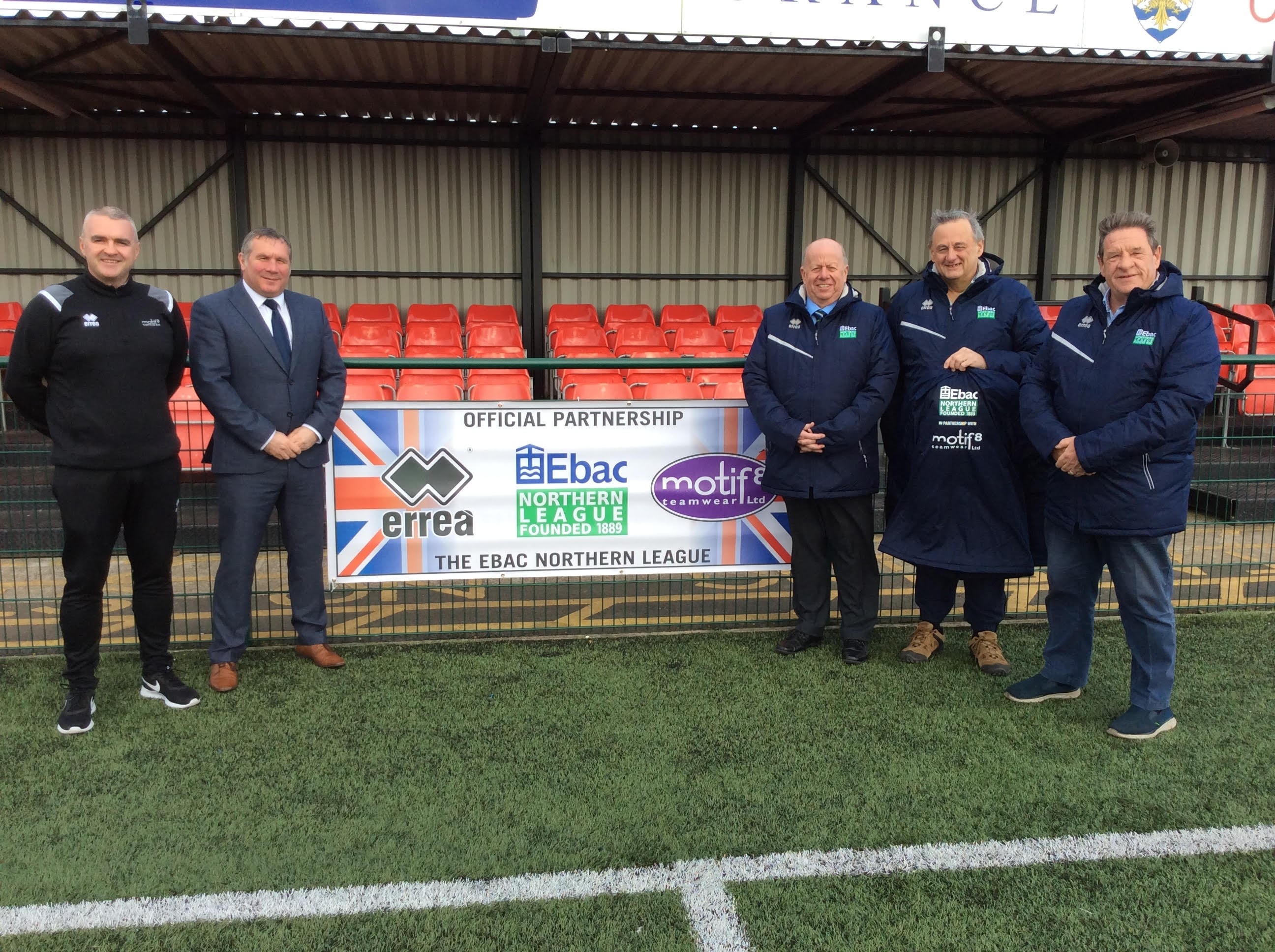 Thanks to our official distributor, Erreà Motif8, Erreà has become the new partner of the Ebac Northern League, the men's football league in north east England for semi-professional and amateur teams. Founded in 1889, it is the second-oldest football league in the world still in existence after the English Football League. It contains two divisions: Division One and Division Two.

Erreà Sport will supply all the teamwear, t-shirts and jackets, that will be used by different members of the League's staff on the bench, beginning with the 2020/2021 season and the four seasons that follow thereafter. "This agreement will allow us to work even more closely with the clubs in the League and also to show off the extraordinary quality of Erreà products" said Carl Sweeting, Motif8's Teamwear Manager.