Erreà Sport is the new official supplier to the Bulgarian Volleyball Federation. The new official match strips and Stripe iD team and leisure range have been unveiled 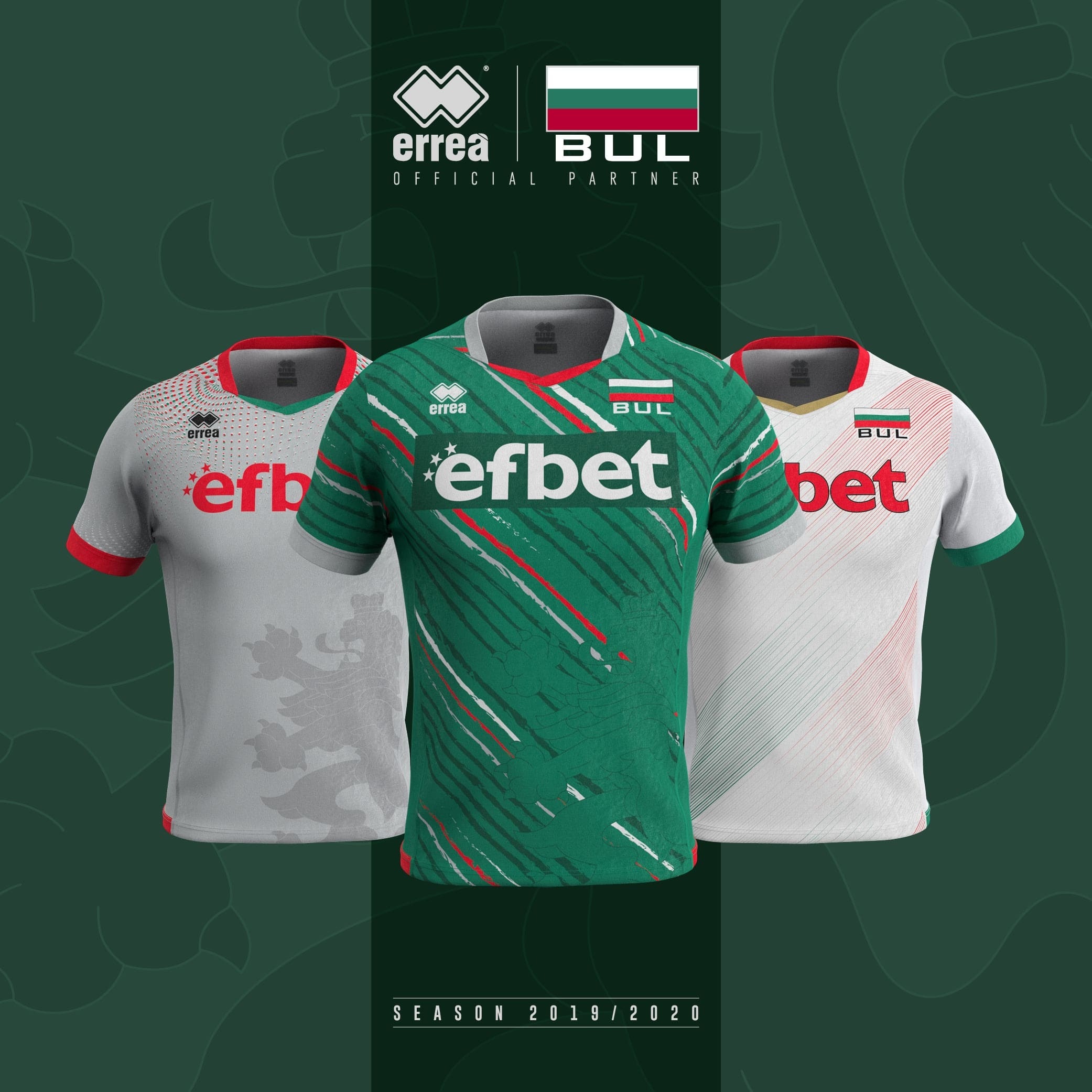 The Armeets Arena in Sofia was the setting for the announcement, today, Wednesday 15 May, of the agreement with which Erreà will become the new official technical supplier to the Bulgarian men’s and women's national volleyball teams.

Present at the event were the Federation's senior management, Silvano Prandi (men’s coach), Stefan Cholakov (Team Manager), players from both teams, and also the President of Erreà Sport, Angelo Gandolfi.  As a result of the collaboration with Sport Depot, the official importer to Bulgaria, represented by the Chairman, Mr Krasimir Tzonov, Erreà Sport will be kitting-out one of the strongest and most highly-rated national volleyball teams in the world.

At the same time as the presentation of the partnership, Erreà Sport and the Bulgarian Volleyball Federation, unveiled the new official strips that the men's and women's national teams will be wearing at the Volleyball Nations League and the forthcoming European Championships 2019.

The distinctive and striking graphics of the first men’s shirt reveal streaked lines that have been transfer printed in the green, red and grey colours reminiscent of the Bulgarian flag, with its major stylistic feature being the stylised image of the lion that is the symbol of the national flag.  Painstaking attention has gone into the smallest of detail, and the shirt has a refined v-neck collar, in the same grey as the sleeve edges, and a red insert.  The second shirt, which has a totally grey background, features the distinctive image of the lion, and it is embellished with an original pattern of dots, in the upper part, as always, in the national colours.  The third shirt, also elaborately finished, has a white background on which a number of diagonal white, green and red stripes appear, with inserts and details in gold embellishing the look.

The highly technical fabric chosen for the shirts is perfect for volleyball and it is characterised by top quality elasticated yarns that provide the garment with maximum elongation. Really soft to the touch and extremely lightweight, the shirt follows the body's movements with extreme naturalness, guaranteeing exceptional comfort.

The same graphics and motifs appear on the women's shirts, that are flared and fitted and designed specifically to emphasise the feminine figure.

However, what Erreà produces and supplies does not just consist of the match strips, but is enriched in terms of teamwear and leaisurewear, with the manufacture of the Stripe iD range, made to measure for both the national teams: polo shirts, fleeces and trousers for men and women, characterised by the totally customised iconic stripe, with a green background and the colours and name of Bulgaria. A new level of customisation that will make it possible for our teams to express and wear their own unique and unmistakeable identity.

Underscoring the pride felt on entering into this new and stimulating venture, Angelo Gandolfi, Chairman of Erreà, made the following statement about the sponsorship deal: “We are very pleased to be able to officially announce this new agreement that will see us working alongside one of the strongest and most up and coming federations in world volleyball. We have worked closely with the Federation and will continue to do so in the future, using all our expertise and professionalism acquired over the years through collaborating with some of the most important national teams and-well known clubs in international volleyball."

All the garments produced for the Bulgarian Volleyball Federation by Erreà Sport are certified to the OekoTex Standard 100. This certification, that the company was the first to obtain in Europe in the teamwear sector in 2007, is a certification that sets extremely stringent limitations on the use of harmful substances, guaranteeing the utmost quality and a high standard of safety. 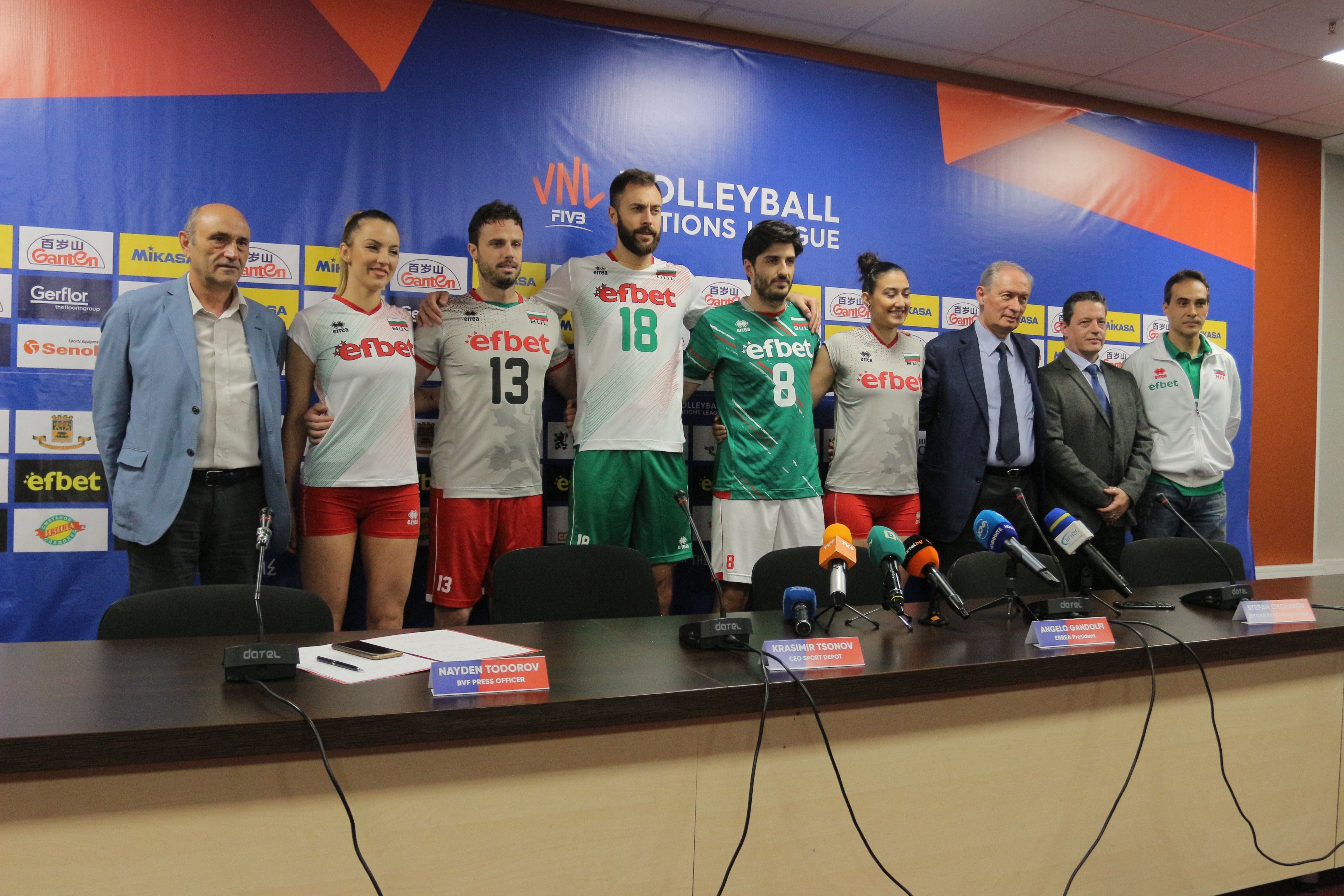