Erreà Sport is FK Sarajevo's new technical sponsor. The agreement and the three official kits for the 2021-2022 season have been unveiled 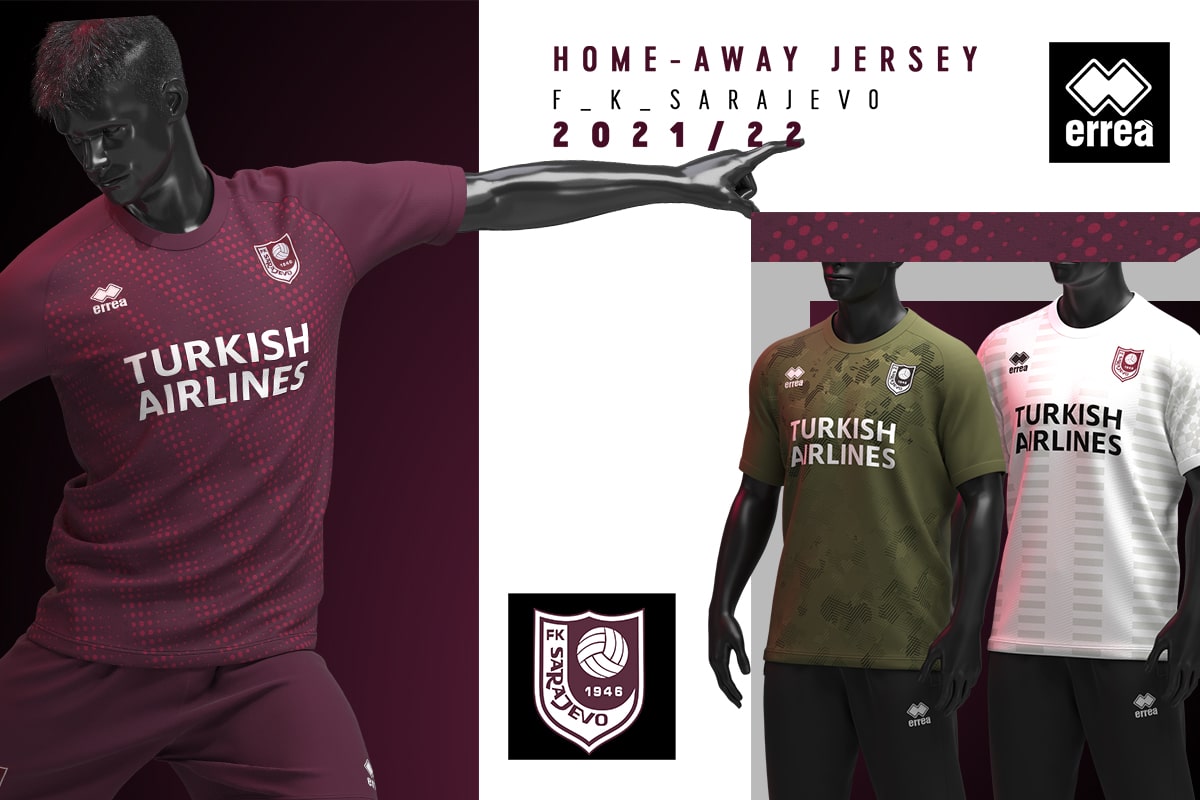 Erreà Sport is pleased to announce that it has reached a four-year technical partnership agreement with FK Sarajevo.

FK Sarajevo were founded on 14 October 1946, following a merger between Sarajevo Football Club Udarnik (Vanguard) and Sloboda (Liberty). At first they were called Torpedo but subsequently adopted their current official name and they are now Bosnia and Herzegovina’s most successful club competing in the country's top tier of football, the Premier League.

The signing of the agreement between Erreà and FK Sarajevo took place on Friday 2 July, and the team’s new kits for the forthcoming 2021-2022 season were also unveiled.The terrace of the Hotel Europe in Sarajevo was the setting for the presentation. The press conference was attended by leading journalists and local media, the Italian Embassy in Sarajevo's highest functionaries, the Mayor of Sarajevo and some of the club's sponsors.

The original Italian design, sporting the Erreà logo, combines with the elegance and combative nature of FK Sarajevo, a club with a such an amazing history that this year will once again be competing in an internationally prestigious event, the Conference League.

The home shirt, also called “future edition”, is maroon with distinctive graphics in sublimation printing of diagonal bands interspersed with dots in a lighter shade. The choice of colour represents the club's future and marks the launch of a collaboration with a modern brand like Erreà.

The model, simple with a round-neck collar, has fitted wearability and the club logo is in high-definition. The year of the club's foundation appears on the back under the collar, together with the current year that will be updated every season. The kit is rounded off with shorts of the same colour with the logos and numbers in white. 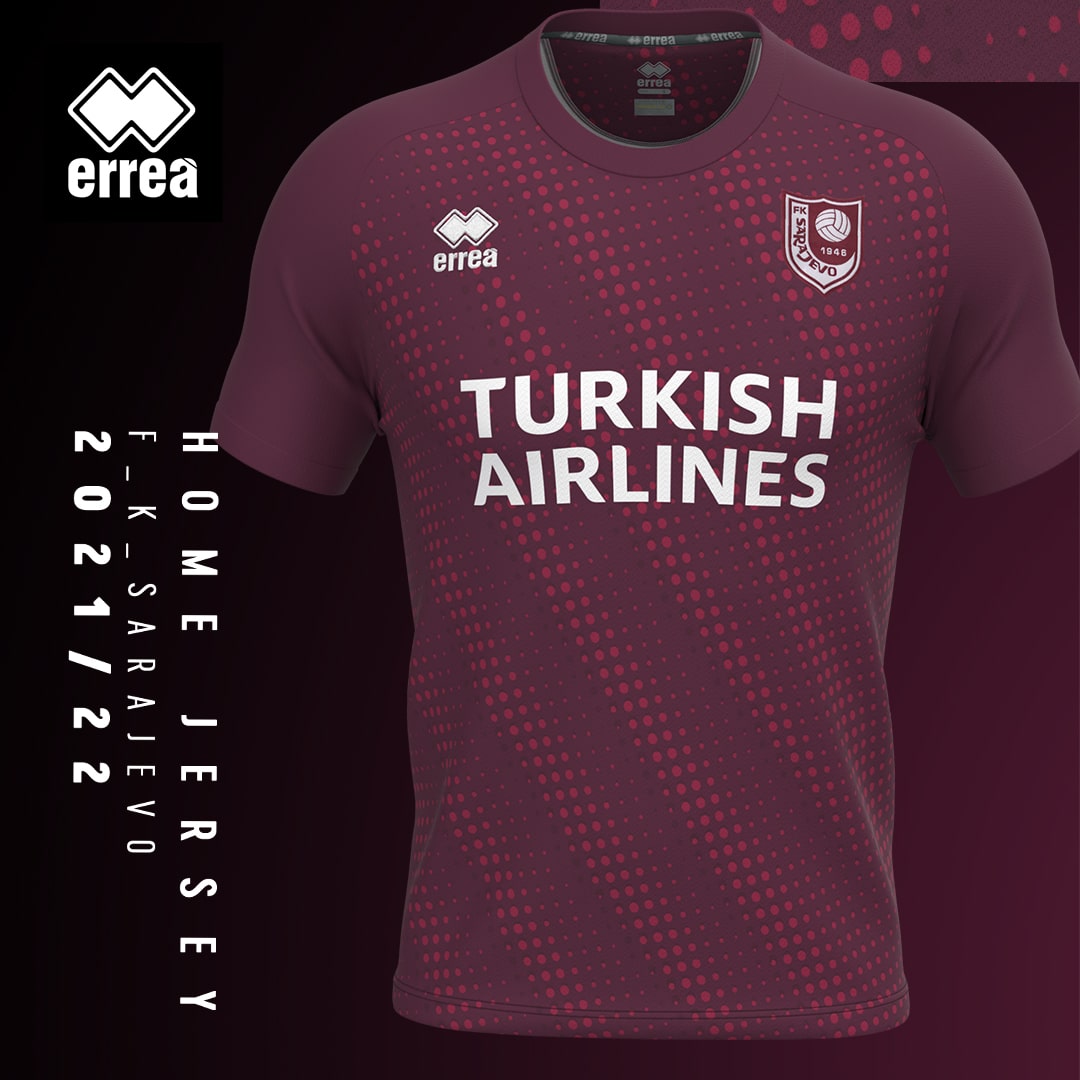 The outstanding feature in the away or “city kit” is Sarajevo’s history. The white shirt has a brand-new tone-on-tone pattern in a shade approaching light grey which appears on the front and back and which draws its inspiration from the architectural features of the National Library, better known as Vijenica, the symbol of Sarajevo's culture. The idea is that of including a beautiful piece of the city's history on the shirt and to proudly show off its ancient roots and traditions around the world. 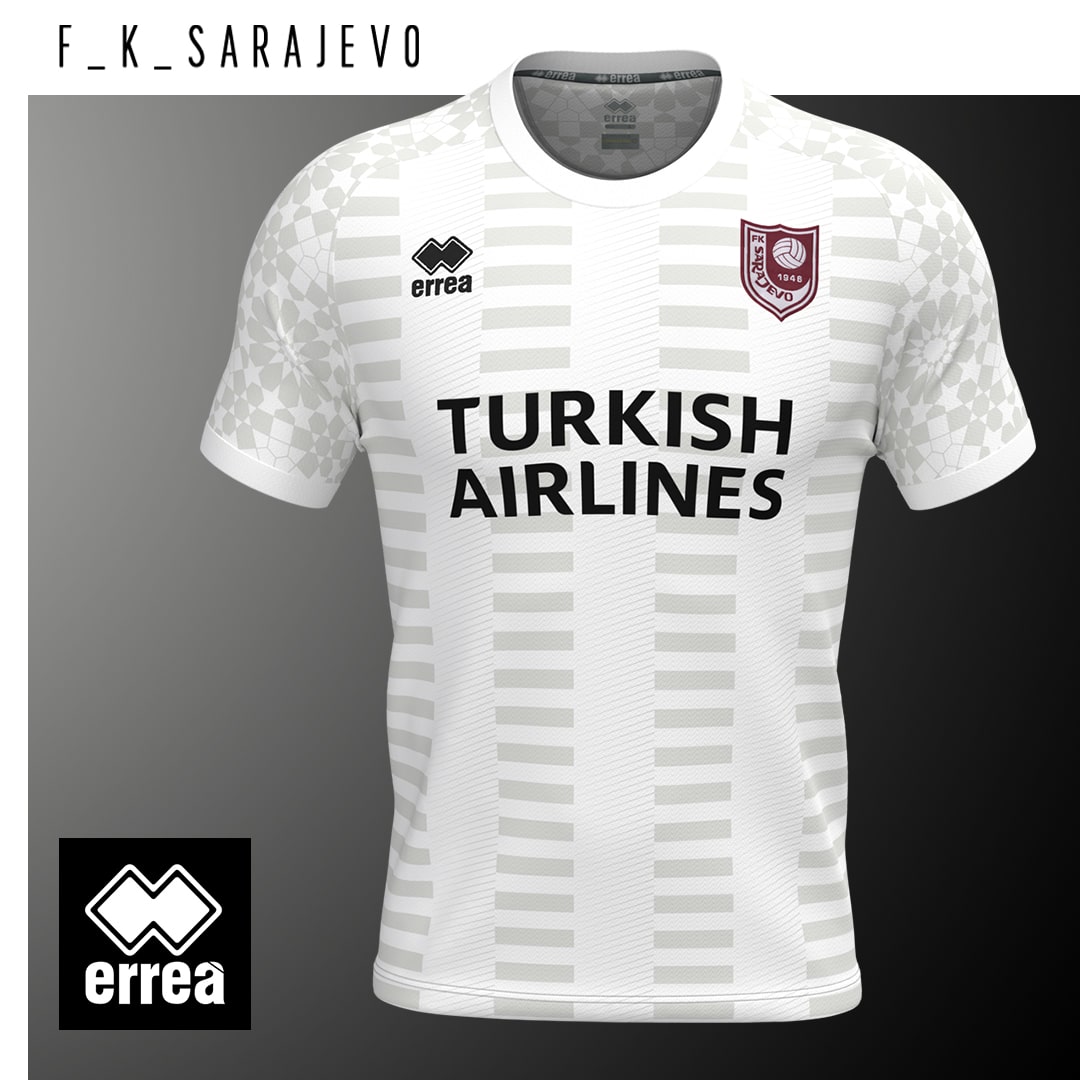 The third shirt, also named “original edition”, is aimed at broadening the horizons to design. Its new green maculated design recalls the colours of the countryside surrounding Sarajevo at certain times of the year, and the intention is to wear the shirt for international and friendly matches. 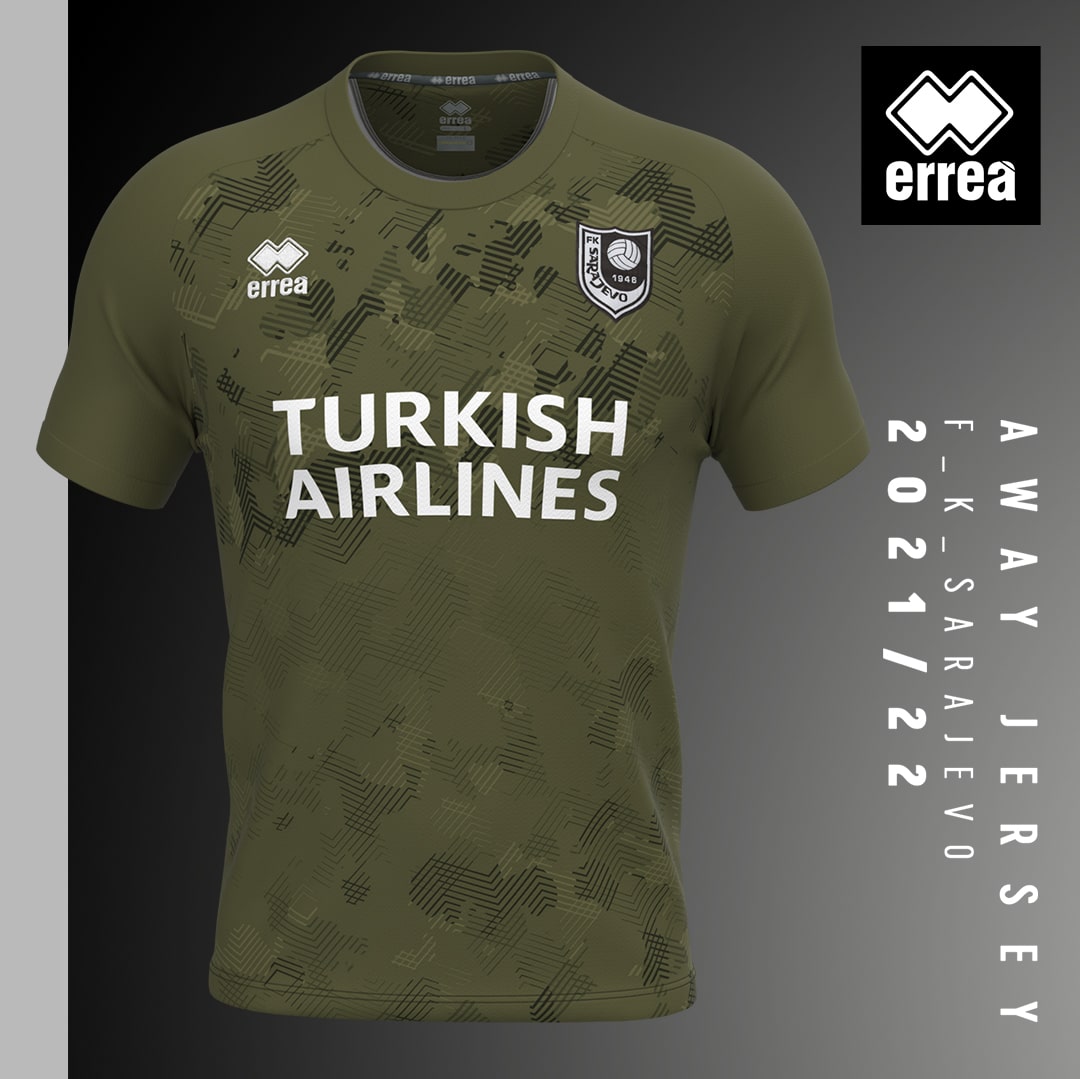