Erreà Sport and Rugby Europe announce a four-year partnership deal. Erreà will be the official technical sponsor of the European governing body

At its annual General Meeting, Rugby Europe officially announced the signing of a technical sponsorship agreement with Erreà Sport that will see them working together for the next four years.

Following a call for tenders managed by the agency Lagardère Sports France, Erreà was selected as the official technical supplier of the European governing body until June 2023.

As a result of this agreement, Erreà will equip 250 referees, the match officials for the 600 matches organised each season by the Federation as well as the educators of the 500 training sessions organised in the 48 member countries.

Erreà will therefore produce a specifically dedicated range of garments that will also be available to purchase thanks to the opening of an online store.

This prestigious collaboration will begin with the first round of the 2020 Rugby Europe Championship, which will be on Saturday 1st February, with the following matches: Georgia-Romania, Russia-Spain and Portugal-Belgium.

Florent Marty, Managing Director of Rugby Europe, commented as follows about the agreement: “We are delighted to partner with Erreà Sport for the next four years. This historic European brand fits perfectly into Rugby Europe’s new marketing strategy and will bring us its technical know-how and Italian elegance.”

Enzo Montrucchio, Erreà Sport’s General Manager for France, said: “What will bind us to Rugby Europe is not - and is not intended to be - just a simple supply or collaboration agreement. We want to undertake a unique process that will, first and foremost, be a project of involvement. Erreà is a company of ideas and values, and our intention and strongest ambition is to set out programmes and objectives that can be developed and built together.”

Rugby Europe is the European governing body responsible for the promotion, development and organisation of the international competitions for the 48 member unions in Europe. Each season it organises 80 international matches and 20 European tournaments, which include the Men’s Seniors European Championship (Rugby Europe Championship, Trophy, Conferences 1 & 2, Development), the U18 and U20, and all the men’s and women’s Rugby Sevens, as well as the qualifiers for the World Cup and Olympic Games. 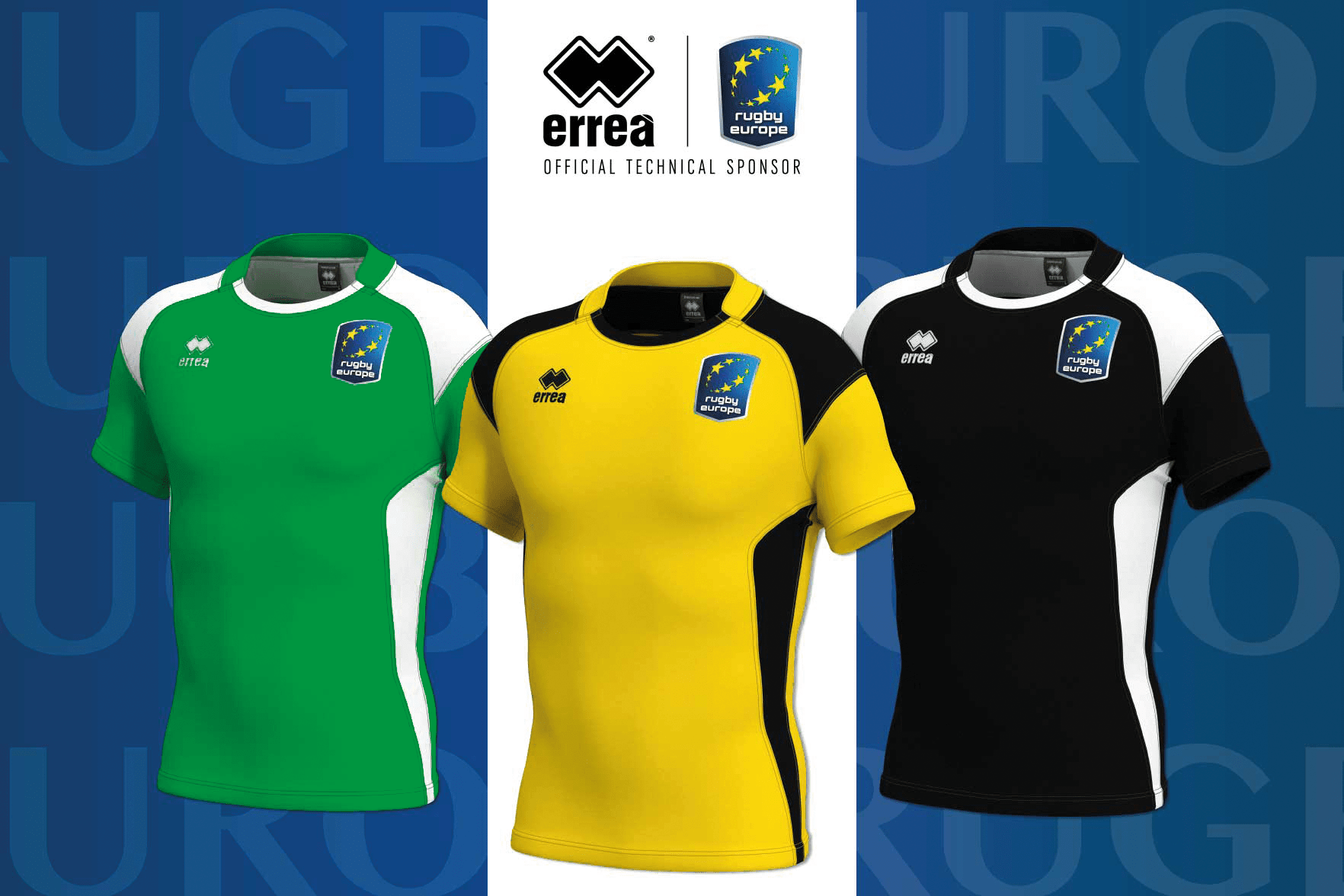