Erreà Sport and Miami Beach CF: here are the new official kits for 2020!

Imagination, colour and striking creativity are the key features of Miami Beach CF’s new official shirts produced by Erreà Sport for the 2020 season.

Erreà has created lively and original strips for the Miami-based club, the first professional soccer team in the city’s history, playing in the UPSL (United Premier Soccer League), that are inspired by a colourful and brilliant mood with a typically tropical flavour.

The first strip, with a round-neck design, has a distinctive petroleum coloured background and is characterised by an imaginative dotted yellow and aquamarine graphic effect in the middle and out of which emerges the stylised image of a palm tree. The totally transfer printed graphic effect is that of a colourful and joyful cascade of lights that illuminate the shirt.

Along the shoulders there is a highly sophisticated darker coloured petroleum green band within which the Erreà logos appear in an iconic way. 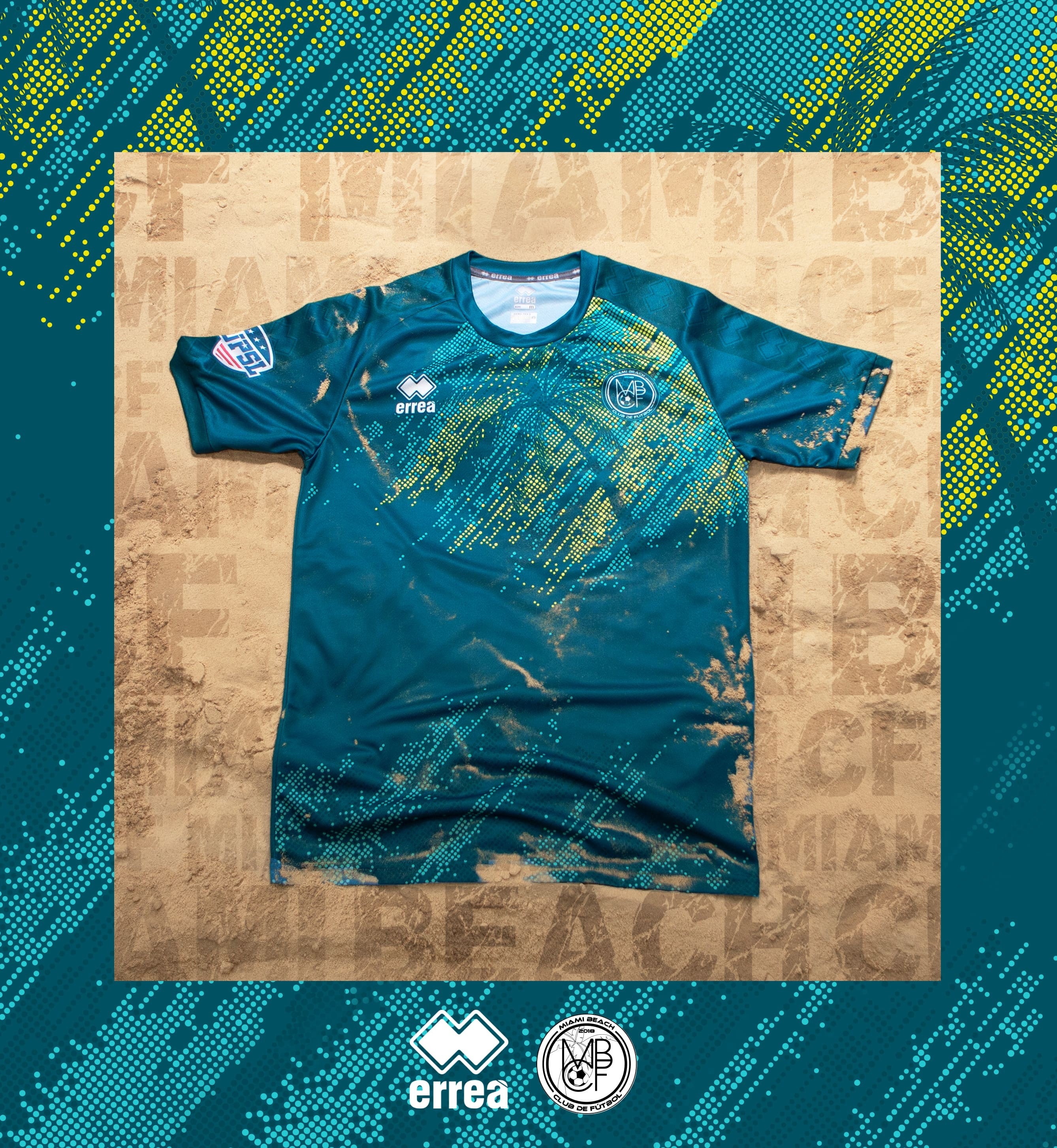 The same model is used for the away strip that has a white background, but totally innovates the graphic effect, retaining the symbol of the palm tree as its central element, surrounded by subtle edgings in blue and fuchsia. The shirt’s most outstanding feature, however, is the central pattern that reveals the club’s name, printed tone on tone and repeated on the front and back in different sizes, to give a particularly attractive street look. 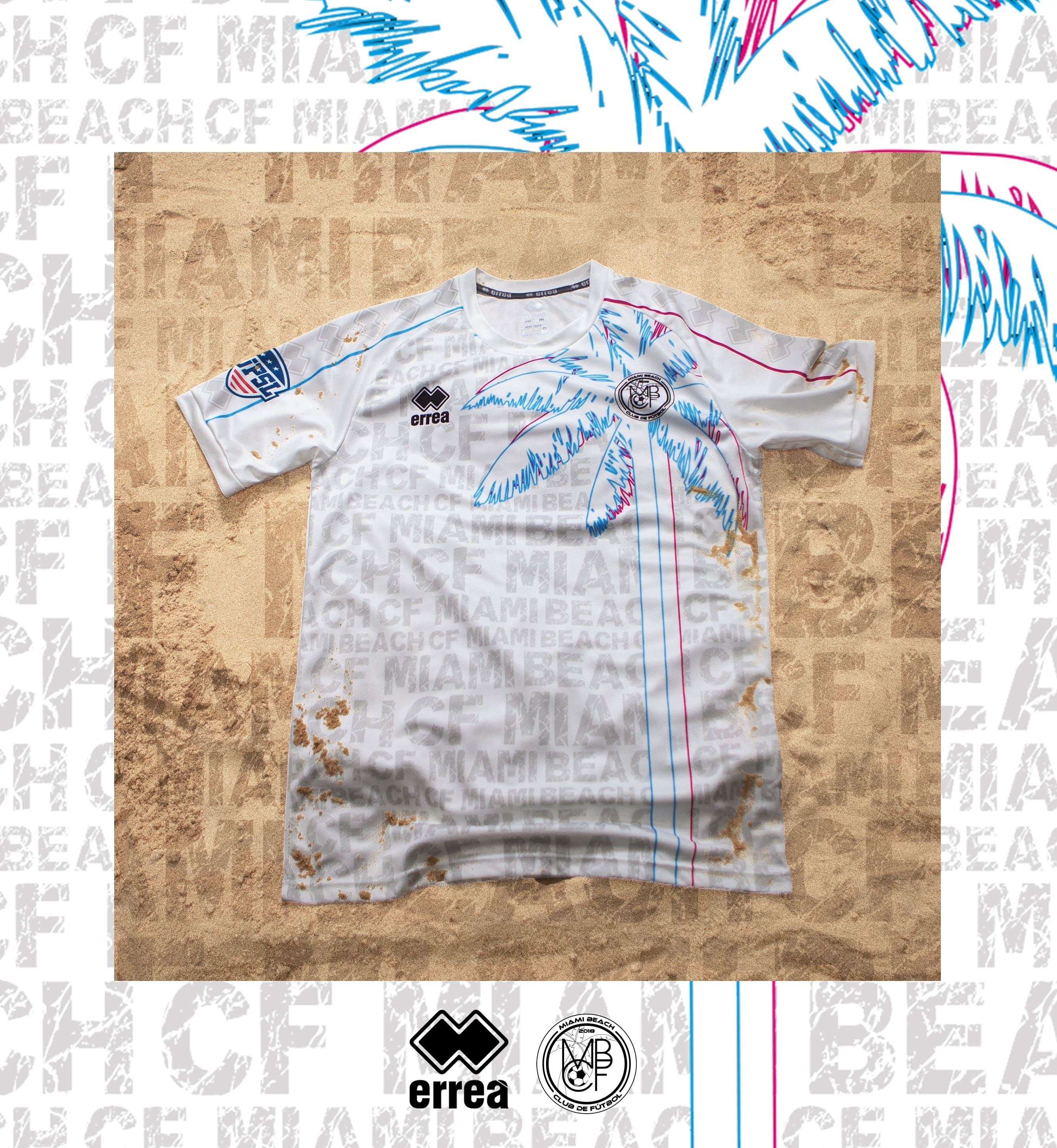 The third strip is in the same vein as the away shirt, but appears more aggressive and feisty, as a result of the black background on which the club’s name, Miami Beach CF, appears even more accentuated, with the lines that make up the palm tree still in blue and fuchsia.

Both shirts have the elegant Erreà logos printed along the sleeves. 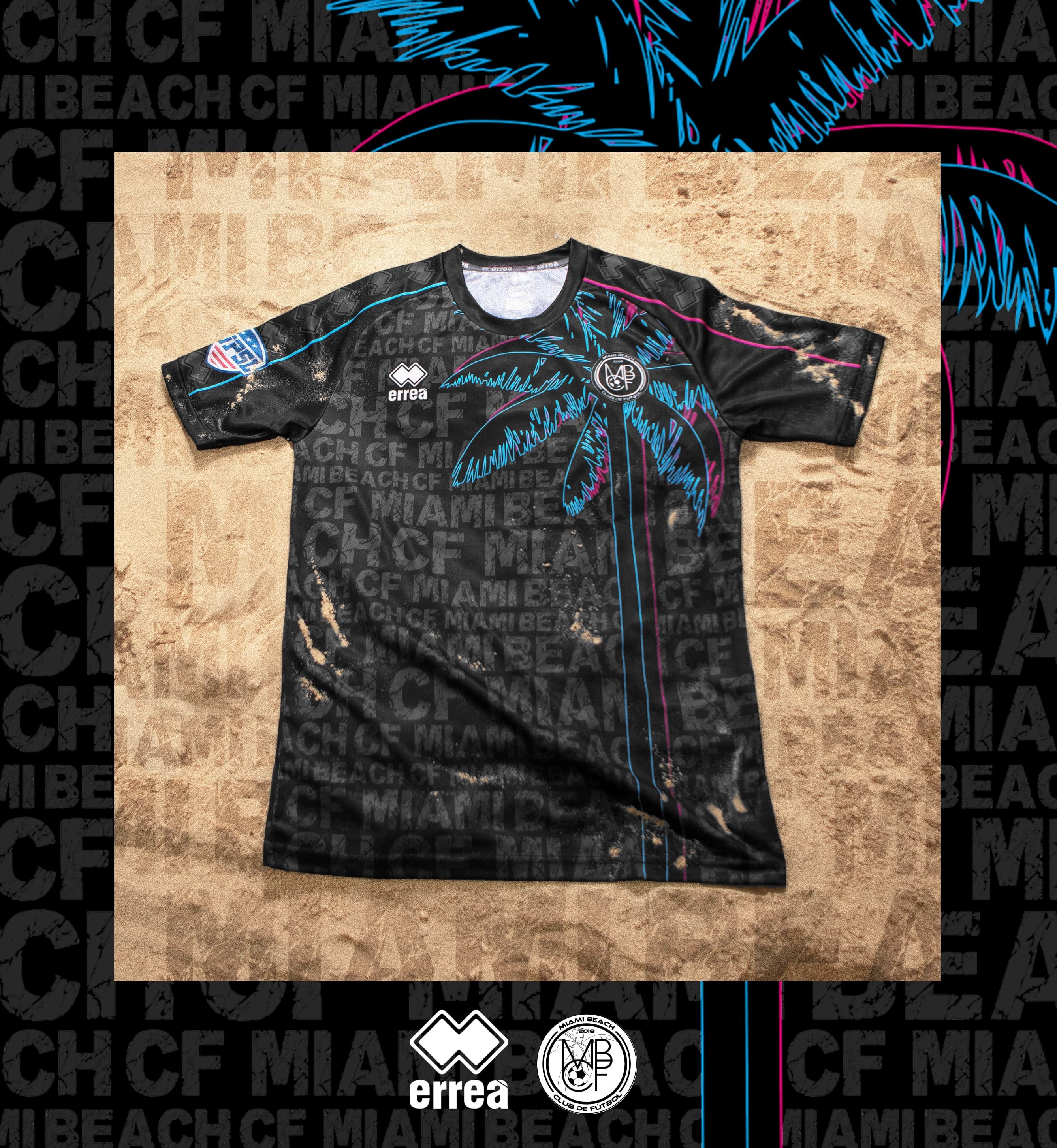 In all three of the official shirts, the semi-fitted wearability matches perfectly with the fabric used, which is soft and breathable with a double-knit construction and is characterised by the presence of tiny micro-holes that provide perfect ventilation and regulation of the body’s temperature.