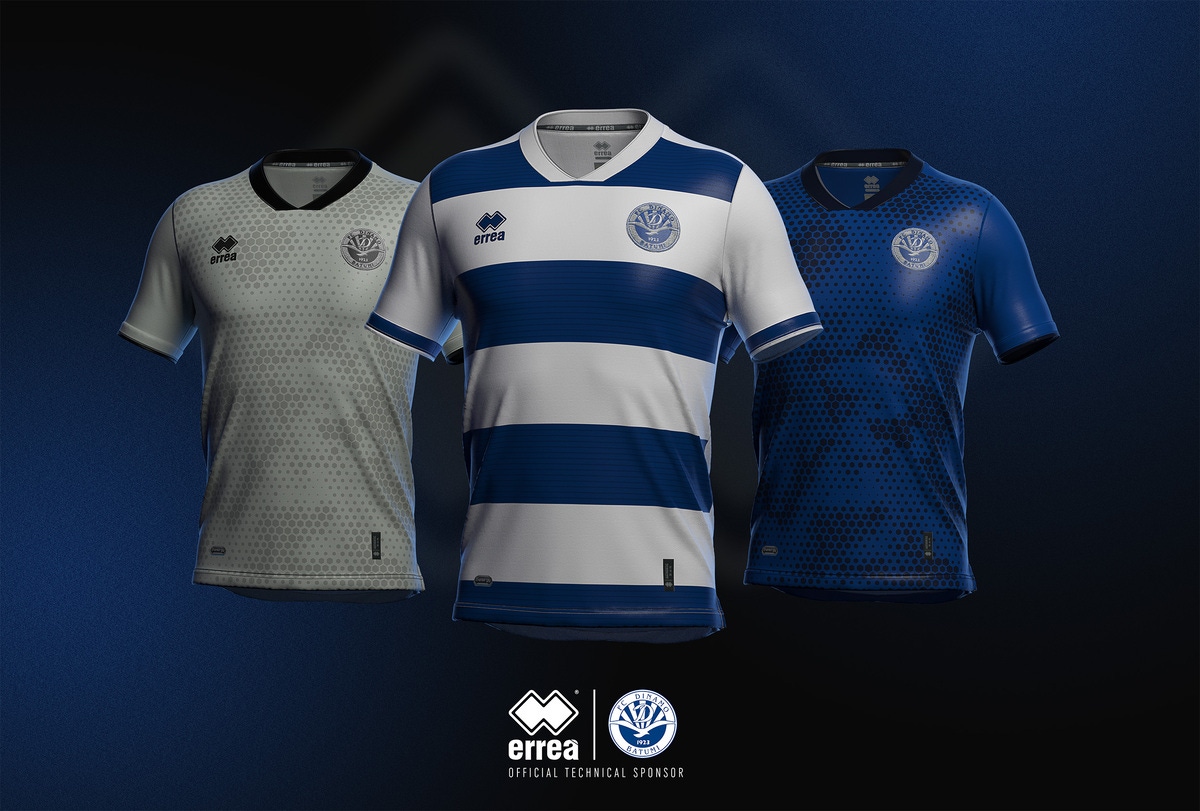 Erreà Sport is delighted to announce an important technical partnership agreement reached with Dinamo Batumi, a Georgian football club based in Batumi. Founded in 1923, the team plays in the Erovnuli Liga and won the national championship in 2021.

For the next football season, which will start at the end of February, Erreà and the club have collaborated to create the new match kits.

The home kit features alternating white and blue horizontal stripes, a close-fitting V-neck and high definition club logo. On the back of the shirt, the Georgian flag appears on the nape.

Modern and striking, the away kit is all blue with a dotted tone-on-tone and black pattern; black is also picked up in the collar and sleeve trims. 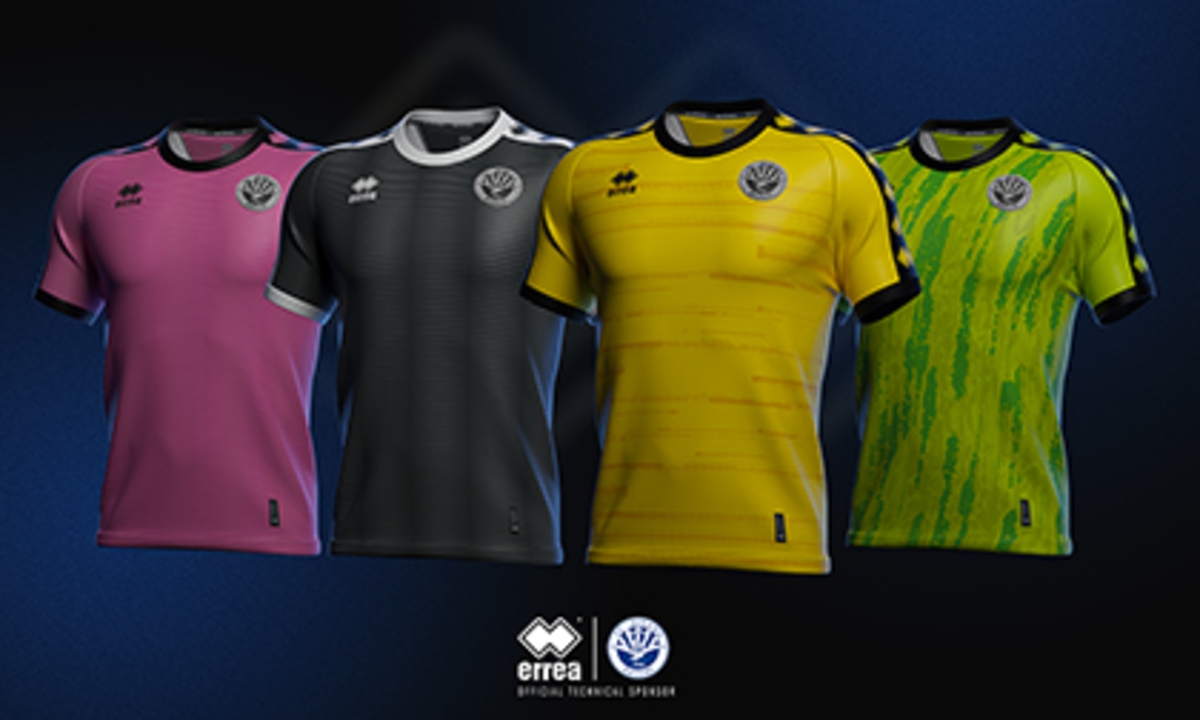 Four different shirts have been created for the goalkeeper. In fluorescent pink, fluorescent green, black and white versions with an eye-catching tone-on-tone pattern, the sleeves feature a black sublimation-printed stripe on which the framed Erreà logo is repeated.

The total result is the creation of modern and highly fashionable garments that interpret a style that is elegant and striking and totally made to measure.