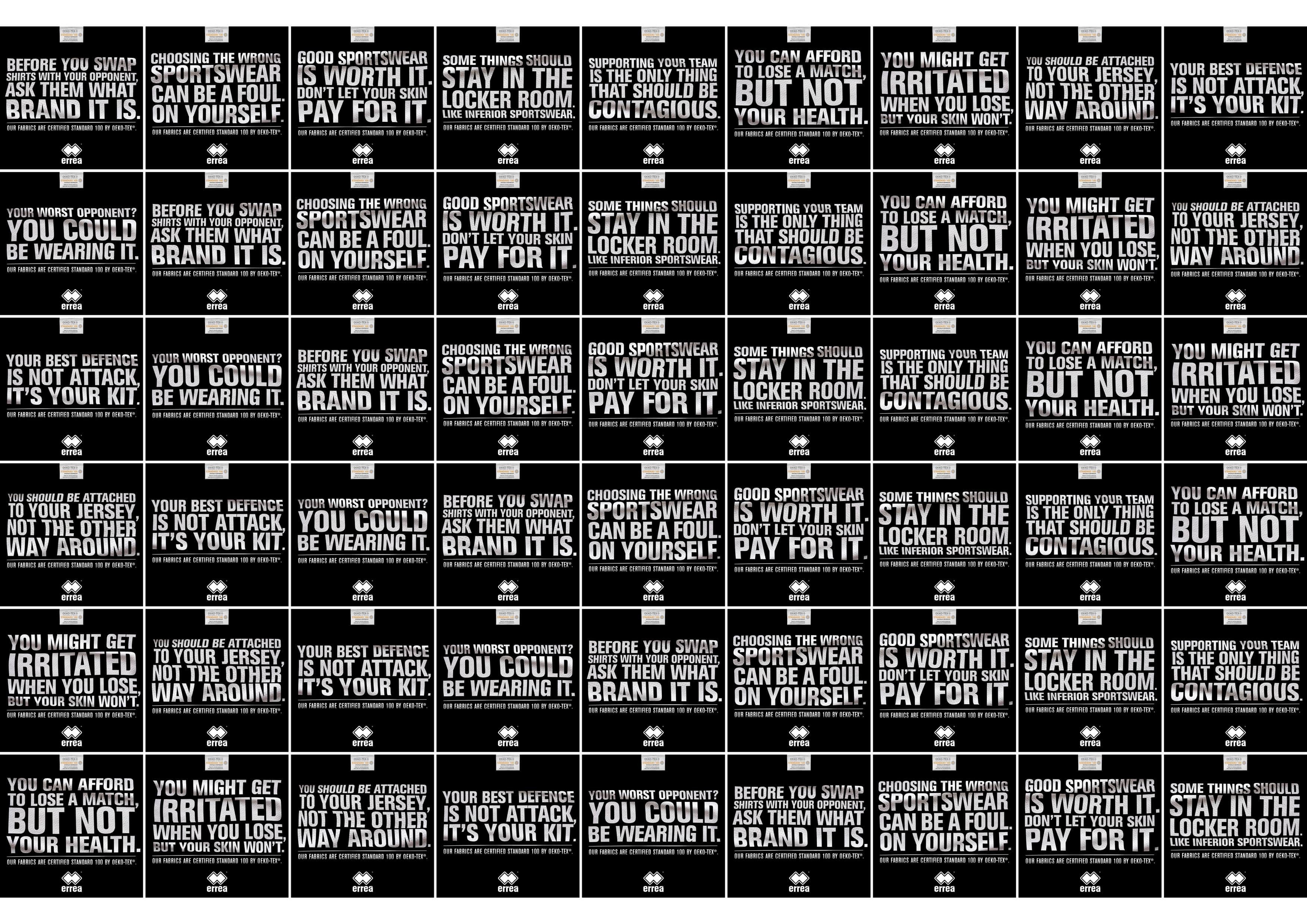 The promotion of the new campaign related to Oeko-Tex Standard 100 Certification continues.

In support of this, following the “Skin” presentation on printed paper, Erreà Sport reinforces the message still further by adding a series of short videos that from today will begin to be unveiled on the Web and social media.

Five videos, each dedicated to a specific sport (running, football, volleyball, basketball and rugby) that, in an uncomplicated, friendly and ironic language, want to tell and create an understanding of the importance of what we wear during sporting activities and the priority that we must always give to our body and our health. Quality and safety have to be more than “skin” deep. Garments of dubious origin and composition can have a negative impact on performance and it is usually athletes who pay the price personally. Hence the reason for Erreà Sport's constant commitment to search for quality and materials, that must not only be high performance but absolutely be mindful of the health of athletes.

The first of the campaign videos deals with RUNNING. The scene opens on an urban athletics track. A group of young people begins training. The only one among them who is not wearing an Erreà top, is initially in the lead but is suddenly has an attack of itching caused by the inferior quality of his top. Evidently in difficulty, he begins to slow down and than, resigned, he stops, forced to withdraw from his usual training. The disappointed look on the young man's face leads us to understanding the realisation that has dawned on him about the mistaken choice he has made, and on the resulting consequences.

The claim that appears at the end of the video, and that sums up the significance of the short video, says “Your worst enemy? You’re not confronting it, you’re wearing it”.

This, like the other messages, that are always incisive, simple and direct, but with a playful tone, will be main feature of the other videos (the disclosure of which is envisages at regular intervals in the next few months) and will be delivered individually, thanks to the special graphics, that will also be on printed paper and social media channels.

This campaign on Oeko Tex Certification is one that is enriched and filled with new content and concepts. Along with the powerful weapon of a smile, they are designed to make us reflect on an issue of fundamental importance such health and on the awareness and responsibility that each and everyone of us must have within us when when we are called upon to choose clothing that we or others will wear.

Every video ends with the campaign’s official slogan that identifies and expresses its true meaning “We stand for clean sport, even for your skin”.