Erreà is the new technical sponsor of Fosa Juniors Fc 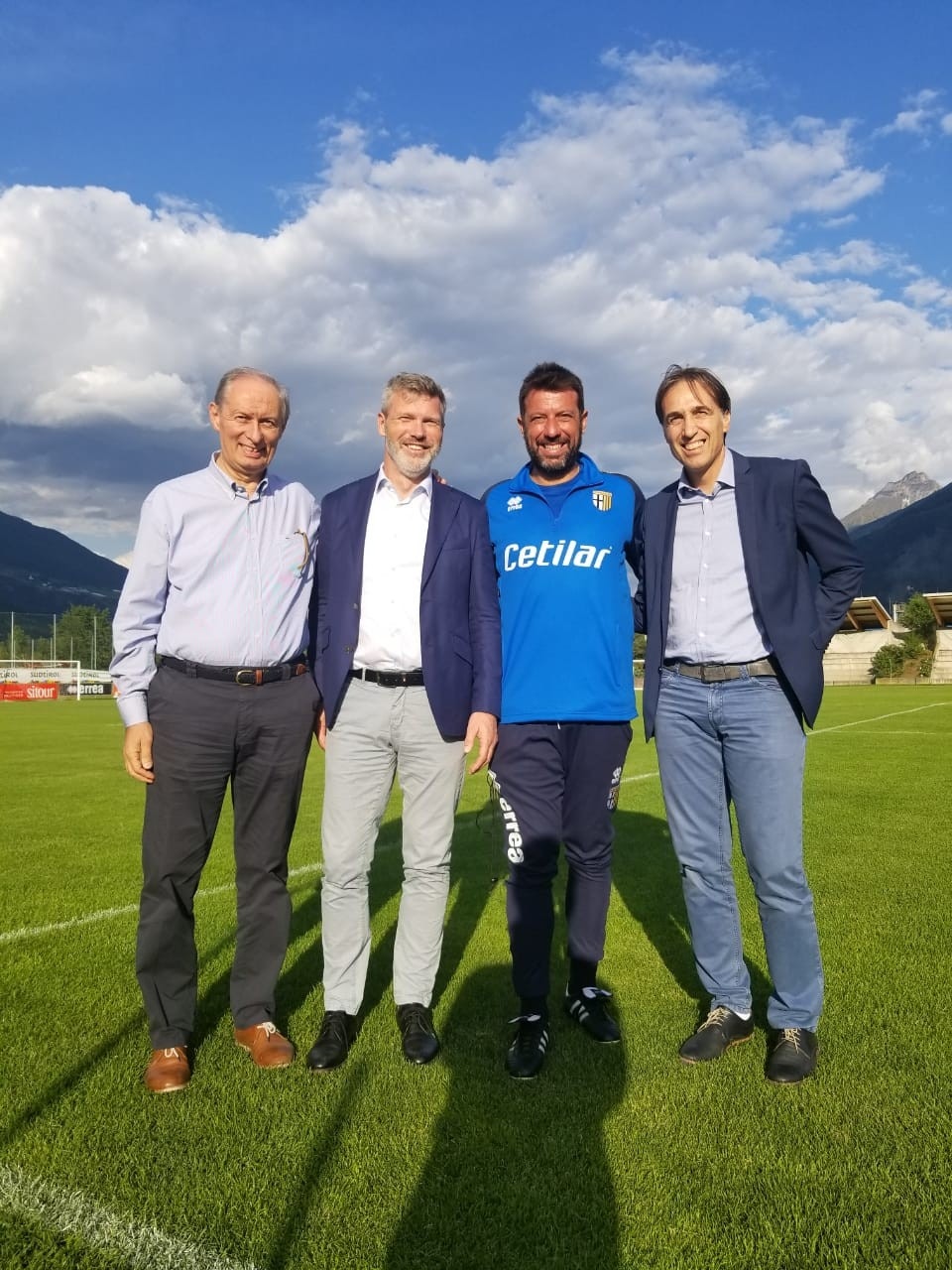 The technical partnership contract has been signed that will tie Erreà to FOSA JUNIORS FC, the reigning 2018-2019 Champions of the top tier of football in Madagascar.

The Fosa Juniors FC team are a young footballing club from the city of Mahajanga that, in the 4 years since their launch, have become champions of Madagascar, winning both the league title and national cup. From next season, which starts on 10 August, with their first participation in the African Champions League, the team will be wearing new official kits, customised by Erreà.

To top off the addition of the African club to the group of teams sporting the Erreà logo, the President of Erreà, Angelo Gandolfi, accompanied the President of Fosa Juniors to Parma Calcio 1913’s summer retreat in Prato allo Stelvio, to show off the style and quality of Erreà garments directly on the pitch during training.

In the photo from the left: Angelo Gandolfì; Mr Arno Steenkist, President of Fosa Junior; Mr D'Aversa and Carlo Stronati, Erreà's Area for Africa and the Balkans.