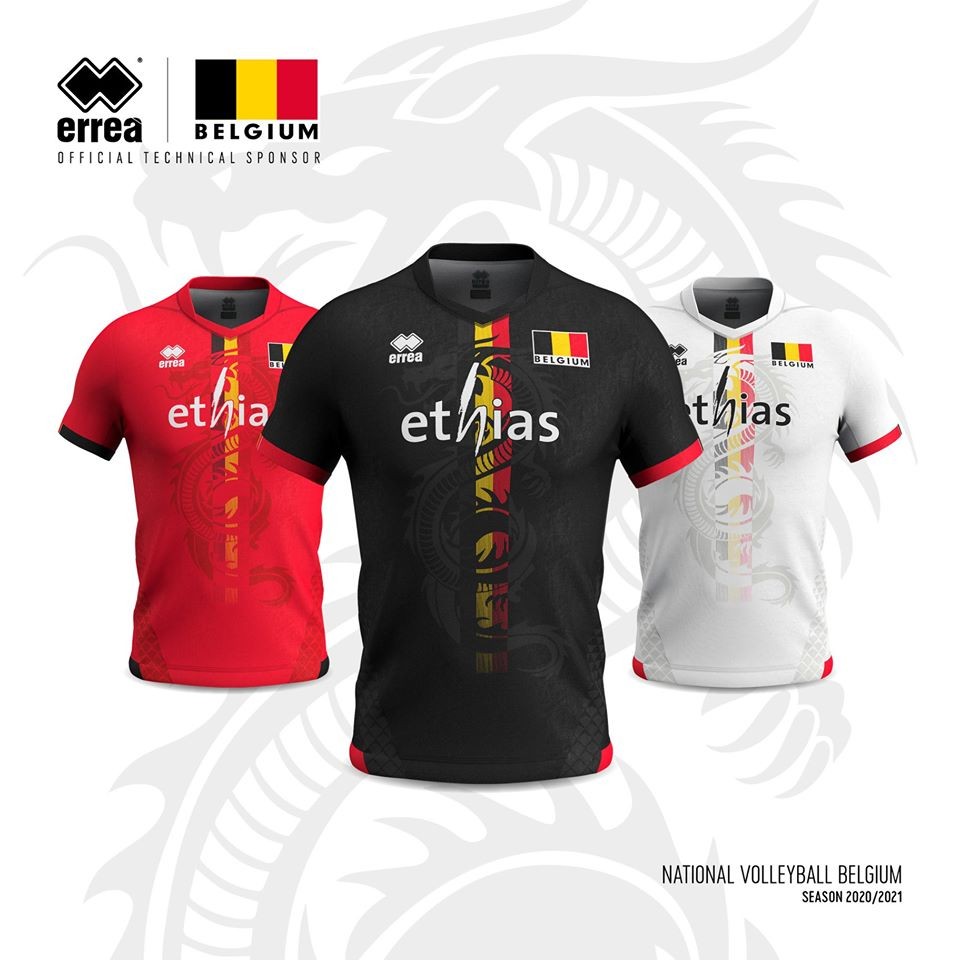 Erreà Sport is pleased to announce the renewal of its technical partnership agreement with the Royal Belgian Volleyball Federation which will continue for another 5 years.

And so Erreà Sport will continue with this highly prestigious sponsorship, kitting out the men's and women's national teams which are constantly gaining prominence and important successes in major international competitions and tournaments.

A collaboration that Erreà Country Manager, Davy Willems, commented on, emphasizing his satisfaction at this significant renewal: “We are very happy to be able to formalize the extension of the contract which will continue to bind us to one of the most promising realities in world volleyball. We have worked and will continue to work in close collaboration with the Federation, as always putting into it all of the passion and experience that distinguishes us, proud to be at its side once more".

At the official announcement, Erreà Sport and the Belgian Volleyball Federation also unveiled the new official match strips which the men's and women's national teams will be wearing as of this season.

The men's shirt, with a bold and well-defined black background, on which the colours of the Belgian flag appear, once more confirms the stylised dragon as its main stylistic feature covering the central part of the shirt. The "Red Dragons" shirt, made entirely in transfer print, is embellished with a blended black, yellow and red stripe which vertically crosses the shirt starting from the neck on the front and running round to the back. The two side panels are very striking, characterized by a particular texture reminiscent of the shapes and lines of dragon scales. A feature of the kit's semi-fitted wearability, and the technical fabric from which it is made, is its particularly light weight, softness and breathability, making it specifically suited for volleyball.

Red and white are confirmed as the colours for the away and third shirts. A great deal of attention has gone into the details of the women's model, also black and illuminated by the national flag, which has a flared, fitted cut. 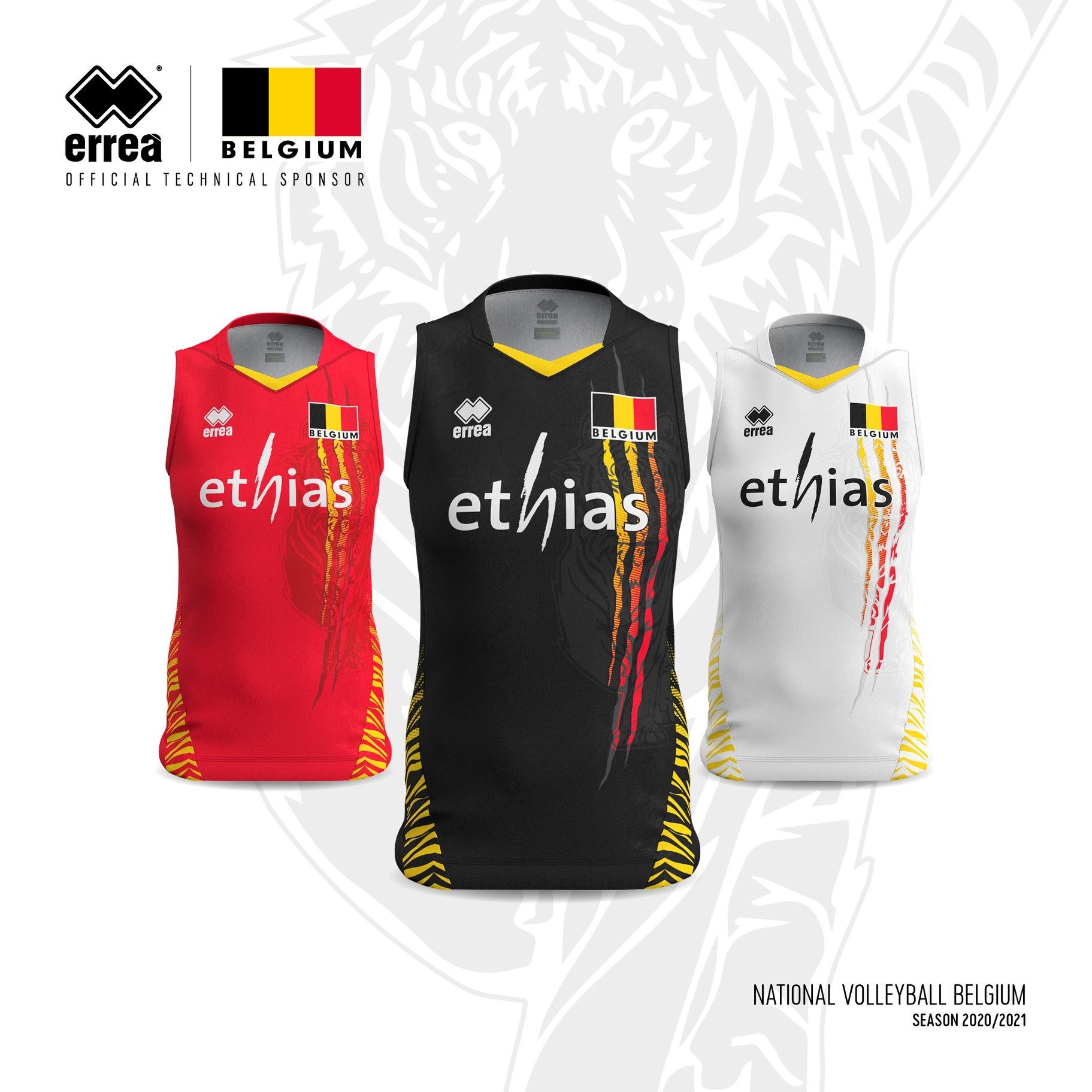 The image of the dragon, however, is replaced by the tiger motif and three scratches decorating the left side of the chest area; a reminder of the nickname given to the women's team ("Yellow Tigers"). The women's shirt also has striking side panels with a tiger skin pattern. The sponsors' logos and the players' names and shirt numbers appear in white on both the men's and women's shirts.

All Erreà Sport garments are Oeko-Tex certified. This standard focuses on health and safety requirements and sets extremely stringent limits on product components, thus ensuring that high safety standards are maintained in all conditions of use.