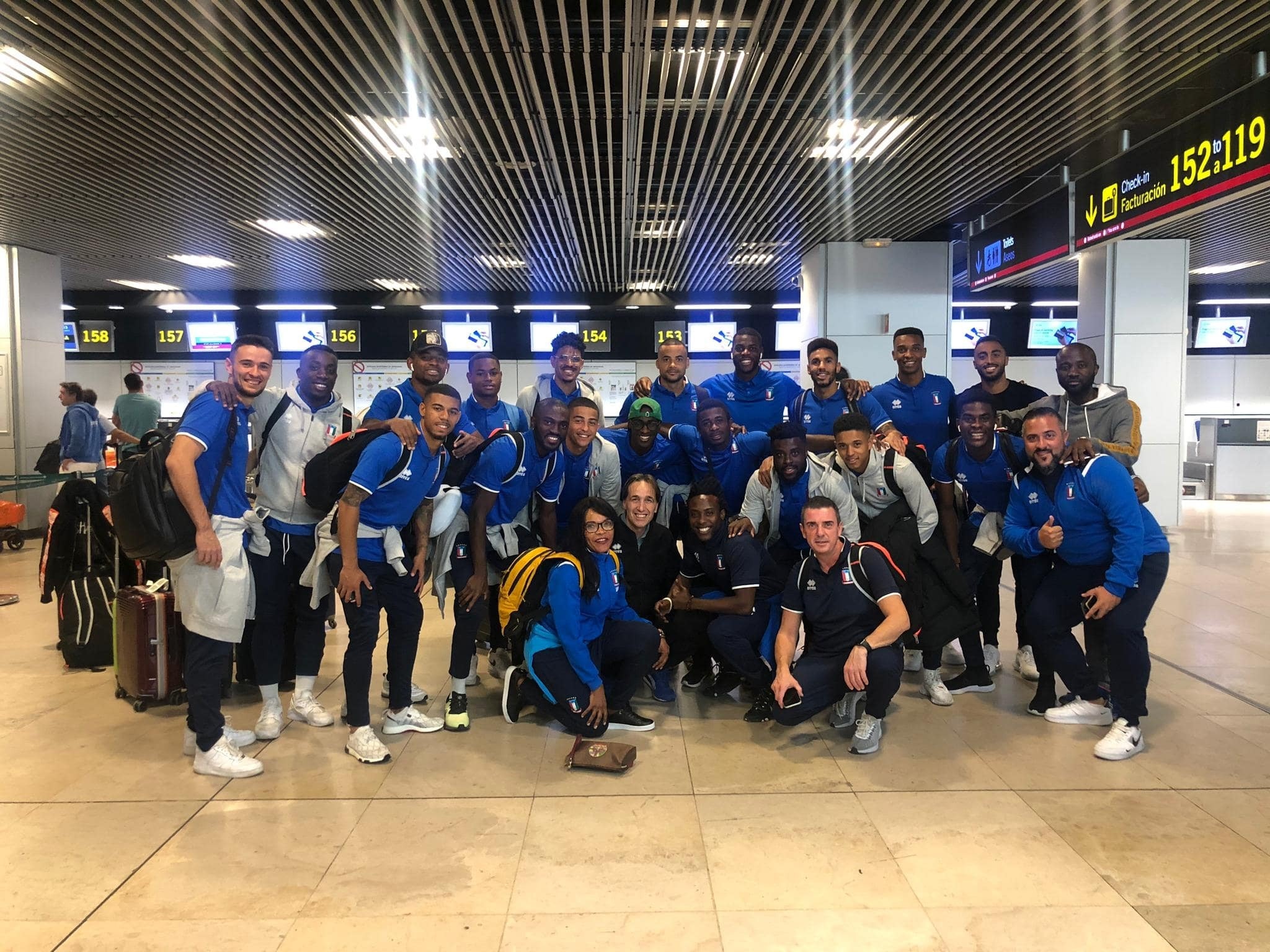 Huge excitement in Madrid for the national football team of Equatorial Guinea.

The squad, made up of professional players who ply their trade in the European leagues, gathered in Madrid in preparation for their departure for Africa, where they will play their Africa Cup of Nations Qualifiers against Tanzania on Friday 15 November in Dar Es Salaam and Tunisia on Tuesday 19 November in Malabo.

This is the first time that Erreà Sport has kitted out the team led by Pedro Obiang, a professional player who currently plays for the Italian Serie A team, Sassuolo Calcio, having previously played for West Ham.

A thank you goes to the staff, consisting of Ana Cristina Maye and Josele Gonzalez, and we wish the Federation and all the delegation the very best of luck!