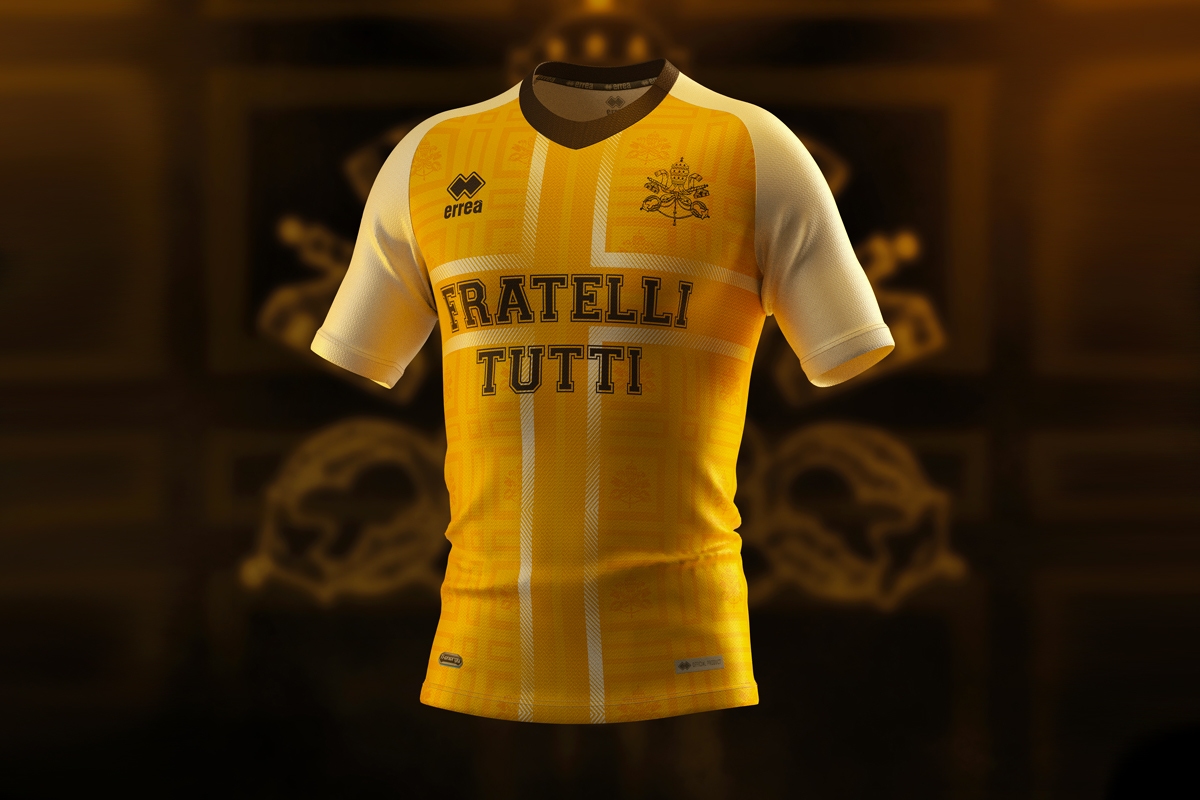 All eyes will be on the friendly being held this Saturday, 21 November in Rome at the Formello Sports Centre between the Pope’s “Fratelli Tutti” team and the team representing the World Rom Organization. The aim of the event is to boost commitment to non-discrimination and anti-racism.

To mark the occasion, Erreà Sport has created a special shirt for the “Fratelli Tutti” team.

Yellow with a very striking design, the shirt has a texture effect featuring a papal logo motif. Emblazoned on the front of the shirt is a cross over which the words “Fratelli Tutti” is printed in black; not only is this the name of the team, but also the event’s primary slogan. 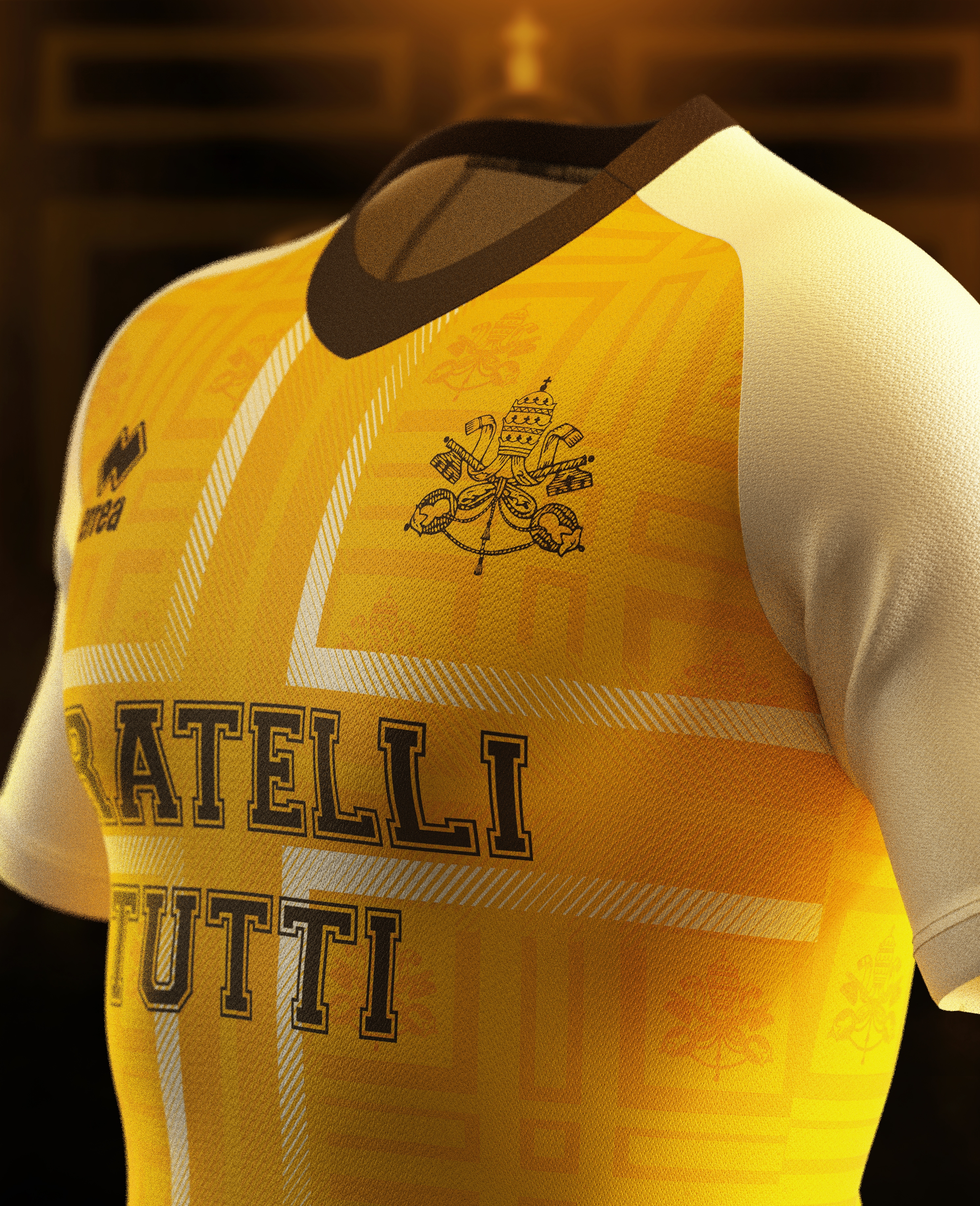 Made of Ti-energy yarn, the shirt is highly evolved in its features and functionality thanks to the use of two distinct technologies: the permanent integration of zinc oxide nanoparticles encapsulated within the fibres of the yarn which confer effective antiviral and antibacterial properties and the Minusnine J1+ treatment which makes the fabric hydrophobic.

The papal team is mainly made up of Swiss guards, Vatican employees, Vatican employees’ children, priests serving in the Secretariat of State, the Roman Curia and the Pontifical Ecclesiastical Academy, but also includes young migrants from the Community of Sant’Egidio, and a young man with Down syndrome.

The match is being held at the Training Center of the Lazio Sports Club in Formello, with footballer Ciro Immobile acting as referee.

Funds will be raised at the event to support the “Un calcio all’esclusione” (Giving discrimination the boot) initiative promoted by the Diocese of Rome to promote the social inclusion of Romani and other vulnerable people. 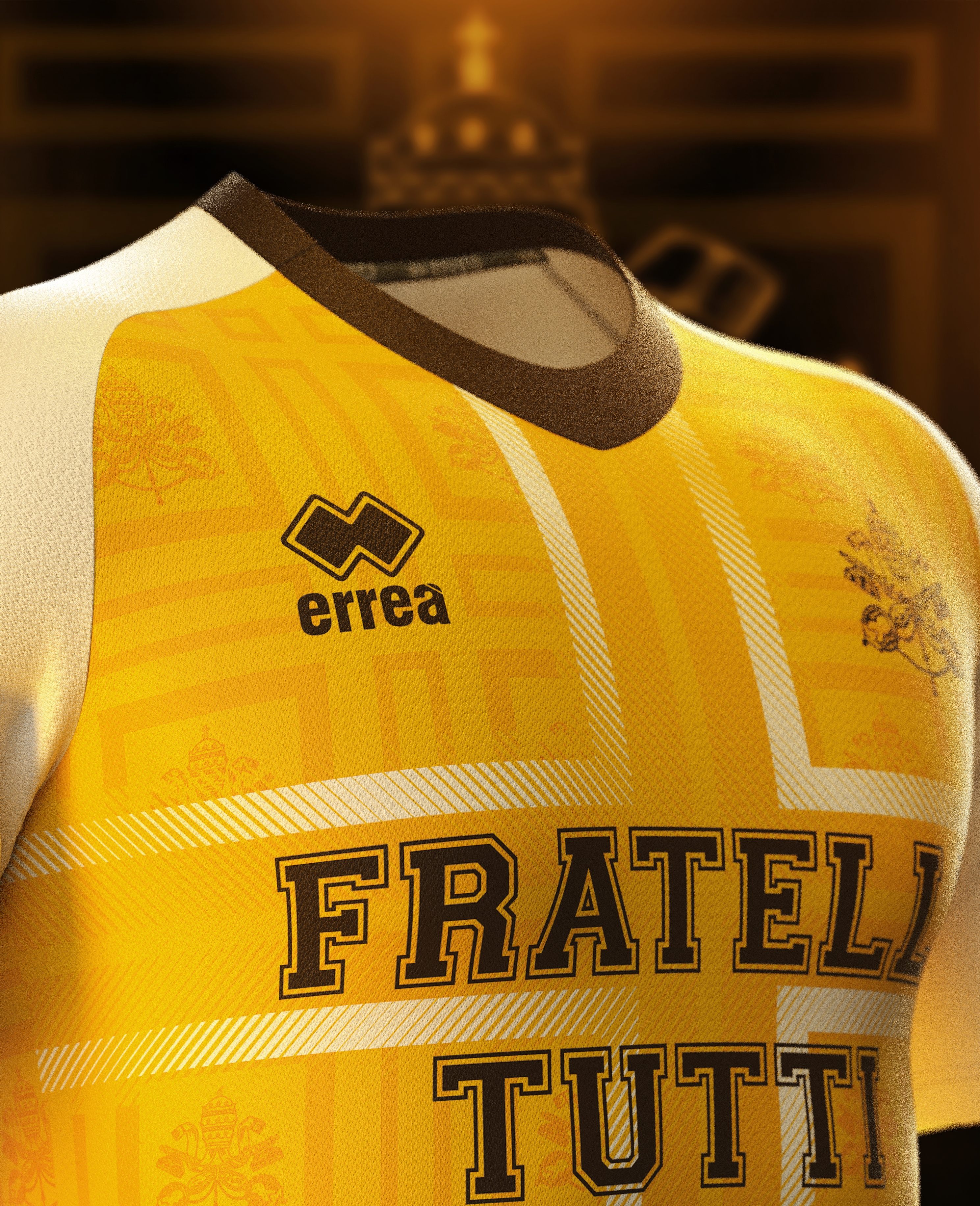