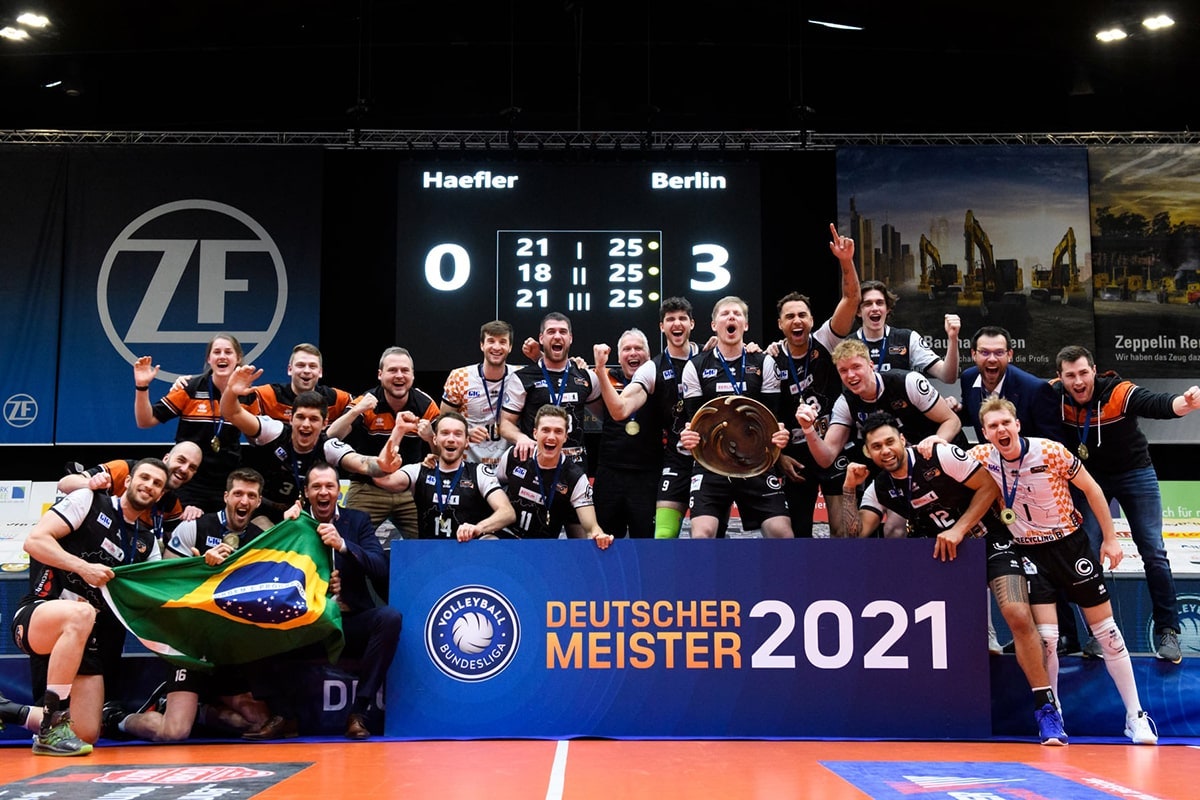 Berlin Recycling Volleys won the third game of the league final against VfB Friedrichshafen by three sets to nil, closing the match 3-0 to become Champions of Germany for the eleventh time in the club’s history.

A fantastic run and performance, confirming Berlin’s standing as one of the most important clubs at both national and European level.