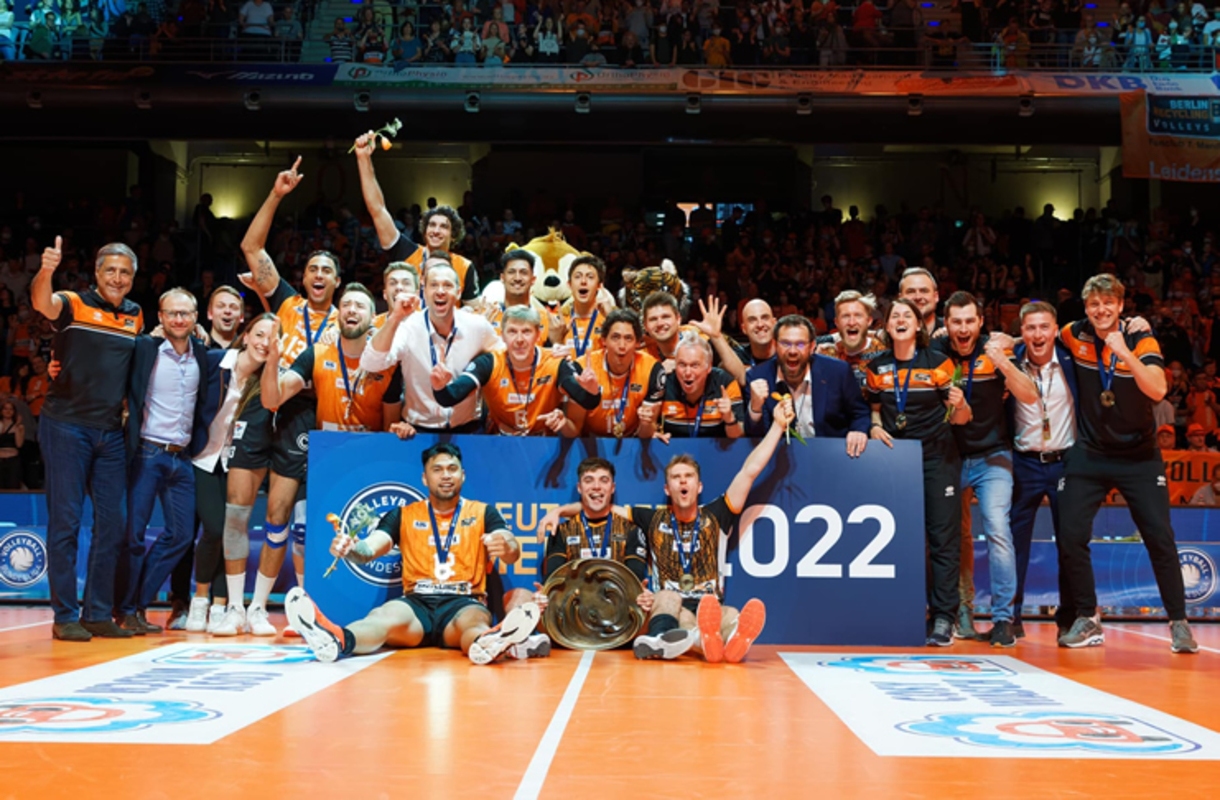 Berlin Recycling Volleys won their sixth consecutive league title. To be crowned German champions once again, they had to recover from a 0-2 deficit in the deciding series against their long-time rivals VfB Friedrichshafen - the first time this has happened in the entire history of the Bundesliga.