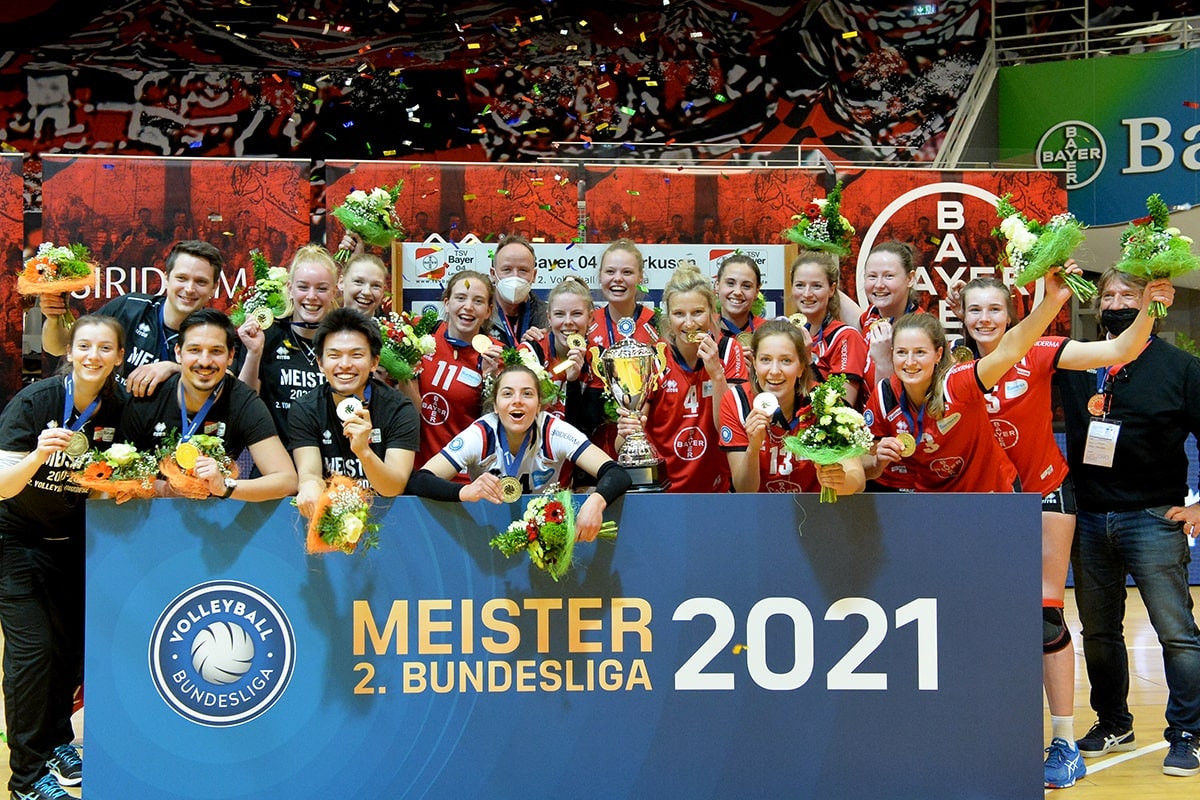 With a lead of 19 points and just one defeat, the young women of the BayerVolleys Leverkusen, team rounded off an extraordinary season to become German Volleyball B Division Champions.

BayerVolleys Leverkusen beat BW Dingden 3-0, in front of their home supporters, giving them cause to break out in joyous celebrations.

Following UVC Holding Graz’s victory in the men’s Bundesliga, this is another significant triumph in German volleyball for the Erreà Sport brand. 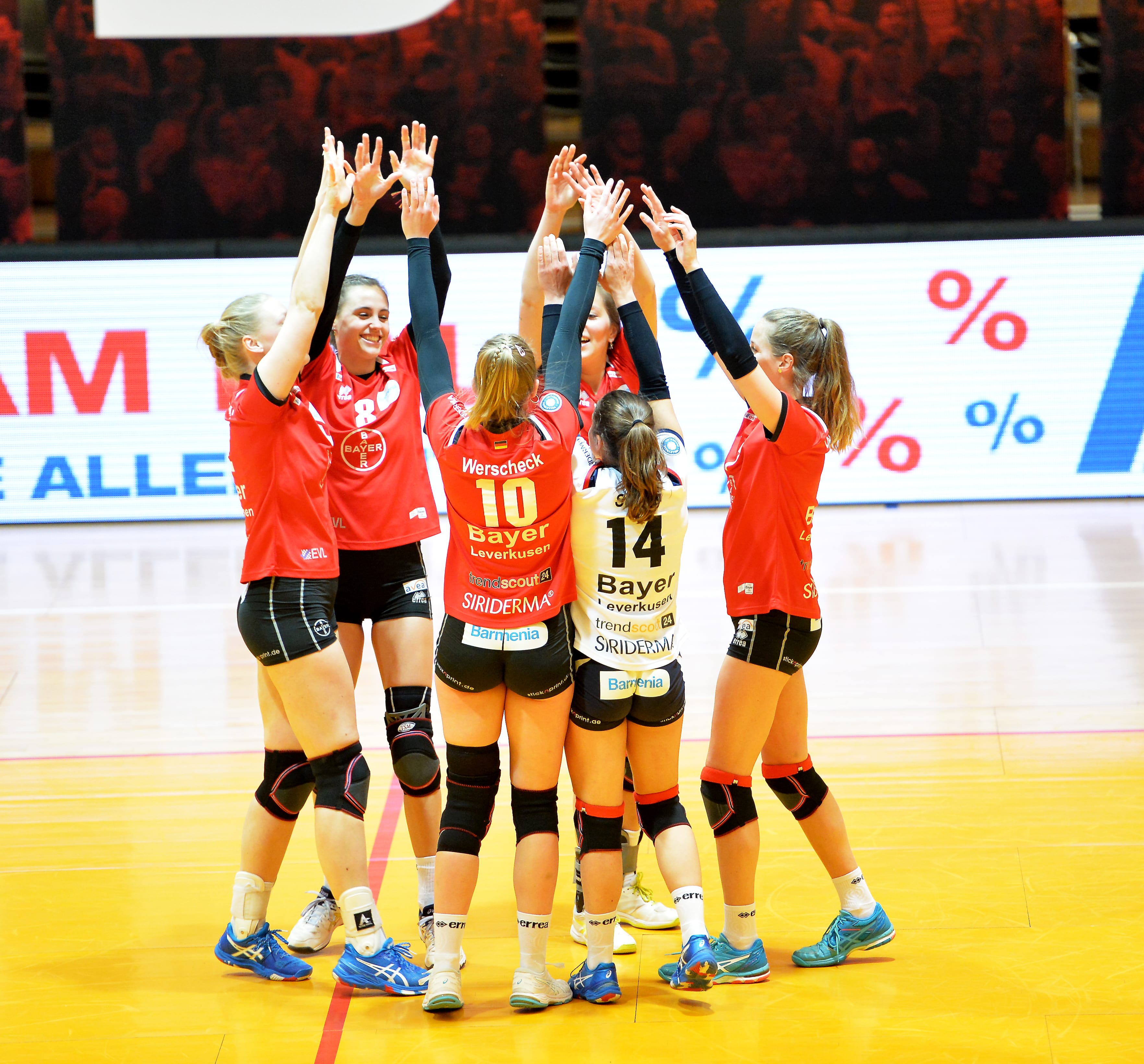